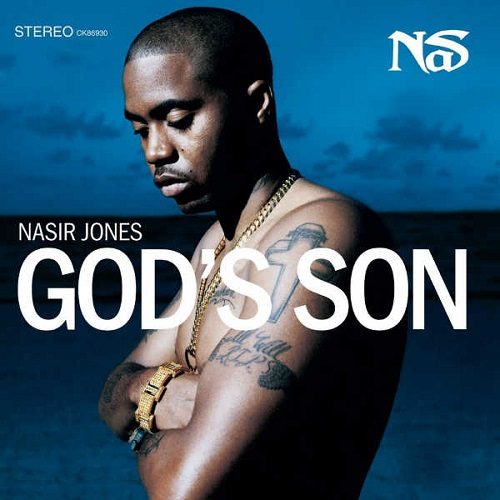 Great rappers have an ability to put a stamp on a beat or sample; to leave a mark so strong that years later when you hear it again no matter the context that artist instantly comes to mind. Even if you hear a new jack on that beat over and over on the radio or a new LP, you probably mouth the words to the original. Some people have argued that greed is the reason that old school artists sue modern day rappers for uncleared samples, but it’s probably equally as likely they resent no longer being identified with the very notes they made so dope.

One has to wonder then how Ice-T might feel, himself being usurped by Nas after once leaving an indelible stamp on James Brown with his hip-hop classic “You Played Yourself.” I caught the holy ghost on the very first track of “God’s Son” by Nas, because on “Get Down” instead of Ice flowing over the beats it’s Nas taking it to the next level by sampling James too and giving a whole new meaning to an old funk phrase:

“Walks in the courtroom, the look in his eyes is wild
Triple homicide, I sit in the back aisle
I wanna crack a smile when I see him
Throw up a fist for black power, cause all we want is his freedom
He grab a court officer’s gun and started squeezin
Then he grab the judge, screams out nobody leavin
Everybody – ‘GET DOWN!'”

It’s a hot start to a heavily anticipated album, one that follows the momentum built up by Nas release of “The Lost Tapes” just three months prior. And in no small twist of irony after the controversy over the aborted music video for “Hate Me Now” from his album “I Am” in ’99 (also the last time Nas release two albums in the same year), the album’s second track is entitled “The Cross” and speaks about his persecution by his enemies:

“I changed it up from that pop shit, it’s hard to see
R&B rappers arguably, started fuckin up the game horribly
Cause, I parted the sea, then these novices targetted me
Bitches infatuated say they love me, lyin to me
What I’ve discovered is my brother’s tryin to be
the next me, yeah I support him but he’s blinded I see
Jealousy he love me to death am I buggin I love him for life
We both still mournin on our mother’s, life
And I don’t need much but a Dutch, a bitch to fuck
A 6, a truck, some guns to bust
I wish it was that simple, the last emperor hit yo’ ass
with the Nasty Nas, diary, get out my path
I carry the cross”

The biggest surprise on this track may be when you flip open the liner notes and see that Eminem produced the simple but powerfully effective track. It’s sandwiched between tracks by the long underrated and unappreciated Salaam Remi – the opener and the first single of the CD “Made You Look.” The song’s echoing bars, stomping bass and tripped out percussion give Nas some of the grittiest material to rhyme over since he first burst on the scene with Main Source, and the perennial hip-hop favorites doesn’t dissapoint on it — in fact he even abandons the beat in verse three to go acapella:

“Like Pun said, ‘You ain’t even en mi clasa’
Maebach Benz, back seat, tv plasma
Ladies lookin for athletes or rappers
Whatever you choose, whatever you do
Make sure he a thug and intelligent too
Like a real thoroughbred is Show me love, let me feel how the head is
Females who’s the sexiest — is always the nastiest
{*needle scratches, beat stops*}
And I like a little sassiness, a lotta class
Mami reach in your bag, pass the fifth
I’m a leader, at last this a don you wit
My nines’ll spit, niggaz loose consciousness”

Abruptly as that the song ends, leaving you wondering – was there more? But you don’t have time to think about it for long, because this album keeps firing off rounds of Nas’ ammuntion with hit after hit. “Last Real Nigga Alive” is another breakdown of drama in his life including his current beef with Jay-Z. For those who thought it was over after “Takeover” and “Ether” the shit only gets deeper on this Ron Browz track:

“In the middle of that, Jay tried to sneak attack
Assasinate my character, degrade my hood
Cause in order for him to be the Don, Nas had to go
The Gam-B-I-N-O rules I understood
What you want, see, I already had
The Gift and The Curse? Fuck that shit, the first shall be last
I’m the man’s man, a rapper’s rapper
G-O-D S-O-N, there’ll be none after
I was Scarface, Jay was Manolo
It hurt me when I had to kill him, and his whole squad for dolo”

Hopefully Nas isn’t taking that analogy too seriously; because no one wants to see him go out like Al Pacino did at the end of that flick. This is followed up by “Zone Out” featuring the Bravehearts, which is a decent track but may qualify as the only real filler on the whole LP. You won’t regret skipping over it to get to “Hey Nas” featuring Claudette Ortis of City High and Kelis or the back to basics piano banger “I Can,” both continuations of Salaam Remi’s musical dominance and Nas spitting stories the way only the Queensbridge native can:

“Be, B-Boys and girls, listen again
This is for grown looking girls who’s only ten
The ones who watch videos and do what they see
As cute as can be, up in the club with fake ID
Careful, ‘fore you meet a man with H-I-V
You can host the TV like Oprah Winfrey
Whatever you decide, be careful, some men be
Rapists, so act your age, don’t pretend to be
Older than you are, give yourself time to grow
You thinkin he can give you wealth, but so?
Young boys, you can use a lot of help, you know
You thinkin life’s all about smokin weed and ice
You don’t wanna be my age and can’t read and write
Begging different women for a place to sleep at night
Smart boys turn to men and do whatever they wish
If you believe you can achieve, then say it like this”

Remi’s not the only underrated producer providing killers bars on “God’s Son” though. The Alchemist does a track that Nas apparently found so inspiring he opens “Book of Rhymes” with the words “You know me man – I’m the type of nigga that write rhymes right on the spot in the studio soon as I hear the track.” Amusingly though, he pulls out what he claims are a couple of OLD books of rhymes, and leafs through them dropping gems. It’s nice to see when thought is put into the concepts like this, because not only can you can hear him turning the pages in the background, but he even reads a couple of rhymes he doesn’t like enough and says “nahhh” with a turn of the page and says “that was weak” and switches to a page he feels is better. Funny how even his rejects are tight:

“Pimps and card sharks, thiefs murderers with hard luck
Addicts and fiends, prostitutes passin for teens
It’s my society; cops that shoot blacks is routine for notoriety
Grow up watchin well dressed niggaz with charms
Beautiful ladies on they arms
Dangerous new cars was my fantasy for Nas
Rubbin my lips with Campho-Phenique
Still behind the ears wet, turned out to be pioneers — vets
amongst hustlers, crack sellers and liars and squares
Nah {*crumbles up paper*} that was weak there”

The following track is an alternate version of the acapella remix to “Thugz Mansion” that appeared on the posthumous 2Pac album “Better Dayz” with extra lyrics. This is followed by another hardcore Alchemist joint entitled “Mastermind” where Nas shows himself to be as calculating as a world class chess champion; planning out all his moves in advance:

“I knew, they kill heos too like Rae Carruth
They used to spray troops, now they managing groups
The main nigga Sonny had big money since ’82
Had two of my dogs whacked — nuttin I could do
That was back when I had no crew, I switch that
Now I’m strong with niggaz who felt Sonny was wrong
My money’s long his money is weak, he’s losin sleep
Trying to feel me out, to see what it’s gonna be
But I’m a Mastermind”

Interestingly ALICIA KEYS of all people produces a track; the surprisingly punchy and omninous “Warrior Song.” The album is closed out by Alchemist’s last track “Revolutionary Warfare” as well as beats from Agile and Chucky Thompson on “Heaven” and “Dance” respectively. The latter is a direct tribute to his late mother:

“I spark one up, a star blazin
Thinking of how amazing she was
A angel gave me love
I’m thankful, to ever know a women so real
I pray when I marry my wife’ll have one of your skillz
But mom you could never be replaced
I’d give my life up, just to see you one more day”

Like most albums released these days though, Nas has an answer for the bootleggers who caused his album to be pushed up to a Friday release date. A bonus disc underneath features three more tracks: “Thugz Mirror (Freestyle)” with Remi, “Pussy Killz” with Thompson, and “The G.O.D.” with Swizz Beatz. All three tracks are dope, but it’s the third where he decides to squash rumors:

“In the papers you’re readin Nas is crazy, lost his mind
Is he leavin Sony? The Inc got him signed
It’s only a figment of, your imagination
Went to war with New York’s hot radio station
Lost my patience, had to zone out
Rappers blown out, I have the throne now
The real shall reign, I feel yo’ pain
You too, R&B, follow me, spell my name

It’s hard to argue with that. If Jay-Z was trying to show the music industry and the world that he was on top with a double album, it obviously did little to intimidate Nasir Jones. He has two full discs of excellent material of his own in 2002 to show and prove, and while it may not top last year’s “Stillmatic” it still shows that Nas is a force to be reckoned with in hip-hop. He’s come a long way from the dark days of “It Was Written” and The Firm, from nearly playing himself out with an overly gangsta and cartoonish image as Nas Escobar. It’s clear now that the Nasty is back in Nas, and it’s here to stay for good. Years later, these beats will still carry his stamp.