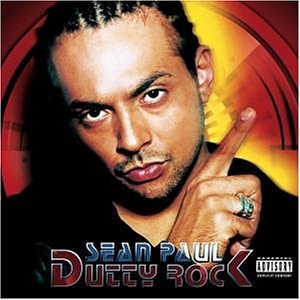 I recently went to the wedding of one of my friends – it was quite a big deal, as he is the first of all us boys to actually get hitched, so we celebrated in style. The night before the wedding, I got totally hammered on champagne, and the wedding that followed the next day was unhelpfully loud and brash. In fact, no – everything was fine except for the bloody priest, who was unbelievably loud wielding his cordless microphone with abandon, and practically jumping about the stage like Busta on steroids. Anyway, for some unknown reason – and even though he spoke perfect English – he kept inserting a “the” in front of the bride and grooms’ names. Seriously. Let us (for the sake of anonymity) call them Bob and Janet:

“Everyone, I am so happy that the Bob and the Janet have come together in this joyous union. I want to wish THE Bob and THE Janet all the best in life.”

WTF?? A couple of us had considered sneaking out of the ceremony for the sake of our sanctity, but this was fucking hilarious – and we weren’t the only ones to find it funny. Why bring this up? Because, to a pretty good response, I took to calling this priest “Sean Paul” for the rest of the ceremony. Sean Paul is the only other person I’ve ever known to constantly stick a “the” (or in his case, “da”) in the middle of names: come on, you’ve heard it… “Sean da Paul, Sean da Paul!” Maybe it is an attempt to hark back to medieval times, where “the” is supposed to signify class, heritage or location, like “of” or some such. Well, arise Sir Sean of the Paul region, because his second album tore a new one for 2003.

That year was a special one, insofar as it birthed four (count ’em) bonafide international solo superstars: 50 Cent, Justin Timberlake, Beyonce and Sean Paul. I don’t think there has been a year like it since, and, between those four artists, they had EVERY base covered. Now some may question Sean Paul’s inclusion in that, but he sold over six million copies of this album, and over two million in the USA alone. He was on fire, and for those who hadn’t really heard his work before, SP proved a breath of fresh air – his singing/rapping style was intense, melodic and instantly distinctive. Perhaps the first time you hear his voice, it grates slightly, but it soon turns addictive – and any track he was on, he owned. True, he had been kicking around for a while, gradually climbing in recognition, but “Dutty Rock” is what turned the flame into a forest fire. Why? Hit singles.

I shall now name his big tracks, all released within the space of one single calendar year: “Gimme the Light” was a command, not a request; “Get Busy” is one of the GREATEST songs of all time, and always will be; “Like Glue” blazed clubs around the world, getting all and sundry to “signal the plane” and such; “I’m Still In Love With You” was a beautifully melodic sing-along fest; “Baby Boy” was originally featured on Beyonce’s debut, and it was Sean Paul’s involvement that turned it into a smash hit; and finally the Blu Cantrell biggie “Breathe” which, again, was transformed by SP’s energy. Let us break this down into insanely simplistic talk – that is one massive single every two months for a year. How could he NOT have sold massive numbers?

If we can add the street/bedroom smash of the ultra-funky “Punkie” – at least a third of the girls I knew changed their internet chat names to “Punkie” that year – and the re-emergence of oldie “Infiltrate” (which borrowed the beat from “Who Am I?” by Beenie Man) in major clubs, then you start to see why Sean Paul, not 50 Cent, was the REAL King of Clubs that year. The album itself is just a great listen, pretty much start to finish, and the replay value is high. You will, as we say in my neck of the woods, â€œrinseâ€ this LP. The production values on “Dutty Rock” are so outstandingly high, that when coupled with the ultra-melodic sing/rap style, it guarantees success. Of course, it helped that, alongside his talent, he worked damn hard that year too. At the previously mentioned wedding, I was rather sippy-sippy on the old champagne. Well, when Sean Paul was asked to freestyle on a late-night radio interview, even though he was clearly off-his-face drunk on champagne too: he absolutely nailed the freestyle, shocking the hosts, and myself, into awe. That’s the kind of talent that persuaded me and six million others to cop this album, and, when summertime hits your region, I suggest you buy â€œDutty Rockâ€ to really ramp up the energy.