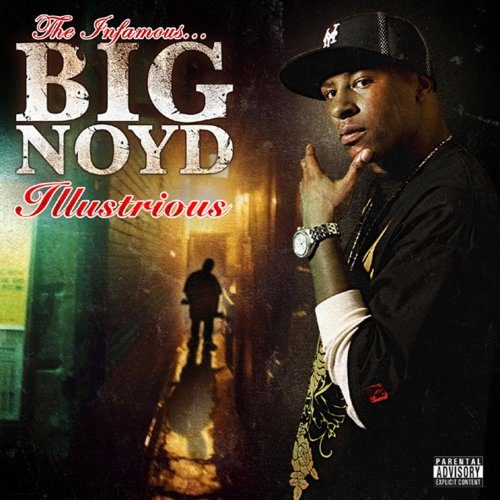 With the recent drop in quality on Mobb Deep group and solo albums it’s surprising that Mobb Deep affiliates are still getting recording contracts of their own. What isn’t surprising is that his latest CD is executive produced by another New York native whose star has also faded. In the case of Lil’ Fame it isn’t necessarily his fault that the M.O.P. name isn’t as strong as it used to be. Roc-A-Fella and G-Unit both failed to capitalize on heavy buzz when they signed M.O.P. and the crew hasn’t released a new album in years. So what you have here is a rapper affiliated with a once “Illustrious” group and a producer who is a member of a forgotten group. 10 years ago this collaboration would have been the hottest thing on the streets, but today it will likely only excite a few hardcore fans.

Big Noyd gets things popping with the Sebb produced “Snitches” which is a lot better than the generic title/topic matter would make you think. Sebb puts together a phat bass line and funky samples in the spirit of mid 1990s West Coast funk while Big Noyd drops generic rhymes:

“This is for my hustlas, balling
Niggas snitching, watch how you roll
This is for the gangstas, holding
The game changing it ain’t the same no more
Niggas like bitches, talking
Until you put a fucking gun in they mouth
Believe me, he a dead man, walking
Cause when I see him I’m a air a nigga out”

Basically, Sebb’s dope beat helps a mediocre track sound better than it really is. “Posted On The Block” hits us next and is Lil’ Fame’s first production effort on here. The misguided beat is an awkward mix of Swizz Beat’s drums and vocals and a slow and boring sample. Seriously, it sounds like Fame tried to copy the latest Swizz Beats club banger â€“ stuttering snares, chanting vocals â€“ but then decided to pair that energy with a simple 4 note horn sample. Big Noyd takes advantage of the occasion to let us know he’s posted up on the block selling crack from nine to five, so if you need some you know when and where to go. “So Much Trouble” introduces the production duo of Prince and Machavelli who give us a pounding beat, repetitive sample, and generic Reggae singer Serani giving us his best Sizzla impression. Noyd drops gems like “I’m the nigga everyone love to hate, like Banks said it, I’m after that cake.” Seriously, you only quote a man when he says something unique or dope and Banks saying “I’m after that cake” doesn’t fall into that category. To his credit, Noyd ties the album together nicely on the hook as his time “Posted On the Block” leads to “So Much Trouble” with police and he reminds us that “snitches” ain’t no trouble for him.

“Heartless” could also sum up this album as Big Noyd has no heart here pulling more and more gangsta rap clichÃ©s out of wherever he keeps them. The producer’s name is Ric Rude, which for any old school WWF fan is likely to be the most entertaining thing about this song. “Money Talk” is produced by Street Radio which is surprising since the beat sounds like it was crafted with “Real Radio” as the ultimate destination. Bouncy drums and sparse “energetic” samples fuel this ditty before that high pitched sexy female voice sample kicks in for the hook â€“ she tells us to “make the money talk.” “Things Done Changed” finds Big Noyd showing off his funny side as it is obvious that for Big Noyd ain’t a damned thing changed since he first hit the scene â€“ same lyrics, topics, etc. Though that’s how I took the song, Fame and Noyd were actually trying to be somewhat serious on this track as Big Noyd reminisces about the times when weed was just weed and you didn’t have to worry about remembering the difference between hydro, blueberry, etc. â€“ those were the good times I assume. The song concept has been done to death before but it isn’t too bad here, though Lil’ Fame seems to have a fear of samples involving more than 4 notes.

“Back Up In This B****” proclaims Big Noyd’s return as he reminds me that I can not tell the difference between an ounce and a half a brick of cocaine. “The Paper” finds Jay Rush doing a pretty good impression of some 1970’s soul vocals as Noyd drops a short two minute track, he brags about crime some more, in case you were wondering. “Ghetto “features the return of not so ravishing Ric Rude and the vocals of Joell Ortiz. Ortiz’s voice is nowhere near as commanding as Big Pun, who he has been compared to, and here he sounds just as good as Noyd lyrically which is not a compliment. The next track showcases Big Noyd’s ability to surprise as Ric Rude is featured as aâ€¦â€¦â€¦â€¦ RAPPER! He’s a much better producer which means he sucks as a rapper or as a singer, or as both as he’s doing the whole Jim Jones’ “WE FLY HIGHHHHH, BALLIN!!!” thing. “Trying To Make It Out” finds Ric Rude back at what he does better, which is produce as 40 Glocc and B.A.M. join in a posse cut. 40 Glocc tries really hard to sound like he’s gangsta and west coast. “No Where Else To Hide” is annoying as hell. Ric Rude found like one key on his piano and just hits that joint over and over again for a minute straight until he drops a sample for 5 seconds and then gets back to his one piano key. Noyd is on the track too, he’s got “dudes that will bang you with an ice pick” which apparently is an upgrade for him since he “came a long way from stuffing crack in his drawers.” “Rags To Riches” continues Noyd’s glorious ascension to the top as Fame gives us another club banger while Noyd talks about being God as you can see him in “QB or anywhere in New York” (God is everywhere too) and how he “can’t wait to see Ciara to get in her Goodies” (Ciara you’ve been warned, you might want to get a restraining order). “Get It Poppin'” ENDS the album. Yes, it makes absolutely no sense to me either but Noyd drops a short verse about killing you for money or something along those lines.

With all the sarcasm here you’ll be surprised to hear I’m actually a Big Noyd fan. I remember having his “Episodes of a Hustla” on tape and thinking it was the dopest thing since cooked crack. Of course, that was over ten years ago. “Illustrious” sounds like the same Big Noyd I used to love but with a drop in the production, which is the problem. In ten years the man hasn’t advanced his lyrical game at all. He has a good voice and he’s affiliated with Mobb Deep and M.O.P. now and he thinks that should be enough for us to buy his CD â€“ it’s not. The beats are mostly average with 2-3 being truly ear pleasing. Lyrically, Noyd is Al Gore’s favorite rapper as all he does is recycle rhymes. I should give him credit for being able to say the same thing but using different words on track after track. Basically, this is a step below everything the M-O-B-B has put out the last few years, with maybe the exception of “Return of The Mac” â€“ this would probably be a few steps below. So if Big Noyd is your favorite rapper or you can’t get enough of that N.Y. street-hop go ahead and pick this up â€“ as long as you know not to expect much. Everyone else will be better off skipping this one or picking and choosing your songs from iTunes.