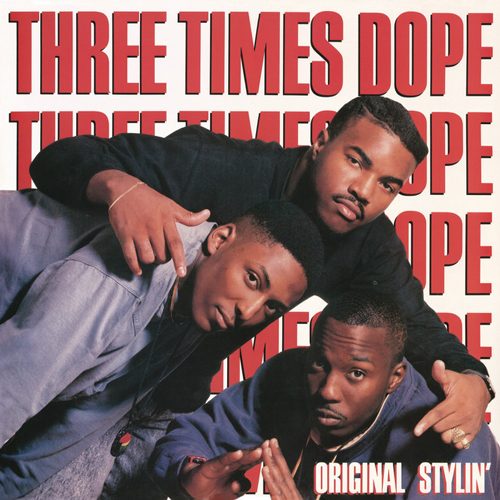 “Landscapin’ and mentally shapin’
Lookin’ at my Gucci, it’s about that time
Represent my peoples on the Illadel side
Live like my ’93 shit “Funk Vibe”
I used “Imagination” like HanSoul
Master like Vic with the off-beat flow
A Lady like B in stere-ere-o
Raps way back at the Plat’ with Superbad Disco
Used to do the Freak, the Patty Duke, and Gigolo
After-midnights on the weekend (Ho…)
You remember we, 3-D with Steady B
Nuff respect go to E-Vette Money
PSK, Miz on pause delay
MC Jewel T rocked “Ride the Cross Fade”
Breeze from the bottom, discombobubalate
Cerrone was the break if you was diggin’ in the crate”

In hip-hop, Philadelphia is to New York what the Bay Area is to Los Angeles. Often left out of considerations, but still thriving and indispensable to either coast’s development. International success was reserved for DJ Jazzy Jeff & The Fresh Prince, but historical importance was unquestionably achieved by proto-gangster rapper Schoolly D and the city’s influential DJ scene. A particularly productive new school collective were the Hilltop Hustlers, consisting of West Philly’s Steady B, his DJ Tat Money and his future partner in crime Cool C. Soon they were joined by North Philly’s Three Times Dope, comprised of MC EST, DJ Woody Wood, and beatmaker Chuck Nice. Debuting as 3-D, the latter put out two singles on Lawrence Goodman’s Hilltop Hustlers label, “Crushin & Bussin'” in 1987 and “From Da Giddy Up” in 1988. Singles-wise, however, the best was yet to come. Now powered by major Arista, Three Times Dope scored massively with 1988’s “Greatest Man Alive” and 1989’s “Funky Dividends.”

Both have joined the canon of classic rap songs. “Greatest Man Alive” calls to the stand Muddy Waters, but equally important are the other vocal samples, the quotes from rapper EST himself (incidentally creating the nicknames ‘The Acknickulous One’ and ‘The Unusual Fellow’), and a white woman who swoons in a ’50s tone, “He’s too good to be true! He’s tall, he’s handsome, he’s rich, exciting… Definitely the best thing that’s happening.” Fully exploring the possibilities of rearranging recordings by way of sampling, the producers extract a short drum break from KC & the Sunshine Band, beef it up a bit and then structure it with sharp, melodic stabs, creating a rumbling and tumbling track that still shows remarkable discipline. Just like the MC, who swings from line to line with cocksure confidence, establishing his battle raps as a bare necessity: “Gotta bust a sucker or else it gets borin’ / just like you people need your coffee in the mornin’.” Like many golden era rappers, EST had a way of putting things that a generation of rap fans couldn’t get out of their heads. So it was fitting for Bahamadia to begin her Philly tribute “UKNOWHOWWEDU” with the charmingly creative “Landscapin’, mentally shapin'” line that had also opened “Greatest Man Alive.”

The song touches on remarkably many rap fixtures, from keeping it real (“Every word is honestly stated (…) not synthetic or fabricated”) to car references (“We propel our records to sell / like a speedy Lamborghini we’re bound to excel”) to coded language (“My name is ESTizinizm, cold gettin’ bizinizm”) to self-aggrandization (“EST is the one that’s so original / the boy so live should have his name on your cereal”) to leaving competition in the dust (“No matter how you hype up your twelve inch (…) they want my album (…) You coulda had yours out but now I took ya / Still ain’t got one out cause you’re chasin’ funky hookers”), etc.

Where “Greatest Man Alive” is pure braggadocio, the other 3XD classic moves on to serious matters. Quite possibly the first ever full-fledged golddigger tune (competing for the title with N.W.A’s “I Ain’t Tha 1”), “Funky Dividends” has preserved its freshness, not just because of the lasting power of the topic, but also because it’s so well done. Rhyming over the lighthearted melody of Delegation’s “Oh Honey,” EST pulls no punches with lines like “She wanted Jeffersons and Lincolns, I said: No way! / Yo slim, what do you think this is, President’s Day?” The icing on the cake is the back-and-forth with a honey dip between the verses, especially when she complains how much better she had it with Steady B and concludes, “I thought you was the Greatest Man Alive. But I guess I was wrong.” The banter makes that “Funky Dividends” is not a completely one-sided affair, and over the course of four verses, EST actually talks quite some sense:

“It’s a shame nowadays you got to stay paid
It ain’t like the old days when you would serenade
Take walks with your girl at night in the park
and in the shadows secretly steal her heart
But the new wave ’80s has everything reversible
Instead of walks, you drive a Cadillac convertible
Two’s bound to kill you, all you’re needin’ is one
– to constantly bug you to get her hair done
Every week’s a new style, she’s always got to rock it
Like a SuperBowl sack, she’s tacklin’ your pockets
But when you wanna chill, you find that something always blocks it
You’re lookin’ for your wallet, but your girlfriend’s got it
I tried to put you D, cause you was my friend
You didn’t listen, now she’s got you for your dividends”

The problem with great singles is that they tend to overshadow an album. None of the other tracks on “Original Stylin'” may have been as catchy, but it was still a record that delivered the goods. The beats are usually a combination of programmed and sampled drums lit up by whatever coloration the popular breakbeats of the time came with, concocted by Chuck Nice on something EST refers to as ‘the box’ (likely something like E-mu’s SP-12). James Brown expectedly contributes his share of samples, as do Sly & the Family Stone, Lyn Collins, etc. Label owner and manager Lawrence Goodman, who is credited for production, arrangement and mixing, probably helmed the actual production of the record. The previously released single material represents humbler beginnings, but even though “Once More You Hear the Dope Stuff” or the Steady B-programmed “From Da Giddy Up” may seem a bit on the crude and choppy side by today’s standards, they perfectly embody the more rugged and rough variation of what EST refers to as “’88 stylin’,” on some “Critical Beatdown” meets “Long Live the Kane.”

This is raw hip-hop that displays finesse in the actual arrangement of the rhythm. Where popular music often is too eager to please, rap albums like “Original Stylin'” dare to disturb the peace, they show character through – within the parameters of funk – dissonance and dense rhythm tracks. The title track is a very peculiar mixture of stuttering drums, ringing guitar licks, and a slouching bass. It takes vocal muscle to rock these strong grooves, and the Sinister Administer (yet another one of ES’ titles) is up to the task, never upstaged by the musical background. His diction is usually clear, only on “Believe Dat” he falls into a Just-Ice-like grumble. Lyrically, the Hunting Park representative is able to extend arguments over several lines. If the rhyming leads him to refer to an opponent as “prisoner,” he continues with what said prisoner is accused of and what punishment he has in mind for him: “Charged with wackness, rockin’ out of order / Sucker type don’t even deserve bread and water.” ES is often absorbed by his rhyming efforts, but he regularly succeeds in getting something of substance across. A good example is this excerpt from “Straight Up”:

Several quotes speak of the competitive atmosphere of the late ’80s, such as “Everybody’s comin out ’bout the same time / so I had to get swift on the rhyme,” or “You’se a peon, been that way for eons / sayin’ the same weak rhyme ES got be-yond.” “From Da Giddy Up” is a well written resumÃ© of paid dues, as EST recounts, “First got into this and got dissed / but they were convinced when I rallied my intelligence.” Hence a major theme of “Original Stylin'” is artistic growth:

“After all you can’t remain the same every time
So I get new ways to rhyme
Work dilligent, any piece of loose leaf I’m fillin’ it
So I can be right to rock mics and be killin’ it
Used to be they’d sneak in like two at a time
but now everybody and they mom wanna rhyme
The quality’s lowly, some rely solely
upon their peers for the new ideas”

One such new idea would have been to curse, something which EST openly opposed. Urging the world to “understand the plight of a common man,” EST stepped down from the stage and got up on the pulpit with “Increase the Peace/What’s Going On,” the album’s political address. As both Martin Luther King and Malcolm X are quoted, E points out that the post-civil rights movement era is marked by “regression instead of a progression.” Here’s how he depicted his decade:

“In these day and times two things come to mind
How you’re gonna get fly and how you’re gonna get by
(…)
My poor mama don’t understand
Why he’s out there sellin’ caine out of soda cans
But yo, the way we’re livin’ now is deep
And you ain’t the shot unless you drive a jeep
(…)
I’m askin’ you, where you gonna run to?
Do you even know where you’re goin’ to?
Or are you more concerned with just goin’ for self
To hell with everyone else
But that’s just what we’re tryin’ to fight
Don’t break out, unite and try to make things right
Unity throughout community is what I be tryin’ to see
Leavin’ us free to be you and me”

Remaining signed to Arista, Three Times Dope soon severed ties with Lawrence Goodman and the Hilltop Hustlers and released the ambivalent “Live From Acknickulous Land.” They prepared for a third album in 1994 that didn’t properly materialize until 1998, when hip-hop had largely forgotten about them. EST, whose real name is Robert Waller, made another foray into the music biz in the new millennium, writing songs (mainly in collaboration with producer Scott Storch) for BeyoncÃ©, Trey Songz, Mario, Britney Spears and Brooke Hogan, and even garnering a Grammy nomination for Destiny’s Child’s “Cater 2 U” in 2005.

Some would see this as the culmination of a career. Similar to that of another Philly boy, albeit on a smaller scale. And yet to hip-hop, “Original Stylin'” and “Rock the House” remain cornerstone releases that radiated well beyond the City of Brotherly Love. It’s a long way from being a local frontman who quips, “You go platinum with crossover music / then try to peel my ideas to use it” to putting words in the mouths of platinum acts. What does it say about contemporary rap when one of its elders rather deals with pop? Anyway, as the man said 20 years ago on “Straight Up,” “You could be small, tall, thin or enormous / if you love hip-hop you’re gonna adore this.”