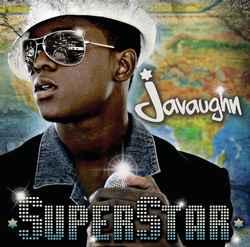 It’s surprising who you’ll find in Portland, Portland, Jamaica that is. Here, you’ll find fourteen year old native Jamaican Javaughn who was perhaps born into music. Javaughn’s father, a musical artist himself, placed Javaughn’s hand on keyboard right after he was born and began his passion for music to last a lifetime. With instruments lying around and the influence of his father at a young age, Javaughn soon developed into a musical savant adept in keyboard, bass guitar, and drums and soon coined the nickname “Javaughn Genius.” Beginning his singing career at the young age of four with the Sensation Band, his career was soon brought to a standstill by the death of his mother at age five. Moving past the tragedy, it gave him strength as an artist and inspiration to continue on with his endeavors.

In a defining moment, Javaughn was sought after by Stephen and Damien Marley after performing at the Bob Marley Tribute Concert and hastily signed him to their label, Ghetto Youths. With Damien’s debut solo production efforts in place soon after his hit “Welcome to Jamrock,” the anticipated unveiling of Javaughn’s first reggae album arose. Although the album took two and half years to complete due to scheduling conflicts with the Marley’s and Javaughn, his introduction with “Superstar” was well worth the wait. As Stephen and Damien’s newest reggae brainchild, at a mere fourteen years old, Javaughn has succeeded as a phenomenon amongst Jamaica’s finest artists with his album “Superstar.”

For a fourteen year old, Javaughn’s maturation is surprisingly visible through his music and lyricism as he touches upon topics rarely discussed by kids at his age. With blaring trumpets, “Rich Quick Mentality” shows the reality behind making money the mischievous way through stealing and deception. As a life lesson, he explains that “the money might be nice, but what a bigger risk to ruin your life.” In “Two Roads,” Javaughn explains the decisions to be made in one’s life as paths of good and bad are always faced. With its loud drums and keys in the background, Javaughn manages to instill a positive message about the assessment of choosing right from wrong.

Stemming from his own success, “Street Corner” encourages the youth to work hard to achieve as he praises to “don’t just sit on street corner and waste your life away, don’t just sit on street corner and stay idle everyday.” In “Peer Pressure,” Javaughn attacks the issues that many teenagers face and shows how to deal with them. With its loud female vocals screaming “peer-pressure,” Javaughn announces that he has enough “values and good attitude” to not fall victim to the bullying of his peers. Whether it is tattoos or pants “below my bottom,” Javaughn claims to stand by his guard by not caving in.

With Javaughn’s maturity comes the maturity of being in love as he embodies the idea that teenagers can also feel deep adoration towards another. Javaughn shares his passion to spread his love as “when you got love, you got everything and if you ain’t got love you ain’t got nothing.” A slower rhythm of drums, keys and vocal throughout the title song “Superstar” illustrates how his girl is his everything to him. Explaining the other side of love, Jamaican rapper Determine is featured in “Acting Lately” with its fast, upbeat rhythm, bass, and faint echoing female vocals. Tired of how his girl is treating him in such a negative way Javaughn says, “The way you’re acting lately makes it seem you don’t need me no more; you’re taking my love for granted I can see it for sure.”

Ever since the Rastafari movement, the reference to “Jah” has been included time and time again in reggae music as Javaughn follows the trend as well. The impact of religion has been of importance to him as seen from his many references to “Jah” throughout “Superstar.” “On & On” praises “Jah” for his “creating (his) life and making (him) live on.” With blaring trumpets, “Crying out for Love” also shows his devotion to his religion as he shows he turns to “Jah” in times of need for peace and harmony.

With the remake to Carlene Davis and Trinity’s 1981 track “Santa Claus (Do You Ever Come to the Ghetto),” Javaughn brings his own version to the table in “Superstar” with an interesting twist to the original. Bells, Christmas-like sounds, and a high-pitched voice initiate the track that delves deep into the idea that Santa Claus never comes to the ghetto and doesn’t realize the suffering that occurs. Both humorous and somber, the track explains how many are blind to areas in need as he says,

“Girls and the boys that didn’t get no toys Can you face their broken hearts? We need a better future For all the ghetto youths So have you any in your bag? Santa Claus, do you ever come to the ghetto? Do you ever wonder how we suffer?”

Javaughn has literally grown up overnight ever since his career has taken off. “Superstar” is just another example of how this talented reggae artist at such a young age has accomplished so much after a short amount of time. His continuous family support with the help of his father who wrote nine tracks from the album and executive production from Stephen and Damien Marley has proved to still thrive after all these years as they convey their talents through the children of the future. With his incessant talents, singing abilities, and positive nature, Javaughn is on his way become not just “Javaughn Genius,” but a “reggae genius” as well.