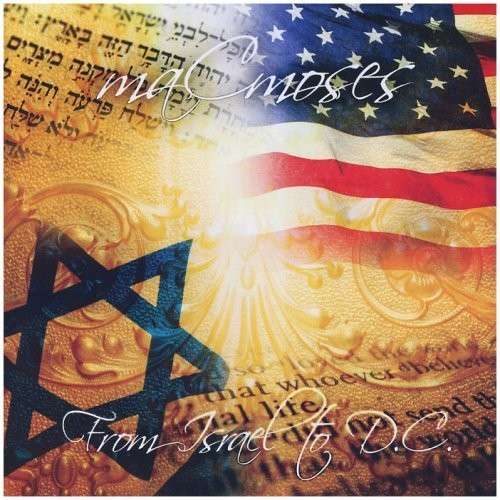 maCmoses :: From Israel to D.C.

Enlightenment meets hip-hop? maCmoses (Me And Christ Moving Obstacles So Everyone Sees) takes on a different perspective to hip-hop as he incorporates his own beliefs and spirituality within his music. Growing up in Washington D.C., music was always part of his life as he honed in on his skills in high school while rapping during lunch and eventually being part of a band with friends. As he matured as a man, both spiritually and emotionally, maCmoses decided to start his own recording label, Jesus Christ Tru Vine Entertainment, but suddenly fell ill soon after in 2003. maCmoses continued to prevail through his illness and managed to get back into the studio in 2004 to begin his new album “A New Path.” Misdiagnosed for nearly four years and in and out of surgery, maCmoses decided to continue on where he once left off from his initial album. With hopes of inspiring and motivating his listeners, maCmoses takes his music to another spiritual level with his sophomore release of “From Israel to D.C.”

In “From Israel to D.C.,” maCmoses focuses on the “teachings and healing power of Jesus Christ” as his music goes beyond the realm of traditional hip hop. His inspirational messages and optimism advise against the harsh lyricism found in most mainstream tracks and aimed towards a different type of audience that is ready to listen. “From Israel to D.C.” begins with “The Way” and shows that God leads everyone to the right path even when times are difficult. As macMoses tests his vocals on the chorus, “Being Led” is a track with a similar message that shows that things happen for a reason and are as planned according to God. In addition, “Light” shows that God will eventually “shine the light through” as he guides whoever believes in him.

In his attempt to uplift spirits during times of depression and sadness, maCmoses uses his lyricism and spiritual knowledge to transmit strength to his audience. He dedicates “Endure” to one of his friends that has tolerated a great deal of suffering and shows the only way to help himself is to seek the guidance of God. Through his music, maCmoses shows, “So many people try to do it alone, but they can’t. They need the Lord to help them with their future and their plans.” “God is Your Help” is yet another track that illustrates the idea of using God to guide through uphill battles including violence and hopelessness as maCmoses shows, “You are somebody in the eyes of the Lord.”

With his recent illness, maCmoses’ faith and devotion is deeply expressed and confirms the power of healing once prayers are heard. The hard hitting bass and keys in “Today” accentuates the message of believing in what you pray for because God will deliver while maCmoses reaffirms that God has a plan for everyone. From his own personal account shown in “I’m Healed!,” maCmoses relives the idea that one must face difficult times in order to see the happiness that arises soon after. Although his struggle with his health was a trying time, maCmoses battled it head on and with God’s spirit, lived to tell about his experience.

While the faith and spirituality from maCmoses is unmatched, his words of wisdom are equally uplifting. With his simple hip hop beats to accentuate his bold lyricism and tracks that stay positive from beginning to end, “From Israel to D.C.” reaffirms the spirituality within each and every one of us. Although very different from my usual listening, it was comforting to hear an artist speak words of faith and remain optimistic as a hip hop artist. With the obstacles he has faced and the faith that keeps him passionate about his life, maCmoses has been through the worst, yet still comes out victorious in the end with God by his side and with his music.