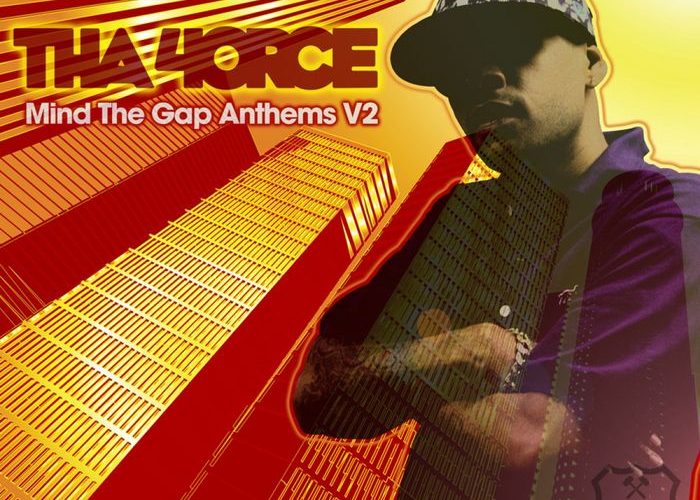 Tha 4orce is an emcee/producer that you’ve probably seen or heard at some point in your life but were never aware of it. During his career as a producer he has worked with the likes of Amy Winehouse, LL Cool J, Common, Busta Rhymes, Miss Dynamite, and Foxy Brown. On top of that, he was the DJ on “Da Ali G Show” so if you don’t recognize his music you should at least recognize his face. With his new deal with BBE Records, the same label that brought you albums from the late J Dilla and Pete Rock, Tha 4orce looks to make his name recognizable too.

After a short intro, Tha 4orce delivers 12 tracks of original and fresh hip-hop. His skills as an emcee and producer are the focus of the album, but his sound sets itself apart with the variety of guests on the album. The man does get help on the mic from emcees and singers, but the noteworthy guests come in the form of the various musicians that lend a hand. The live drums, bass, and keyboards on the album give it a smooth and fresh feel and add authenticity to the organic and jazzy sound on the album. Even without assistance, Tha 4orce is capable of crafting excellent music. “MTG/4orce’s Anthem” kicks things off with an array of classic vocal samples scratched into a simple but funky bass line. The dope introduction to the track segues into Tha 4orce’s verse which declares why he’s here:

“You know what? Huh!
You know I got this ill concoction, come on give it a go
I got the production in me, so believe I will
Still feel that I got the mass appeal
A done deal with the words that tie because I’m genuine
One hundred percent, I represent at the best of times
I bet you find – fools at the finish line
Long time, from time â€“ feeling me?
My time is back as I step up to bat
In fact my ish attract some magnetic react-ion
Been in the game, still remain
So expect for the name household like city code
As I unfold another classic musical treat
To make you bastards move to the beat
It’s been complete from long time
But still you’ll find it’s brand new
Mind the gap, baby you know how we do”

Tha 4orce holds his own on the microphone, but his talent really shines on the turntables and behind the boards. “The Musician” is an instrumental piece that features Tim Baxter manning the keys while Tha 4orce handles the production. The production is on point and Tha 4orce mixes in samples for the chorus in a way that would make DJ Premier proud. Tha 4orce’s skills as a producer are further evident on the Marrisa Anglin assisted “Neva Shoulda.” Anglin’s voice would make any track worth listening, but Tha 4orce’s mix of subdued drums, jazzy organs, and well placed samples transform the song into a classic neo-soul track. “Drums Vs. Drums” is the most creative track on the album, which is quite a compliment given Tha 4orce’s knack for being unique and original. On this track, Don Bannister plays John Henry to Tha 4orce’s production tools as his live drums take on the digital world.

“Mind the Gap Anthems V2” is a satisfying collection of tracks that showcase his production skills. Tha 4orce’s sound is a rich, jazzy, and organic mix of samples, live instruments, and heavy beats. It lives up to the tradition of producers like Pete Rock and J Dilla and one can tell that with more albums Tha 4orce will only build upon that sound. The abundance of guests and instrumental tracks don’t let us fully experience Tha 4orce as an emcee, but what we do get to hear is solid. Overall, Tha 4orce lives up to the reputation BBE Records has built up and is highly recommended for those who enjoy a soulful mix of hip-hop and R&B.