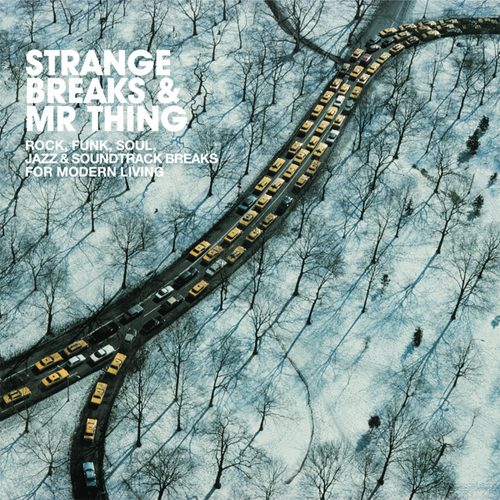 Almost every profession or diversion has some type of obsessive internal pursuit that is only relevant to insiders. This pursuit has little to no benefit for the casual end-user of what ever this profession creates. However, to those in the know, this chase can take on life-changing dimensions with every acquisition of, either, data, item or mastery of maneuver. For a linguist, it could be the discovery of some missing portion of a long lost language. For a gymnast, it could be the mastery of a type of maneuver that, most likely, will never be performed in any competition. For the sample-based hip-hop producer, â€˜crate digging’ serves as the primary quest for those in the know.

For those who do not know, Crate digging is the process of hunting musical compositions ranging from the well known to the most obscure for collection purposes. Some diggers may retail their spoils every once and while, but for the most part, this game is played for bragging rights. This hunt can take you in and out of every vinyl shop, thrift store and yard sale ranging from your local area to ANYWHERE in the world. I know dudes who have purchased a PLANE TICKET and taken vacation days to fly to Japan for the sole purpose of acquiring exotic black wax. Crate diggers take this game cancer serious.

Within the confines of the crate digging community, there is a chasm between those who feel no shame in revealing the details of their collection. They create what amounts to rare vinyl databases for the casual fan or listener who may not have the resources to seek out the music on their own. Websites such as Oliver Wang’s Soul Sides and Raj Mahal’s Soul Strut serve this capacity, making it easy for people who have an interest in the music to find resources for their interest.

The other side (the same people who thought that Lenny Roberts should be tried for treason hold the opinion that these finds should have remained “state secrets” and heavily oppose the publication of the music that have become source samples for so many hip-hop classics.

Personally, I fall within the first camp. I love sharing what I find and I do not mind if others know what I have â€“ I did not make the music in the first place. How someone can claim an ownership for something that his or her time, money and creativity had no input in getting that record out of the creator’s mind and into their hands bewilders me. Moreover, I understand that many of those rare records never made any income for the artist; the least I can do is give their achievement the publicity I feel it deserves. Fortunately, DJs like Mr. Thing feel the same way and continue to spin out collections such as this one.

Mr. Thing appears to be a pretty big deal on the wheels of steel. Mr. Thing was a member of the UK-based turntablist crew known as the Scratch Perverts. The Scratch Perverts would win the DMC team competition in 1999 and placed third in the UK version of the individual DMC competition in 2000. Today, he is a popular DJ and hip-hop producer who works mostly with UK hip-hop artists. This collection seems to be the first in what is to be long-term series created by BBE Records to highlight prominent DJs blending rare funk and breaks. These types of compilations tend to be mixed bags in that they tend to feature the original compositions that birthed popular samples used in recent hip-hop records. Sometimes you strike gold, many times, you discover that the few seconds you heard chopped or looped up was the best that the record had to offer in the first place. Let us see what Mr. Thing has in his mixing bowl and find out if this cake is going to come out okay.

The compilation begins with a funk workout by a group called Sky King. The track is titled “Why Don’t You Take Us”. The subject of the song seems to be a couple of fans/would-be-groupies trying to convince the members of the band to allow them to catch a seat aboard the tour bus. The girls make a compelling case for joining the team, offering up temp services such as these:

“Take us with you on your trip
We’ll show you guys we’re really hip
We’re really older than we look
(first girl) I can sew, (second girl) I can cook”

The lead singer of Sky King is not buying their plea and seems to lament that people believe that the life of a touring band is filled with fun and glamour. The record is fun, bouncy and the first four seconds is BEGGING for someone (if they have not already) with either a MPC or a wave editor to indulge their inner butcher/arranger.

Another track is a clumsy and unnecessary remake of “Yes We Can Can” by a singing group called The Discoettes. I am not sure what the point of including this song on the compilation was considering that the backing music does not deviate from the original composition by The Pointer Sisters, yet the singing is several levels below the vocals recorded by the original artists. From here, we descend into a realm of unwarranted remakes that do nothing to add to what the original recording artist brought to the initial recording. Brother Lloyd’s All-Stars rendition of “The Tramp” would have sent hip-hop producers running for their turntable stop button if this had been the first version of this popular (and heavily sampled) break they were exposed to.

Lloyd Charmers should be ashamed for what was done to “I’m Gonna Love You Just a Little Bit More”. Though it was an interesting twist to take the smoldering sex workout by Barry White and retranslate it as a riddim, intent means little when coupled with sad execution.

The song “Boogie Man” by the band The Crystal Mansion did give me a lead on finding an artist I would be interested in learning more about.

I realize that this compilation comes in second version, which is actually blended. The blended version would probably sound incredible, especially playing over the club speakers of a bar that caters to the hipsters and/or lovers of grown-man music. On an individual track-by-track basis, none of these songs actually holds up as anything that I would purchase of my own accord.

If this were the blended version, I would score the compilation a lot higher because I would be able to listen to it within the context of what it was conceived to be listened. As it stands, not many of these records would send me dashing to the dance floor, the vinyl shop or the cash register.