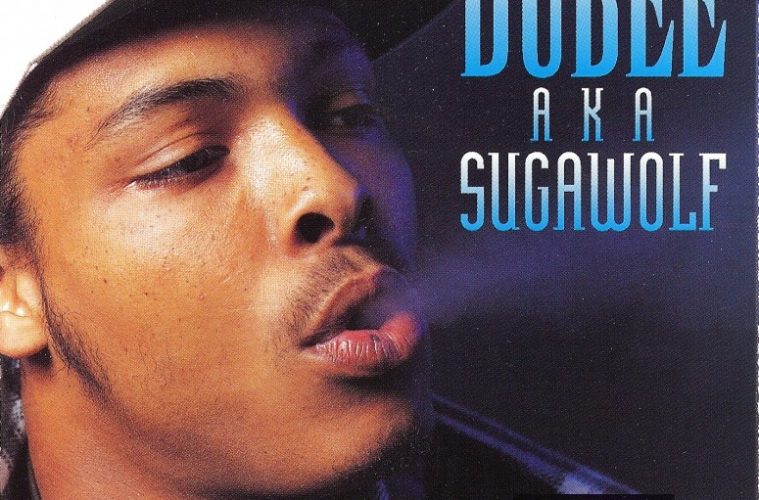 Some rap albums have a very particular distinction that can overshadow much of the rest of the proceedings. Although Dubee’s “AKA Sugawolf” has been in my possession since its release when it was a product of the mid-’90s joint venture between Young Black Brotha and Atlantic, I didn’t grasp its peculiarity until recently when I pulled it out on the occasion of Dubee’s latest, “Last of a Thizzin’ Breed.” To get to the point, across the entire album, only 47 seconds pass without a human voice being present. At a total playing time of 69’29”, that means that for 98.9% of the time you hear some kind of vocals, whether it’s someone rapping, someone singing, someone adlibbing, someone coughing, someone cheering, someone cussing, someone cracking jokes, a scratched sample, a spoken skit – preferrably at least two of each simultaneously. If you think rap albums per se are talkative, “AKA Sugawolf” is probably the biggest chatterbox in all of rap history.

Now that I’m aware of the fact, it’s hard to take my mind off it. It becomes all the more apparent as Khayree is the kind of producer you instantly pay attention to. But try to concentrate on the beats on an album that is the farthest from an instrumental version possible. Yet as I listen, I can only be amazed by how ingeniously composed “AKA Sugawolf” is. Or maybe orchestrated would be a better word, as the album is allowed to grow organically. Even though it is literally cluttered with vocals, its flow is never disrupted. This choir never reaches, from a musical point of view, a level of cacophony where it would just become too much. Some of the raps are recorded virtually twice, with a lead and a backing voice. To think how many amateurs struggle to create something cohesive out of two-track vocals and a simplistic beat, and along come Khayree and Dubee and add adlib after adlib without ever making a mess.

That’s not to say that shit can’t get messy. As a party album, “AKA Sugawolf” has few equals, with your host for the evening giving it his all to live up to the envisioned “pimpopotamus” status. “Young pimp-ass Sugawolf” is there to “continue in the mackin’ tradition from the Crestside,” representing Mark Street in Northern Vallejo’s Country Club Crest district, a neighborhood that gave the rap world players like Mac Dre, Mac Mall, PSD and J Diggs and ultimately the Thizz movement.

The record’s musical foundation is V-Town funk helmed by hard drums and natural-sounding keyboards. “I’m ah Hog” thrives on the most anthemic yet funky key stabs imaginable. “Y.B.B. Bomb,” further smoothed out by singer Shima, belongs on the playlist of any players club. “Game U Feenin 4” shows that if a producer really knows his funk, he can afford to bury a funky guitar under a thick bassline. “That’s What We Do” was just about the most playalistic tune after OutKast’s “Player’s Ball,” Dubee’s pimptastic rhymes ably assisted by vocal ensemble Do Thangs, while the g-funk grooves of “My Thang” are graced by Eboni Foster of “Me Against the World” fame. “Unda da Trees” is an addictive cocktail of pianos and keys served over a rhythm section thick as molasses. “Pit Bull Vicious” would have been at home on any mid-’90s Too $hort album and trumps expectations with a trombone accompaniment, while “Dubee, Mall & Sleep” is the kind of playful funk favored by Digital Underground or the Luniz. Guest producer Ferg comes correct on three tracks, particularly the reserved “Mackin Is My Duty,” while “Off da Heezy” would have fit on any 2Pac or Coolio bestseller of the time.

Released in 1996, the people involved in this release had something to celebrate, but also someone to mourn. Mac Dre was released from prison, while 2Pac died. The latter fact is only reflected in the liner notes, where Khayree pays his respects to Shakur, whereas Mac Dre was given a welcome track to announce his return. But guest vocals notwithstanding, this is, for better and for worse, Dubee’s album. Dubee – uncensored alias Sugawolf Pimp – is “all about that hoggin’ on a track,” and what that means is exactly what it says. It means nothing and everything at the same time. Before us internet users could just break out the Urban Dictionary, all I had to fall back on to understand albums like “AKA Sugawolf” were similar works, and luckily it was the most recent of a handful of YBB releases that made a deep impression on me. If there’s one lesson to be learned from this and similar rap records, it’s that the fascination with rap goes far beyond what is being said. Properly analyzed, what Dubee says doesn’t make much sense, but the way he comes across is truly enticing, as he oozes pimpish pride from every pore.

The opening “I’m ah Hog” gives you an idea of what a “capital Hog” is. Several rounds of “playa vocab” later it is clear that on the chauvinist scale, hog is some sort of comparative of dog. This is the type of rap album where bitch naturally rhymes with trick, that calls “a hoe a bitch if the tramp act phony.” Dubee is “stuck on major skrill,” “smokin’ doja weed, keed with the Heem,” and “with the pimpin’ mouthpiece” he’s “speakin that pimp type shit fo sho.” The ponytailed emcee flows utterly relaxed, rapping in a pimped out twang, similar to the Luniz or Suga Free. Dubee intimidates competition with style, rather than with rhetoric. If pimping requires a little bit of both, Dubee has mainly the former covered. The real “straight-lace, no-chase pimpin'” comes courtesy of Mac Dre on the aforementioned guest spot, laying down his game plan on how he manipulates the female mind. It’s a particularly cold game Mac Dre is spitting, misogynist to the max.

Dubee certainly shares the sentiments. It’s a philosophy that says you either pimp or get pimped. On “Mackin Is My Duty,” he spins a cautionary tale about unrequited love. It’s no “Who’s the Mack,” but it’s the closest Dubee comes to describing a real life scenario:

“Now mackin’ is a duty, but ooh he gave a fuck
’bout this game, cause for that dame, nigga, he go nuts
(…)
That bitch on the other hand got another man
ain’t shit but a dog and he got a whole clan
full of bitches, somethin’ like a team
So she scheme for yo green just to be his queen
I guess it gets deeper when there’s mackin’ involved
so you should represent some mackin’ ‘stead of lackin’ with flaws
Cause a pimp gon’ pause ‘fore a broke hoe calls
Put some pussy on the track and some scratch in my paws
(…)
That bitch floss the turf in that Lo daddy bought
Juggin’ niggas like the dopeman, every trick caught
(…)
Who be gettin’ scrill? It’s that nigga on the side
while that bitch talk shit to that trick that bought the ride
I know, cause boy, that’s how this mack shit go
And still he won’t believe she be goosin’ his folks
Say [she] still can lay up in his bed
but still she sneakin’, creepin’, givin’ niggas head
She be sturdy and he be stupid
she shot by game and he shot by Cupid
I guess they lose they brain when there’s mackin’ involved
And much love to the playas if they stackin’ it, y’all
Cause a bitch ain’t shit and you should know
but if you don’t, I’ma tell you so
(…)
Left that sucker cracked in the game
I wonder what woulda happened if he macked that hoe, mayne
I don’t know, but you can bet on this
he wouldn’ta been left leakin’, broke and hopeless
So focus, folks, them hoes ain’t shit
better wreck a bitch, mayne, ‘fore you get broke, trick”

Falling for their own game, pimp rappers often manage to put themselves in a state of alarm, to the point where it’s almost normal that an album like “AKA Sugawolf” is full of “mandatory mackin’.” If you’re forgiving like me, you can also approach this type of record as rap in its purest form, seeing how Dubee continuously disses “faulty pimps” and the like. It may sound like a slip of the tongue, but when he says, “I destroy sucker MC’s,” it’s easy to view the pimping and playerism as a variant of bragging and battling. As a lyricist, Dubee isn’t particularly sucessful “tryina feed these fools’ brain with game.” But it’s evident that this is no act, this is Dubee’s honest and heartfelt interpretation of rap. As he says, “in God we trust, but in this game we soak.” There are times when you think the rich backdrop is a waste of Khayree’s hard work and secretly wish for an instrumental version, but not until you realize that “AKA Sugawolf” would only be half as addictive without its leading man and that the work that went into it includes the pimp-tight adjustment of all these vocals.