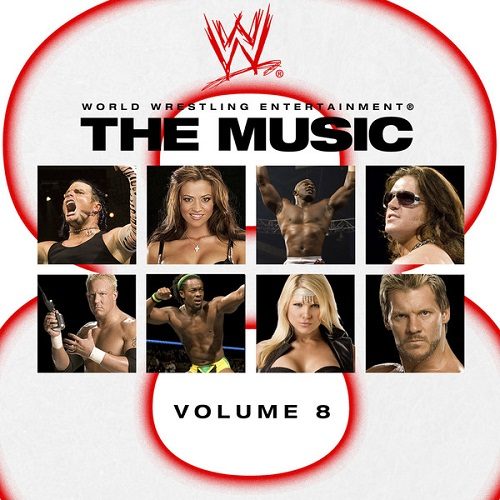 Wrestling and rap are two areas of entertainment that seem to inevitably cross paths every few years. Despite crossing paths, they never seem to form a working relationship. For every Timbaland music video and dope rap inspired theme song, we get Men on a Mission, the No Limit Soldiers, and “Wreckless Intent.” This lack of consistency is ignored by both parties as rappers continuously big up their favorite wrestlers and wrestling companies love adding rap to their wrestler’s entrance music. This compilation is the latest CD to showcase this odd relationship as the WWE gives us its latest collection of entrance music. I’m not a big fan of wrestler’s entrance music, mostly because I think the 30 seconds that you hear every week tend to sound much better than the entire song, but I do own “WWE Aggression.” Unfortunately, this collection seems to be your typical entrance music and not the unique compilation which was “WWE Aggression.”

To be honest, there isn’t much rap to be found on “Volume 8” and the rap that is found isn’t very good. The best rap influenced track has to be “SOS” by Collie Budz. The problem is that Collie Budz isn’t really a rapper, but a reggae and dancehall deejay from Bermuda. It’s not that big a problem though, because “SOS” is a really dope track that I’d been trying to track down ever since Kofi Kingston debuted on ECW. For those not familiar, Kofi Kingston is the super-happy, overly stereotypical Jamaican wrestler here to rid paradise from any and all trouble. The next rap track is “The Wall,” which apparently is Mark Henry’s new entrance music. I’ve always loved Three 6 Mafia’s “Some Bodies Gonna Get It” and I think he still uses that song and for good reason. “The Wall” is performed by Heet Mob and the uninspiring name is a reflection of the overall product. The Mob delivers weak rhymes about being strong and body lifting over a simple electric guitar loop. Some things are better left alone. The last rap laced track comes in the form of Shelton Benjamin’s “Ain’t No Stoppin’ Me.” Benjamin is one of the most gifted and exciting wrestlers the company has, but this track won’t put him over. We get a generic beat and generic raps from someone who is not named. That’s another gripe with this collection â€“ you have to research who made the music since that information is not included in the liner notes. We just get the wrestler’s name next to the theme song.

With the rap side of things pretty much a failure, one would hope the rest of the music would at least be decent but such is not the case. The only real track that I could see myself playing all the way through is the ECW Theme “Don’t Question My Heart” as it is a decent rock track and I’ve always liked it when I heard it on TV. There are some other entrance songs I enjoy for half a minute. Jesse and Festus’ “Biscuits and Gravy” is funny for the outrageous claim that “biscuits and gravy made me a man.” Outside of that, everything else is too much novelty and not enough substance. You get an old Irish jig, which serves as the theme song to everyone’s favorite leprechaun, Hornswoggle. Santino Marella’s “Victory Is Mine” is an interesting blend of classical Italian vocals and cheesy rock guitars, but it too is good for the mere novelty. Even Jillian’s “Sliced Bread,” a clear attempt at being funny by being terribly bad, ends up being just bad and annoying.

I’ve never understood the point of these CDs. I’m not ashamed to admit I’m a wrestling fan, but there are certain things that even I don’t do. Bumping wrestler’s entrance music is one of those things. Outside of your kid wanting to pretend to be his or her favorite wrestler, I really don’t see why you would shell out money on bad music. Maybe it is because these songs have historically been bad, but I think they are best confined to TV and video games. Hopefully one day things will change and the WWE can give us a CD full of good music from good artists. Until then you’d be better off buying either a REAL music product or a REAL wrestling product, not this awful hybrid of the two.