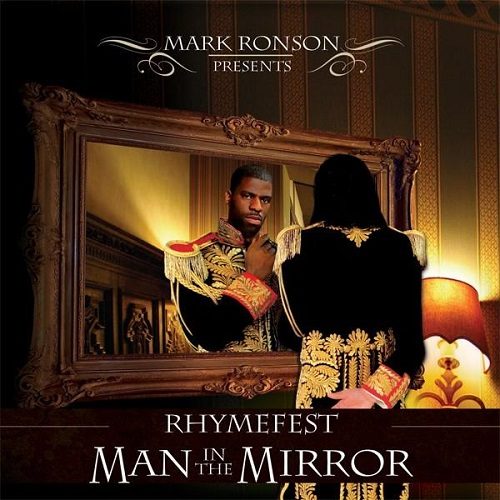 Man in the Mirror

Mixtapes, in a sense, have recreated the wild, Wild West climate of the ’80s in terms of what an artist and/or producer can get away with rhyming over. Allow me to explain. In the days before sample clearance became a necessary fact of life for hip-hop records (Here’s looking at you, Gilbert O’Sullivan and The Turtles), It was possible to hear ANY combination of music icons sampled, chopped and looped behind the vocals of your favorite emcee.

Because of a lack of prominence, perceived commercial potential, haphazard distribution, and absence of high-dollar marketing; it was very easy for hip-hop producers to sample artists such as Stevie Wonder, Prince, James Brown, The Rolling Stones, EVEN THE BEATLES and their ilk without having to fear retribution from an army of entertainment attorneys.

Altogether, this meant that a hip-hop artist would be able to rhyme over anything they wanted, while having distribution that allowed their music to reach commercial marketplaces, while being able to earn some type of income from the totality of that arrangement.

This would change a few years later after a few key anti-sampling lawsuits, namely the “Alone Again” case that would pit the British singer/songwriter Mr. O’Sullivan against Biz Markie for his unauthorized TOTAL jacking of the singer’s hit song.

Fast forward to the mixtape, as it exists today. A mixtape TODAY is mostly a term for an album that an artist or label has decided not to release through official channels for whatever reason that may be. One of the key reasons an artist may issue a mixtape is so that people may have an opportunity to hear songs deemed not good enough for an official album or songs that contains samples that could not be cleared.

Rather than let the songs waste away, an artist can release the mixtape through an unofficial network that rivals (or probably surpasses) the distributive reach of a commercial network. You can also achieve some level of profit potential as long as you do not mind the fact that you are dancing on the illegal side of the law by selling what is considered to be an item for promotional use only.

Hence, you have all of the same elements from the ’80s modified and updated to fit this new day with the same results â€“ You got the music that you really wanted to put out to the people in the form that you wanted to put it out in AND you can get paid for it. Middle finger to the owner of the publishing rights of WHOMEVER the hell you or your producer sampled to make it happen.

Rhymefest and Mark Ronson understand this and have taken full advantage of this to MAKE SOME CLASSIC SHIT! They have created a mixtape, I mean an ALBUM, that would be IMPOSSIBLE to release if they had tried to put it out through regular commercial channels. This album takes such liberal use of Michael Jackson’s music catalog, plus audio of his televised interview with the British journalist Martin Bashir, that it would have cost them MILLIONS if they had tried to put this album in regular stores.

It is a shame that they will not be able to put this out because in a formal setting because trust me when I tell you this; it is a CLASSIC! If I was not a fan of Rhymefest before, you can best believe that I am a fan of his now. Though a lot of technical wizardry makes this album/mixtape possible; it is his flow, ULTRA FRESH lyrics and incredible CHARISMA that makes it all work together in perfect harmony like the Smurfs building a house (showing my age again, but is not the Smurfs the perfect metaphor for the peak potential of teamwork?).

I do not even know where to begin in describing just how CREATIVE this album/mixtape actually is, but I am going to try and express that by describing its’ premise.

The skits are sequenced so as to seem like Michael is helping to executive produce the mixtape himself. Though you know that it is just Rhymefest interacting with previously recorded audio from previous interviews; It is so expertly done that you will have no trouble allowing your imagination to take over and listen to it as if MJ is really in the lab with Che himself doing his thug thizzle.

I can describe it, but it is better if you hear it. Trust me when I tell you that I am having a hard time trying to determine what the best part of the album is: the songs that are entirely produced from songs from Michael Jackson’s catalog or the HILARIOUS skits that are so cleverly composed, they make you want to listen to them as much as the songs on the disc. That is saying a lot because the producer Best Kept Secret simply MURDERS the tracks for “Can’t Make It”, “Never Can Say Goodbye”. The producer Emile makes handy work for the track “No Sunshine”. I do not know who does the rest of the production for “Man in the Mirror”, but suffice it to say that NO ONE turns in a weak effort.

This is not an album you skip through; you HAVE to listen to it from front-to-back to truly appreciate it. You will have no problem doing this because it is so well produced, performed and sequenced that you may find yourself asking why more artist do not take creative risks such as this, considering that mixtapes allow you to put out anything that you want.

I cannot help but wonder just how much work went into putting this recording together. It was definitely NOT thrown together effort. It sounds well planned and it is expertly executed. It does the double achievement of causing you to respect Rhymefest’s lyricism and charisma while also paying homage (and despite the sometimes humorous tone inherent, Rhymefest really does sound as if he truly admires MJ) to an artist more known for his eccentricities versus his catalog of brilliant music. I went out and purchased the album “Off The Wall” after hearing this album/mixtape.

As it stands right now, this is going on my shortlist for “Album of the Year” effective today. Fans, scoop this and ride to the wonderful rhythms and rhymes while laughing your ASS off at the skits. Producers and DJs, scoop this up and let it motivate you to stretch your imagination in terms of how an album can be if you just let yourself be free.