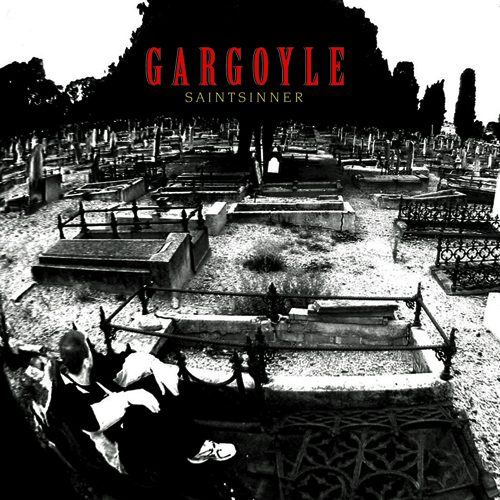 Australia has quickly become my favorite foreign source of hip-hop. While the Australian hip-hop scene has surely been around for a long time, it seems that recently the artists and labels have made a more concerted effort to spread their craft beyond their homeland. The expanded distribution helps in terms of exposure, but to gauge how much Australian Hip-Hop has evolved one only has to look at someone like Gargoyle. Gargoyle’s style is a mixture of Midwest horrorcore and East Coast hardcore. His odd style combination makes Gargoyle far from your typical rapper, yet the man is being promoted and distributed just as well as any other Australian rapper. The fact that a guy like Gargoyle can thrive in the industry speaks volumes about the Australian hip-hop scene. As for the man himself, Gargoyle takes full advantage of the opportunity he has been given as he takes us through the mind of a “SaintSinner.”

The dichotomy encompassed in the album’s title reflects the dichotomy that is Gargoyle as his style is half thugged out, dark imagery and half socially conscious messages. It’s quite the unique combination that I’ve only heard a few times before (recent Tech N9ne artist Prozak comes to mind). “Samson” starts out dark as Gargoyle claims that if “you don’t believe in ghosts, then you can’t believe in me,” but as the track progresses he also throws in social commentary and alludes to the biblical figure who inspired the song’s title. “Sans-Abri” showcases Gargoyle’s storytelling skills:

“Half dead in a halfway house
Old man, fingerless gloves, sipping soup from a mug
Suit five sizes too big, looking at his eyes while he hasn’t shaved
They gonna do a jig on my grave
Talking to himself, and if he stays out late
Past curfew, staying out all night
Has to breath that beer’s breathe
Sees things in the leaves of the trees
That aren’t even there, the scorn of despair
There’s no convincing him that there’s something out there
In the afterlife that might rinse him and might cleanse him
You can’t begin again
You can turn a saint into a sinner
But not a sinner to a saint
This world is a mirror, bouncing back straight
Fuck her in her face all day, every day”

The song’s lyrics and meaning doesn’t become entirely clear until you look up “Sans-Abri” and find out it is the French term for a homeless person which is who Gargoyle is referring to in his verse. Gargoyle’s mix of obscure references would usually annoy me, but given his gothic style the mystery plays into the vibe. “The End” is Gargoyle’s take on the apocalypse and is a dope mixture of grim doomsday/conspiracy theories. “Doomsville” is another dark take on the state of the world which showcases Gargoyle at his best:

“Bed sheets tied together, jump out of the window
I’m a bit like a dingo, I’m a bit like a cactus
Don’t come too close, shoulders of Atlas
With the weight of the world
This way that I walk, you can’t follow
No fake friends, no passengers, no messages
Just switch up the phone, just leave me alone
Cause I never got shown, lived on my own
Made my mistakes, burned at the stakes
Drowned in a lake and pelted with stones
I felt my soul get old the other day looking at some photos
From 1980 to 2008 lots of hatred
Next line is a statement
Two pairs of jeans, I’m freezing cold and walking around aimless
From Mother Teresas to rapists, we’re all stuck on this same piece of dirt
And you can’t claim shit â€“ can’t claim shit â€“ when you living in Doomsville”

Gargoyle’s bleak outlook on life may not be for everyone, but his cryptic references and animated flow make him more appealing than most of his horror/hard core peers.

Overall Gargoyle comes though with a solid showing on “SaintSinner.” The album is a bit on the short side and it could be a bit more cohesive in the sense that the few skits break up the flow of the album. Otherwise, the man has made something which I could definitely see getting a following. Given the dark, electric beats and gloomy tone, I’d have to say Gargoyle’s style would more appropriately be called gothic rap music. It’s not as primitive and gory as horrorcore, but not as accessible as conventional rap. While Gargoyle isn’t the first guy to give horrorcore an intellectual twist, he’s made the concept his own.