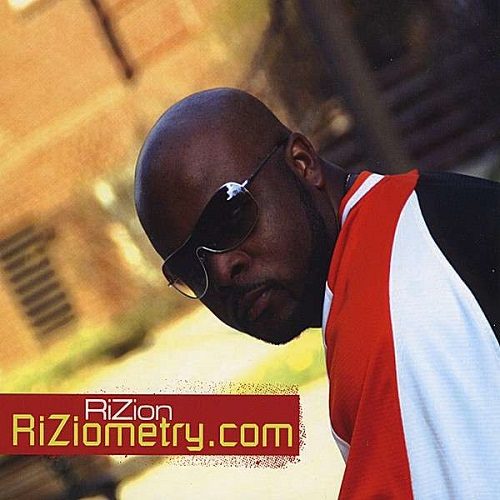 “I remember when lyrics was the focus, then it wasn’t
Then it was again
Either way, I’m in”

RiZion starts the album off with this quote from “Riziometry,” his manifesto. He’s in the rap game for life, no matter where it goes, he believes that his skilled enough to adapt to all of rap’s changes. Furthermore, it’s how this album plays out: RiZion attempts to cover all, or at least most of the bases throughout. He covers themes from his love of hip hop to picking up girls in the club in an attempt to touch a great variety of thematic bases.

This attempt results in an album that ends up fairly uneven, especially in terms of quality. RiZion is a decent enough lyricist, but he’s right – whether or not the rap audience’s focus is on lyrics won’t effect him much. He’s strong enough to stay afloat among most lyricists, but his focus is well-rounded enough to survive when what he says doesn’t matter as much. It’s no suprise then that where this album struggles isn’t on a line-to-line basis or on story-telling, but on beats and themes.

There is no standout production on this album, nor is any of it terrible. It all operates within the parameters of “below average” and “above average.” Because RiZion doesn’t have any particularly distinguishing features as an MC, the song quality doesn’t change much from the beat quality. The beginning and end of “Riziometry.com” feature its best music, generally doing best at a more laid back pace; when it turns to a more club/dance sound, the production gets monotonous.

From the start, RiZion clues us into his love of hip hop, even remaking Common’s ode to it, “Used to Love H.E.R.” with his own “I Still Do.” In it, he details his relationship with it growing up, and announces that this is his coming out party. It’s right here where the album slips, as RiZion launches into a quartet of bad club songs. As stated before, this is where to production is at its worst. To be fair, RiZion himself is pretty good at it – he keeps a strong narrative without losing the beat – but he just doesn’t have anything great to work with, and isn’t good enough to make up the difference.

The album picks up again with “Hard to Find,” and from there is solid, but never more. “Me and My Benz” will make rap fans chuckle with the B.I.G. reference, but that’s really the only interesting feature at this point. The problem is that while RiZion is interesting on a 16 bar basis, he doesn’t have a real identity. He’s just a guy that really likes rap, and is pretty good at it himself. This lack of a persona comes through in lack of effective themes in the album. “RiZiometry.com” lacks the soul and purpose that separates good albums from forgettable ones.

It says something that the most interesting songs on the album, “I Still Do” and “Me and My Benz,” are both rehashes of other rappers’ songs. The quote at the beginning of this page is indicitive of this album’s lack of purpose: RiZion isn’t effected by shift’s in rap’s focus because he doesn’t have one himself. And until he finds that purpose, he and his albums will remain forgettable.