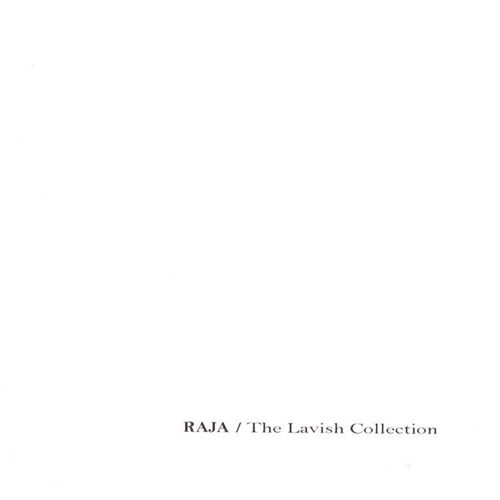 Remember “Coming to America”? I still think it is one of Eddy Murphy’s best movies to date, long before he hit rock bottom with that sleazy flick “Boomerang.” One of the best roles in that movie, apart from the Jewish old man in the barber shop, is the enormously self-involved crooner Randy Watson performing at a church rally slash black beauty contest. The way he enters the stage, his hairdo, the name of his band (Sexy Chocolate), and his dramatic misinterpretation of the Whitney Houston hit “The Greatest Love of All.” The Sacramento MC Raja is the Randy Watson of hip-hop music.

When the promo copy of Raja’s debut album “The Lavish Collection” arrived, it immediately fell to the floor. My reflexes are in decent shape, but I just wasn’t expecting a disc without a jewel case. The album’s booklet â€“ correction: leaflet – was crammed in between all the other albums destined for reviewing purposes. These means of packaging didn’t strike me instantly as bad, because independent artists don’t always have the funds to send shiploads of beautifully packed discs across the country. Raja mentioned on his website there is an apparent reason for packing the way he did. He mentioned being ‘low budget,’ and more importantly: “my concept is to have you focus solely on the music.”

Raja, whose origins lie in the English town of London, claims a wide variety of musical genres for inspiration. At his parents house, Raja listened to Marvin Gaye or the Delfonics. In his own bedroom he listened to A Tribe Called Quest, Jay-Z, Puddle of Mudd and Sade. Later on, this son of a Pakistani father and Jamaican mother, moved to California to pursue his musical career. Without questioning him for his versatile taste in music, I am unable to retrieve all the mentioned elements from his music. If you’re cooking a meal at home, you’d probably best stay away from too many ingredients, because the taste will turn out bland if you don’t know exactly what you’re doing. With all his role models in mind, Raja went into the kitchen. What he came out with just made me wonder: “Pizza anyone?”

The production on this album, taken care of by Deryck D, combines early nineties R&B melodies with mellow g-funk loops, and old synthesizer samples. The drums sound stale and are inconsistent on a large percentage of the album’s songs. There are some exceptions, of course, but for the most part the beats were worth skipping. Sexy Chocolate, Randy Watson’s supporting band, would have had no problem replaying these simple and forgettable songs. On “Bounce” Deryck D plays around with reversing a funky bass guitar sample, and the drums sound catchier than they do on most songs. “Shakedown” contains a staccato piano and a guitar sample taken from a ska type of song, which results in a solid and funky sound. The song has a lot more character than the others, and Deryck D shows some promise on these two compositions. The rest of the album is too uninspired to make me want to play it again.

Raja’s rhymes ruin the shaky rhythms Deryck D crafted for him even more. He has an accent you could mistake for Paul Barman’s voice if you weren’t paying attention. Unfortunately Raja completely lacks the complex analogies and hilarious punchlines Barman likes to use in his rhymes. When he isn’t rhyming offbeat, he does some off key singing. Kool Keith has the same fault, but can be easily forgiven because of his radical flow and crazy attire. A fine example is the song “Serious.” Over a synthesizer beat with high-pitched sounds Whitney Houston used in her songs before she started hanging out with Bobby Brown, Raja rhymes:

“Try to write me off
And I’m gonna ink you out
If you dig my style
I’m gonna pimp you out
You think I rigged your house
The way I lay it down
Man, I’m hard to kill
See, I stay around
It’s nothing per-sonal
I’m trying to bank my case
I’m strictly bus-i-ness
Like Billy Gates”

Some MC’s have a simple style which suits them well, but these abacus rhymes contain no elements that made me hit the rewind button even a single time. I don’t think Raja is out for a local battle championship title, but if he were, most of the MC at the contest would be rapping circles around him. When Randy Watson noticed he wasn’t getting love from the audience he threw a fit. He stomped his feet, shook his curly hair indignantly, threw down the mic, and ran off stage. Nobody was impressed by his exit. Let’s hope Raja won’t do the same if he happens to read this. “The Lavish Collection” is too lavish for me.