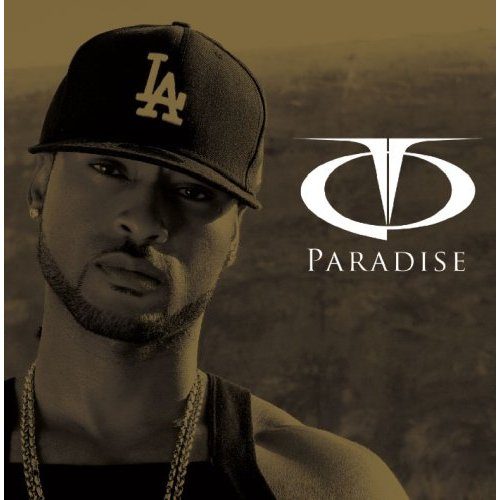 It feels as though TQ has been around forever. Seriously. My mental image is one of him riding dirty with Pac and co. Actually, my first mental image is of a Ugandan guy called Tony who I went to university with – who was a spitting image of TQ… Needless to say, he got a lot of sex off of TQ’s back, so I feel it only right to thank the singer on behalf of Tony. Anyway, this is his fifth album in nine years, and it somewhat shocks me to think that “Westside,” his debut smash hit, was only released in 1999, when he was just a young man, entering the industry. It may be fair to credit TQ with having a foundation-building role in the whole “hip hop meets R&B” genre, which paved the way for artists such as Akon. Of course, Nate Dogg has literally been doing that forever, but rarely straying into commercial and palatable R&B – Nate Dogg is unique in every way. But TQ, with his sweet and accessible voice, combined a clever blend of thug life quotes with easy melodies – and the formula proved very successful for a while.

“Formula” is the operative word for his latest album. Take eleven tracks (plus a remix), make sure some are your old style Westside-quoting songs, a couple for the “ladeez” and the strippers, bare your soul in places and comment on the world around you in a vaguely political way. That was the extent to which the album went on the first listen. Yet, having listened to “Paradise” a good few times, I am happy to report that, whilst the formula takes centre-stage, the album is actually an extremely consistent listen from start to finish. The melodies are strong, the beats are solid (if inoffensive), and TQ actually lets parts of his personality shine through on a few songs.

For every predictable moment, such as nudity-anthem “In My Lap,” lies an equal and opposite reaction – such as “WhatChaGonDo?” where he delves into his past and present, offering pearls of wisdom for aspiring artists. The predictable, albeit lush, “Sexy” is countered by an extraordinary (and self-produced) “A Little Bit Of Love,” a stunning political-driven track that, in all honesty, I didn’t know TQ had in him. Even certain songs that seem strange at first, such as “Proud Mary” (I thought it was “memory” but whatever), prove undoubtedly successful. “Pumpin” is a wonderfully Curtis Mayfield falsetto-style track, and initially seems out of context, but helps raise the bar.

Even though (or perhaps because) there lies a clear lack of obvious singles, “Paradise” proves to be a pleasant surprise, and whilst it may not be incredibly innovative and cutting-edge classic material, it succeeds in the most important aspect – it is ultimately a very listenable album. I honestly thought I would listen to it once or twice, but I was happy to let it play from start to finish for a week non-stop. Obviously, that means little without context – so know that it was competing for my attention with dozens of other albums. And you can’t say fairer than that. Nice one, Tony. Sorry, TQ.