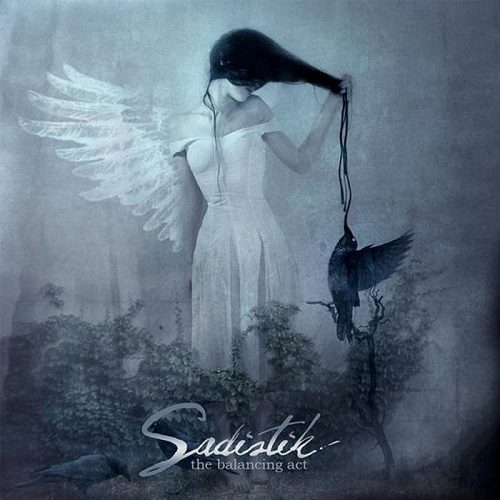 Take one part Slug of Atmosphere and mix it with the slightly more cynical outlook of a young Marshall Mathers and you get a pretty good idea of what this 22 year old emcee sounds like. The debut solo album, “The Balancing Act,” is just that; a journey into the dark psyche of a man that is struggling to find a sense of sanity and stability in his clouded life. The result is a collection of tracks with brooding instrumentals and deeply poetic lyrics that acts as a release of the inner-demons that so many depressed individuals fight on a daily basis.

Sadistik has already taken the right steps to create a strong foundation for an underground hip-hop career by establishing a rapport with such respected artists as Mac Lethal and Vast Aire, whom both make strong appearances on the album. Also, with the success of the aforementioned comparisons to the featured artist, there is obviously a market out there for those that don’t want their rap music littered with derivative self-indulgence and pointless violence. The pain expressed in “The Balancing Act” is self-inflicted and a condition of one’s own mind.

When first listening to the disc a listener may be turned off by the opening tracks “Dawn of the Dead” and “Playing God” as they are a little bit more frenetic and unfocused compared to the rest of the album.

Once you muddle through the unspectacular beginning, you will come to like a lot of what “The Balancing Act” has to offer. “Ashes to Ashley” features a slightly softer sound attributed to the ringing piano keys atop the ominous backdrop. Sadistik drops these lyrics:

“I saw her dance until the rain put the fire out
Burned at the stake, Joan of Arc, little anxious Saint
I illustrate the gates of hell into my notebook
Her flesh burns up in the furnace
Ashes to Ashley, earned to something earnest
I slit my wrist in cursive, then ink pen
Write a revelation then burn a stack of bibles
Question my faith, get my childish ass to smile
Find another son a piece of confidence to muster
Her ministry echoes in this monolithic structure
Cremate the dying Christmas trees
The winter is full of bitter ashy black blizzards
So when the superstition delivered
And it came down the chimney
They found her in the fireplace with me…”

Sadistik often lives up to his name with a wide array of dark-tinged narratives. Later in the track striking angelic vocals pierce the sound waves as Sadistik often utilizes a stop and go tactic with both the production and bars to make certain moments seem more explosive.

Things do not get any lighter as the album unveils itself. “Memento Mori” is a track that is named after a Latin phrase that means “remember that you are mortal,” or “remember that you must die.” Given your understanding of the meaning, this will make the story of the song that much more chilling, despite the almost bouncy carnival-inspired beat.

“Writes of Passage” featuring Vast Aire takes a close nod over “November” as the tops on the album. The compliment of the effective chipmunk beat coupled with the Def Jux spitter and Sadistik’s odes to Rage Against the Machine, Kurt Cobain and Tupac make it the most accessible for the average hip-hop head. Plus, it is the only track that uses scratches to further add texture to the beat. After hearing the joint, the listener has a stronger impression of why Sadistik got into this industry. Meanwhile, “November” is more typical of subject matter on “The Balancing Act” but it seems truly genuine as you can hear him resisting tears as he spits:

“When you told me you cut inside your flesh
You’re depressed and you would rather die instead
I can feel hear my heart tear to bits
The first time I cried ever since my parents split
And I knew there was no you and I
I kissed you goodbye, it felt like suicide…”

The agony is true to life and an experience that most have faced in losing one you love through break-up, or perhaps death.

The album runs at 56:27 in length, but ultimately that is a bloated number as much of the material is just the atmospheric production that runs extensively before and after Sadistik puts his work in. There is even a 3:12 interlude at the halfway point. An interlude may be necessary for some though as Sadistik’s style may be overbearing since his outlook is constantly grim. The reason albums like the comparable release from Atmosphere “When Life gives you Lemons, You Paint That Shit Gold!” are so successful is because there is enough variety. Ironically, sometimes “The Balancing Act” is lacking that required balance to make you want to explore the album front to back. Furthermore, the songs kind of blend into one another as many of the productions (done by Equilibrium and Emancipator) sound too similar to one another.

Still, with the mixture of live instrumentals and Sadistik’s well-structured and meaningful rhymes, the audience is offered an album of substantial quality. The dreary nature of “The Balancing Act” will not appeal to everyone (in fact, it probably will not to the typical rap fan) , but if you want to hear an expression of one man’s dark thoughts over wax, then this Clockwork Grey release might be for you.