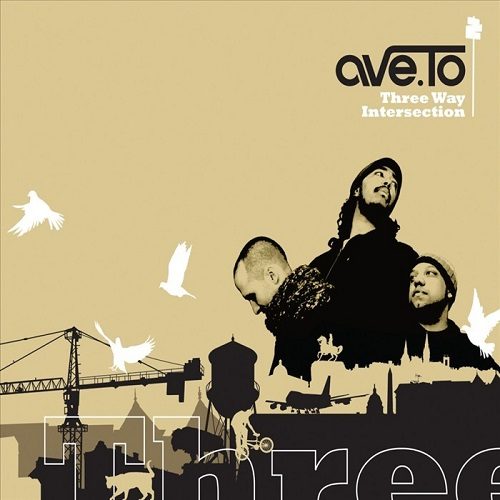 In a genre that is as much of an amalgam as hip hop, forays into different arenas of musical expression are to be expected. Ave. To â€“ comprised of producers Oddisee, Unknown, and Kolai â€“ is the latest in a long line of projects that attempt to merge elements of hip hop and jazz, an endeavor which has produced a range of musical styles, from the jazz rap of Guru’s Jazzmatazz, to Aceyalone and Freestyle Fellowship, to the more subdued trajectory of groups in the trip hop camp, like Thievery Corporation. While many have attempted to straddle the line between hip hop and jazz evenly, most have landed squarely in one of the two camps while incorporating select elements from the other side.

The debut album by Ave. To, entitled “Three Way Intersection,” is unique in its success at incorporating both genres fairly equally and quite consistently. It’s hard to label this a hip hop album outright, with its musical meanderings and often abstract melody lines. But it isn’t a straightforward jazz album, either, as the drums are crisp, syncopated, and prominent throughout, and the compositions are slightly more focused than the ambiguous forms many jazz musicians employ. It makes it difficult to get a handle on occasionally, but it remains an intriguing listen throughout.

One of the album’s biggest assets is the care with which the songs are constructed. Each track is its own self-contained musical journey, with every step along the way carefully planned and precisely executed. The opener, “Mama’s Koolaid,” is a prime example, as the song builds steadily then breaks down into its various component parts before building back up and finishing. Another track that stands out in this regard is the album’s crown jewel “Abuja,” which features an awesome build-up from tribal drums, to flute, to synth chords, to bass line, to tambourine, to percussive guitar, to electric guitar melody line, all eventually over a neck snapping funk groove. The track breaks back down and then slowly rebuilds with new elements like bells and squiggly synths, creating serious momentum and pace. This one has a clear direction to it, and its more focused feel helps make it a stand-out track.

Unfortunately, the tight construction of songs like these does not carry over to all of the cuts on the album, resulting in a drifting quality to much of the music. “Cuba Libre” sort of wanders around without ever finding its groove, essentially wasting a sharp Latin drum pattern. “Unmandyax” takes its sweet time getting to the point, if there even is one, and feels more like a series of instruments taking the lead than a coherent song. Although the electric guitar solo almost redeems it, you keep waiting for the song to take off and it never does.

That’s not to say there aren’t a number of great moments on this disc. In general, the tracks that bang the hardest are the best, especially when melody is prominent and emphasized throughout. “Mass Transit” illustrates this point, with its compactness and recognizable melody. It also boasts a head-bobbing fuzz guitar chord progression that morphs into various forms both at the forefront and in the background. The interplay between trumpet and guitar is also not to be missed. The bass melody of “Cuz Of U” anchors the song’s composition, and some piano soloing adds a fresh new element to the mix, in addition to the array of percussion, including bongos, combs, and shakers. “Stank” succeeds here as well in its use of the funk sound template, from the signature guitar tone to the hi-hat frenzy on drums and jumpy bass guitar. The layered sax melodies also add to the proto-disco feel. “Xess” is a slower track that still bangs with its stuttering drum line, drawling trumpets, and breezy flutes, while the eastern sounding “Natural” layers sound upon sound underneath a vocal sample of someone elucidating the personality traits of two astrological signs. It sounds bizarre, and it is, but it also works surprisingly well.

The final song, “As the World Turns,” sums up the album quite well. A jumble of a beginning gives way to the clarity of a jam of a track, kind of like a slightly out of tune radio finally catching the right frequency. The jazzy sax and straightforward drums and bass line capture the jazz/hip hop genre blend as well as anything else I’ve heard, and while it’s not truly exceptional, it’s a fine closer nonetheless. This is essentially the case for the album as a whole: the songs that work are remarkable examples of musicianship, while the occasional wandering track detracts from the flow here and there. With its 15 tracks, each hovering around or over the 5 minute mark, the album sets itself up for the occasional dilution of content, but it’s easily forgivable with the overall quality on display here. These are not the kind of beats you’d like to hear your favorite MC rapping over; there’s too much going on and for the most part they’re too muted. But as an instrumental album that sets itself lofty goals and goes about its craft painstakingly, it is a rewarding listen that shows the versatility of hip hop and its practitioners, in whatever arena they choose to express themselves.