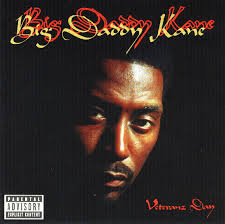 It has been said, to the point of redundancy, but I do not think that it cannot be said enough – No other music in the world LOATHES the aging process quite like hip-hop.

What makes this an unfortunate and sad development is that there are many artists out there who could still be making a serious creative impact if they could get past the hurdle of their “alleged” unmarketability – only because of their age.

This is sad and ironic because just about ANYONE who has ever been active in any part of the process of music production knows its’ dirty little secret: skills do not have an expiration date. You do not lose the ability to scribble out a hot sixteen just because you are dancing on the righthand side of your fortieth birthday.

Yet at a time when their contemporaries in other genres are enjoying comeback albums and popular tours (New Kids On The Block, Duran Duran), most of the hip-hop stars who contributed HEAVILY to the luminence of the ’80s “Golden Era” have to be satisfied with nostalgia tours, sporadic guest appearances, and VH1 reality shows and tribute showcases.

Funny thing is that, when given an opportunity, they still have a LOT to say – and they STILL have the potential to STEAL the show if you let them drop a verse on your album. No one embodies this situation as much as the emcee who’s psuedonym identifies him as “King Asiatic, Nobody’s Equal”.

Big Daddy Kane (BDK) was written off years ago – even by loyal hip-hop fans. Most people tend to focus solely on his late ’80s output when discussing his body of work. Excellent as ’80s discography is, what becomes clear to those of us who keep track of his latter day verses is that BDK remains as NICE as he ever was in his commercial heyday.

Check out ANY of his guest appearances over the span of the last ten years (you guys have the Internet) and peep the fact that he seems to have gotten BETTER since the days of “RAW”. Like Kool G. Rap – another rapper in the same predicament as BDK – you do not call on the King just for the sake of having an old-school representative on your track, you call on him because you need to make sure your track has at least one QUOTABLE to spare.

Ask Bun B, UGK, or Little Brother how they feel about what he spit on their tracks.

One album that fell so far beneath the radar, it could have touched your rooftop, was his 1998 full-length effort “Veteranz Day”. I recall BDK stating, at that time, his reason for recording “VD” was to prove that he could still spit alongside any of the people who was hot at that moment. From the second you heard the Easy Mo Bee-produced “Uncut, Pure” spilling out of your Cerwin Vega’s, it was clear that BDK still possessed one hell of a pen:

“See the crowd in an uproar, acting unstable
Here comes Dark Gable, raps remark-able
Mic ripper, cash flipper, Cristal sipper
Derrie’re batalliere, that’s French for ass whipper
Long time putting in work to be tremendous
If I’m not the best, I’m a damn striking resemblance
I roll the dice on the streets that be cold as ice
And cause great disturbance just like a poltergeist
I come attacking this enraged, to disengage the missing page
To the newest in age that’s hitting the stage
For I, be the one that knows the art
To get you up and out your seat like you was Rosa Parks
Tell me, how much can you take, from me the man to make
Rhymes that be so butter, my breath smells like Land O’Lakes
You know the lick, seen me hit em like a brick
Plus my posse run thick like that chick from Mario’s (Van Peebles) flick
Beware of one of the best their be
You wanna test the God, I hope you mean a SAT
Because your poetasterous style, it plain bores me
Pardon the vainglory, but here’s the Kane story”

Whew! Couple this with second nature-like breath control, clockwork delivery, and that buttery baritone and you realize that BDK should not have been having to make any type of argument concerning his relevance in the ’98 hip-hop climate.

He continues to demonstrate above-average vocal and writing skills throughout the body of the entire album. In my opinion, He – as a performer – does not stumble at all throughout the entire recording. He accords himself proudly at each opportunity, rising above the rim on the cautionary tale “Do U Really Know?”. Check him out as he admonishes a silly rapper in the mold of “Gangsterlicious” (Boondocks fans know what’s up):

“I was sittin’ outside double parked after dark
I think it was on the corner of Nostrand and St. Mark
That’s when this stray cat walked up to me
Now I was sure he would be
But you woulda thought he’d know me
telling his life story to me
He said, “Yo, Kane”, since way back in his life
Days of Rappers Delight, yo he was after the hype
He rocked the Kangols, Adidas when Run had that spot
When I came out, he had a flat-top
And when Naughty came out, a couple of years ago
He even tried the braids up in hair, but they ain’t hear him tho
Heavy D was blowing up, so he tried to gain extra pounds
No thanks to that, they ranked him wack
Now the only thing that’s left, was to go gangsta rap
So now he rhymes about the keys being sold
The G’s being fold, the trees being rolled
Now sure he should, he started acting like he from the hood
Talking thug game and had his record sales doing good
And so now, you on the road to riches
Referring to womankind as hoes and bitches
Yeah, you the man now because your rap is for chickens
but you got your seven year old daughter listenin’
The twist begin when the image you projectin
It starts to reflect on your shorty cause she’s checkin”

“It could be that excess drama, that one be rhymin
That could make one rapper, convert to gun clapper
That acting buckwild, boy that ain’t your style
Plus your thug profile is now reflecting on your child
You thinking that it couldn’t happen
But then it happens, and now your rapping
Came back to haunt you because you want to
Be in her face puffin li with your crew
You even let her take a sip or two upon your brew
Instead of trying to shed light, to keep her head tight
So that she wouldn’t do the things that the next kid might
Oh now you never did consider tho,your kid could go
Trying to do the things that she saw up in your video
You went upstairs thinking that she wasn’t able
Slippin’, left your glock sittin’ pon the coffee table
So as you hang with your gang, doin your thang
BLOWE! Unexpectedly to your ears the shot rang
Came down, never thinking that you would see what you saw
Right there, layin in blood across the living room floor
So now, you sit in grief, total disbelief
Cause everything that mattered, to you all is all shattered
Instead of concentratin heavily, on what your rep be
You should have been thankful for your child, like Cheryl Pepsi
Cause if you would have stayed aware, of who was in your care
She wouldn’t be a casaulty to your career”

The Achilles heel for “VD” is the same useless injury that has felled many a great emcee: POOR self-production. To my recollection, BDK produced all but two tracks of the album himself. The two tracks he is not responsible for, “Uncut, Pure” and “La La Land”, both by Easy Mo Bee, are the two best produced tracks on the cd. I also believe that this was done because of budgetary concerns and a desire to hold on to a larger percentage of his publishing.

However, a poorly produced album, especially by an artist who continues to have a small, but loyal fanbase, does little to preserve that loyalty. This album suffers the same fate as Canibus’s first album – great vocal performances hampered by inadequate board work.

The funny thing about BDK’s decline in the ’90s was that he was demonized for taking advantage of opportunities that today are par for the course for any entrepeuring rapper. No one blinks an eye if a rapper caters much of his catalog to the ladies, pose in the nude, or flex their acting muscles. Truth is, people EXPECT rappers to do these things now. BDK would pay dearly for alleged career missteps that are standard operating procedure today.

BDK seems to make a living now by making guest appearances, appearances on tribute shows, and performing on “throwback” tours, continuously regurgitating his past. The shame is that how many of them would probably be pleasantly surprised by what he has to offer the present, and the future if he could just get past the issue of his being an official member of hip-hop’s oldschool.