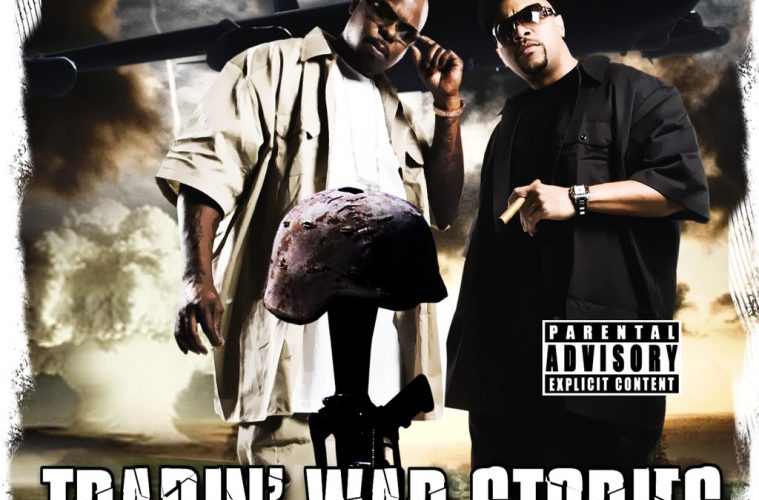 Before we even BEGIN this review, I want to make it clear that YES this is the same Omar Gooding that you think it is.

Yep, the same guy who you saw on the television show “Hangin’ With Mr. Cooper”, featured in the John Singleton film “Baby Boy”, as well as being Cuba Gooding Jr’s younger brother is an emcee.

Yes, he is definitely an emcee – not a rapper. You heard me correctly: dude is REALLY nice. How nice is he? Just off of this album alone I would be willing to put him in the same mic booth as Ludacris, Jay-Z, Chamillionaire, or anyone else who has demonstrated a mastery of witty wordplay, nice voice, breath control, and proper annunciation, and be PERFECTLY confident that he would not make an ass out of himself.

“Those are some strong words, Nervous”, you are probably saying, “Sure you are not grading THIS guy on a curve?”

Hell naw! I told you all that I am not going to do that! I meant it. Check out his verse here on the first song. Though I will admit, it is quite simply not the same as hearing him actually spit it:

“BLAOW! How you liking me now?
Hyphy and wild, I’ll ease your pain Vicodin style
Might be the smile, you see on my face
But (if you) underestimate, 99.9 (chance), you’re back in your place
Cause I ain’t just taking a fucking crack at this here
If this year was pimping, I’d be the Mack of the Year
My flow arouses, I like my hoes like I love my houses
Nice view with a spectacular rear
How does this vernacular taste? It’s only new to you
This is only a taste, of what I’m gonna do to you
I spit like I’m starving and driving a hooptie
gun cocked in my hand and holding it loosely
Wish a motherfucka would (indecipherable)
Found me rockin in the corner, with a pen and loose leaf
Scribbling mad gibberish, speaking in a different tongue
talking backwards like (he imitates backwards rapping)”

Omar, I mean Big O, avails himself so nicely on this track that you begin to realize that this album came with a taste of false advertising. You see, this album is really more of a compilation of West Coast heavyweights than it is an album featuring a majority of yours truly.

I believe that C-Bo (the owner of the record label and a West Coast hip-hop legend in his own right) calculated correctly that it would be a marketing coup to be able to state that this was a Big O album. It is not a Big O album, though I find myself wishing he was featured more often.

However, it is still a solid purchase because the people who are invited to this party are all of album-carrying caliber themselves.

It just so happens that all the best songs on this album tend to feature Big O, but not all.

You have the nice bounce track “Bubble for a Butt” featuring Zay Cash who sounds like a nicer Juicy J on this cut.

You have the always excellent Yukmouth featured alongside C-Bo and Lil Cyco on “What’s Your Life Like”.

You have a standout first verse, as well as a nice track “Out On Bail” featuring Spade and Venchy The Brand.

I tend to think of this album in the same mode as a No-Limit Records release, or a very professionally produced mixtape.

Either way, you cannot lose with this one. It is another solid West Coast banger with solid production, and a rapper who might want to consider spending more time in front of the microphone, instead of the camera.