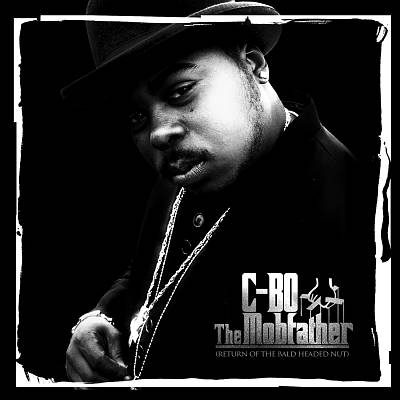 My first introduction to C-Bo was 1993’s “Gas Chamber.” The owner of Co-Op Records told me if I was looking for the hardest gangsta rap in the underground I needed to look no further. Conveniently, he just happened to have a copy in stock. His line may have been all hype to push units, but I bit it hook line and sinker anyway. Surprisingly, the album lived up to the billing. At a time when my Cali vision was being expanded by everyone from Spice-1 to the Hieros, C-Bo’s funky smoked out bang music fit in nicely. In the years since, his rep has grown exponentially; ironically in part due to the fact he was jailed in ’98 for violating parole due to the EXPLICIT LYRICS on “‘Til My Casket Drops.” After the ACLU protested, the violation was dropped and C-Bo was released, but it made headlines nationally and exposed a whole new level of folk to his music.

A decade later, it really hasn’t changed for C-Bo. Like Oakland pioneer Too $hort, C-Bo has learned the lesson that consistancy sells. Listeners want hard beats and hard rhymes, and Bo continues to deliver. First timers to his raps may find he sounds like a more menacing version of Ras Kass, as on the track “We Come From Tha Streets”:

“Think back now, kiss the ground, yea bless Allah
For the Mob not strippin you down
I’m a banger so it’s all in the game
I ain’t stoppin ’til my lil’ dawgs put paws on all of your chains
Got a problem with it, holla at me
Mobfather when these streets need to eat, they holla at me
I’m a West coast nigga, straight from the roots
And I nuttin like Shyne, I’ll shoot straight through ya suit”

When Bo comes through, you can expect the car to jump up and down just off the hardness of the bass. That’s why you’ll find Bosko on the beats for songs like “Goin Hard” and “Weekends,” Mark Sparks lacing up joints like “Hustlin’,” “C-Bo and The Realest” and “Don’t Want It” and even Snoop favorite Jellyroll on the track “I’m A….”; with the rest of the work being handled by Blaq Thoven, Nandog, and Rhythm D among others. Speaking of the latter, he throws down a beat on one of the hardest tracks, “I Like Gangster Shit” featuring Eastwood and Gotti. Like Snoop Dogg before him, Bo’s verse pays tribute to rap legend Slick Rick:

“It’s like La-Di-Da-Di, me Eastwood and Gotti
Bound to catch a body with the twelve gauge shotty
Yea, just some gangsters on the mic
And if you see us at the concert we out for ICE
To all my locs, liftin chains in the L
Blast on them bitches and add some mo’ shells
Cause it’s cool when they fold in a cozy condition
Complete the mission knockin all competition”

C-Bo’s thuggery is raw, uncut and uncompromising. It’s not surprising that the po-po would try to violate him back to prison listening to his records. This is not a socially conscious record, it’s straight up G shit. That’s not to say it’s not some G shit you can’t party and vibe (or even C-walk) to. “So Fresh” will have ’em running to the dancefloor yelling “OH BOY,” and you can’t argue with a Yukmouth cameo. The melody and bass of “Box U Out!” get you in the groove even before the sung hook or guests 151, KJ and Truck get a piece. And it should come as no surprise a song called “Roll Wit Me” is some smooth funk that features cars rolling on Daytons.

Closing with the track “Bitch Niggaz,” the album finishes at 21 tracks and over 77 minutes of some of the most screwface rap still being made today. While some people would find the content of “reality rap” objectionable, what it all boils down to at the end of the day is telling a story. C-Bo’s story is a rap laced with murder and mayhem, but his vocal delivery is not to scream and yell like DMX or Jayo Felony. In fact C-Bo is postively laconic, presenting an interesting contrast to the events unfolding around him. What undoubtedly may have been his lifestyle at one point in the past (certainly enough so to land him a bid in jail) now reads more like a movie, starring C-Bo as the narrator. Since he’s coming from the state with palm trees and big budget films (where actors run for governor) it’s all good to me. Parental discretion is advised, but purchasing discretion is recommended.