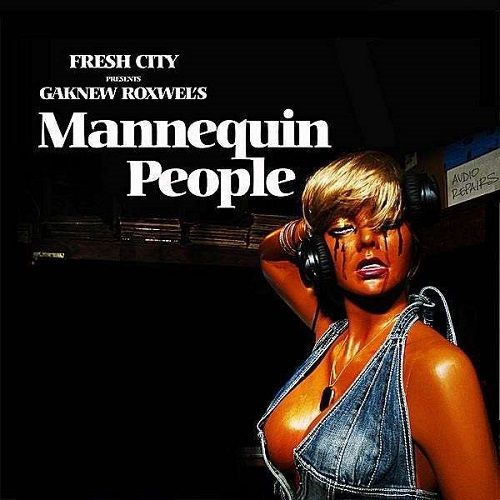 GaKnew Roxwel is not your typical rapper. He came up in the streets of East L.A., and has dedicated much of his adult life to working with at-risk youth, including serving as the director of after school programs for Assemblies in Motion, the nonprofit founded in part by Tupac Shakur. GaKnew’s understanding of the struggles of inner city kids and his dedication to improving their lives adds a depth to his rhymes. On “Grammy,” he lays out the problems facing the poor communities:

“Drug exposed babies develop delayed
Living in filth social workers deem ok
Seems though they see so much hurt in the day
It becomes just work
Wanna pull the curtains away
Can’t blame the system for being over capacity
Half of these parents been victims to some degree
Pointing fingers means one less hand helping humanity
Nonprofits overwhelmed giving therapy
Care to see how much we spent on war
Homeland security?
Kids get shot at the store
[â€¦]
It’s the hurt that make people try out crack
Can’t blame that dope
Can’t ignore the cocaine
We got to help each other, man
It’s the only way communities maintain
We got presidential issues, launch the campaign”

While these bars are great, “Grammy” loses the plot later in the song when GaKnew starts rapping about how the solution to the problems is for him to win a Grammy, thus getting the money to put into organizations and programs to help the poor. It’s a clumsy verse, and it is unfortunate that he combines his desire to help people with his desire to become rich and famous.

GaKnew is also a poet, and has won several local and national poetry slam competitions. His poetry is inspired by hip hop, and his rapping is inspired by his poetry. He draws upon the mastery of language essential in good poetry to create rhymes that are layered, complex, and a step above your average rapper. He also drops some poetry, like on “Soul of A Mannequin.” Even the concept of the album is poetic, built around the concept of “mannequin people” who are putting on a good front, but are hollow and dead inside. GaKnew’s rapping style is a little Kanye, and a little Jay-Z at his most earnest and soul-bearing. Think “Moment of Clarity” but with more soulful production, and you are approaching where GaKnew is coming from, even if GanKnew is not quite in the same league as Hova.

Beyond being a skilled MC, GaKnew is also a producer. He produced fourteen of the fifteen tracks on the album, offering up a combination of samples and live instruments, played by his backing band. The bulk of the beats are mid-tempo, and built around sped-up soul samples. It isn’t that innovative or original, but the songs sound good, and the relaxed tempos give GaKnew some room to rap. The live instruments add some energy to the mix. He also brings up the heat on “L.A. Dodger,” which rides a synth riff. It appears twice on the disc, once with just GaKnew, and again as a remix with Roscoe Umali and Stylistic Jones. GaKnew’s wife Thea Monyee’ also appears on several tracks, and Macho, Prolific Thought, Eshon Burgundy, and Damani all offer verses on the album.

A lot of blood, sweat, and tears went into making “Mannequin People,” and it shows. GaKnew deals with the struggles of the inner city, as well as the challenges of relationships, being a musician, and trying to make a place for yourself in the world. GaKnew is an insightful and honest rapper, and his positive but real approach is a welcome contrast to rappers who glamorize life on the streets, either intentionally or unintentionally. There are a lot rappers spitting tales from the hood, but not that many offering solutions or analysis of how to make things better. GaKnew does this without sounding preachy or corny, which is no small feat.