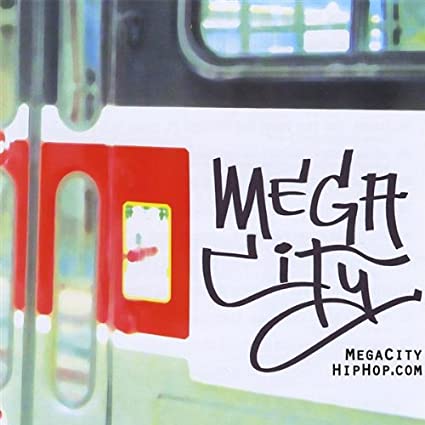 I know what it’s like to live in a city that doesn’t get the respect it deserves. I live in an area known respectfully as the armpit of California, renowned for its raisins and not much else. When people think of my hometown, they conjure up images of backwardness and poverty, and, presumably, lots of grapes. Toronto has a different kind of image problem. If anything, it’s too damn perfect, lacking in many of the noticeable flaws that hip hop prides itself on critiquing. Canadians have universal health care, a higher standard of living, and cleaner air, or so we’re told, lending to everyone north of the border an aura of competence and normalcy that we in the States can only mock as lacking in the spice-of-life variety that we use as a code word for abject fucking poverty and abysmal living conditions.

As with the stereotypes about my neck of the woods, I’m sure most of these are misrepresentations that are vastly out of touch with reality, but they shape our perception of the area anyway. The result is a general disdain for the mere idea of Canadian hip hop, and when Clear Channel radio stations (read: ALL radio stations) refuse to play anything to disprove our beliefs, we go on unimpeded in our false sense of superiority.

Enter Mega City Hip Hop. Their website proclaims, “We are well past the point where the overflowing talent in Toronto has no choice but to take matters into their own hands.” The answer they present to this conundrum is “MegaCityHipHop.com,” a 15-track compilation by various artists bubbling beneath the surface in the Toronto scene. What this album makes immediately apparent is the love these artists possess for the music they make. From word choice and syllable placement to the sound quality of each snare drum and crash cymbal. Hip hop is clearly a craft they take seriously, and that alone is worthy of respect.

The beats are the backbone of the compilation, and they consistently keep your head bobbing. The style is low-key â€“ in the same vein as underground east coast stuff circa 1994 but without much of the darker edge â€“ full of smoothed out samples layered with delicate touches like tinkling bells and set off with on point scratching. The most impressive thing is not just how good the beats are all the way through, but how well they all fit together into a cohesive album. This is no mean feat on a compilation album that features fifteen different producers on fifteen different songs, but the music flows effortlessly. If you didn’t know any better, you might think there was one mastermind behind the boards here. Instead, there is a wealth of Toronto talent on display, from the piano-laced bounce of “The Mega” (by M-Phazes) to the Freestyle Fellowship-worthy jazz aesthetic on “Smoke the Night Away” (by D-Ray).

The Mega City MCs hold up their end of the bargain as well, with precise flows and sharp rhyme skills. Roti opens things up with the first of many homages to the T-dot, professing his love of everything from the Caribana street fest to Friday rush hour traffic, while Cale Simpson spins a Bonnie & Clyde tale about a young couple dreaming of more and “dreaming of leaving that small town behind.” There are very few, if any, weak performances on the mic, which is further testament to the album’s consistency and cohesiveness, but if there is a knock here, it’s to be found in a general lack of personality. Every rapper performs just fine, but when it’s over you’ll be hard pressed to pick any of them out of a line-up. That certain swagger that puts a tight MC over the top is missing from many of these songs, so that when a charismatic performance comes along, you stand up and take notice. This tends to occur when the vibe switches up from the breezy, free-flowing mood to the more straightforward, harder knocking stuff. The Freeze track “You Can Never Get Too High” featuring Doxx, Psy, and Young Fam boasts a sparse beat of a funky bassline and intermittent vibes, which provides the MCs with plenty of room to verbally gesticulate about the pursuit of a good time. They’re not talking about anything that deep, but the singing has a nice Lyrics Born inflection and the raps play with the beat to perfection. Another track with a simplified swag is “Couple Dollars,” where the line-up of KJ, Castkit,, and Dylon spits some borderline inane raps but has a rollicking good time doing it. The plodding horns and barely there drums don’t hurt, either, in keeping things new. Then there are the more traditional lyrical efforts that just plain old blow your socks off, as Mike Alan does on the self-produced thinker “What You Want,” where he writes rhyme schemes so intricate that you can almost lose their path, only to be wowed when everything finally comes together.

“MegaCityHipHop.com” is a strong effort from a skilled bunch of musicians who easily deserve more shine than they’re getting. The producers especially put on a show, making you wonder why you haven’t heard more of these names before. It’s rarely spectacular, but it is always a pleasure to listen to, which is more than you can say for a lot of the crap we claim as our own in the good old U.S. of A.