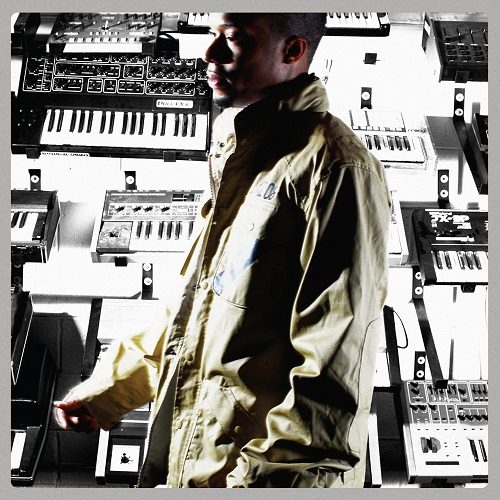 In the Hip-Hop world, artists tend to confuse stagnancy with consistency. It’s way too easy for artists to rest comfortably on their laurels after dropping dope records early on in their careers without showing any signs of aesthetic progression further down the line (see: L.L. Cool J circa ’88 vs L.L. Cool J circa anytime during and after “G.O.A.T.”). While you do have emcees like Cage who can make brilliant records after rotating their image a complete 180 degrees from what it was during their previous material, these artists still have to undergo a massive makeover in order to nurture that growth – the music changes, and there’s a chance that the performers will gain a new fanbase at the expense of their old one. These are all of the issues facing artists that attempt to maximize on their potential.

Black Milk, however, has proved that change is indeed good – if not great. His new album, “Tronic,” displays a sound that’s totally unique in comparison to “Popular Demand,” his solid debut that was only released a mere nineteen months ago. It’s that short period of time that must have made the difference, as Black Milk is lyrically – and sonically – sharper than he was a little over a year and a half ago.

Want proof? Check out “Long Story Short,” where a light piano melody quickly transforms into the Detroit native’s signature crashing drums and screaming synths, giving Black a platform to deliver an autobiographical reintroduction to the man and his music:

“8/14, 1983, nigga, I’m here
But let me fast forward ’bout seventeen years
Take you back to the basics, back to the basement
Hi-hats, snare drum, bass line, bass kicks
Record in the karaoke stereo to tape deck
Havin’ fun with it, ain’t worried ’bout getting paid yet
Couple years pass, now I wanna get paid, and
Stepped up as an emcee, stepped up to the MP
Doin’ beat CDs, getting better, bruh
Listenin’ to Pete Rock, Premo, and Dilla on the regular
I’m tellin’ ya, couldn’t tell me nothin’ till my ears determined
Learnin’ how to get my sound as good as theirs
…
Is the story over? Not really
Got “Trinity,” “Dirty District,” “Detroit Deli”
I’m thinkin’, “How can we fail?”
Seen a whole ‘nother level of the game out on tour with D12
Fans wildin’ out, hands risin’ in the pile
And Proof keep stage divin’ in the crowd”

The imagery that Black utilizes in the song puts you right in his shoes during the time he spent on the come-up, and it’s also one of his finest moments on the album. It is also here that you realize how much his pen game has improved since “Demand” dropped. Where the beats on his last effort vastly overshadowed his lyrics, this sounds like more of a balance between the two – to quote Phonte Coleman, “Dope beats, dope rhymes, what the fuck do y’all want?”

Speaking of beats, Black Milk’s production skills have also been fine-tuned – he had stated in interviews that he wanted to play around with live instrumentation on this project, and he does that on the aforementioned intro (with R&B crooner Dwele playing the horns) and on “Give The Drummer Sum,” a frenetic sound clash of hard drums, organ stabs, and live trumpets. In fact, the only time that Black Milk samples a soul record is on “Try,” where he actually apologizes for doing so.

Other highlights include “Bounce,” whose jumpy electronic keys are almost hypnotic; “Without U,” where Black manages to produce a lighthearted breakup song with the help of Canadian crooner Colin Munroe; “Tronic Summer,” an instrumental record that definitely feels Dilla-esque without sounding like it’s a direct bite of the legend’s whimsical sound; and “The Matrix,” which finds Black Milk connecting with Pharoahe Monch and Sean Price, while DJ Premier cuts up the hook for a song that’s been burning up the internet for the past month. While Black definitely holds his own lyrically, the highlight here is Sean P’s darkly humorous sixteen:

“It go punch, shoot, stab, kill
Smoke this, sniff that, nigga, pass the pills
Niggaz rappin’ ’bout daffodils, tree-hugger
That’s when the gat slap ya grill: P mug ya
My defense is offense, offense is nonsense
Drunk with a kufi on, prayin’ to Allah bent
Clark Kent with the glasses off
Power-fuckin’ Lois Lane cuz her ass is soft
Kryp-to-nite, but I’m a Blood today
Latin King tomorrow, keep it caliente
I send Spanish niggaz to visit ya label
Rep for mi gente, and take ya digital cable
The god hard body, y’all ain’t physically able
To test me, I’m Jet-Li – this whippin’ is fatal”

The guest spots are also much more deliberate than they were on the last go-round – while it seemed like the featured emcees on “Popular Demand” were simply taking up space, the co-starring cast on “Tronic” is necessary to the cohesiveness of the music: from Royce da 5’9″‘s slick showing on “Losing Out” to AB’s soulful harmonizing on “Reppin’ For U,” everyone sounds like they belong, as opposed to just being tacked on after Black’s verses.

That’s the other thing that I’ve noticed – “Tronic” sounds more like an album than “Popular Demand” did. While that’s certainly not a slight to the latter, this LP sounds more like an album that you can play from front to back a couple of times before picking out your favorite tracks. Black Milk contributes to that by adding instrumental interludes in between most of the songs, which contributes to a flow that this listener didn’t want to disrupt until it was all over.

“Tronic” shows marked improvement in Black Milk as the total package; he doesn’t excel by sacrificing his rhymes for the sake of the music, or vice versa. He simply sounds better. He manages to create a signature sound for himself while still appealing to the fans that already love his music, and that’s certainly an accomplishment in a musical genre that often confuses change and compromise. If you haven’t copped “Tronic” yet, you certainly won’t be disappointed… whether you know his name or not.