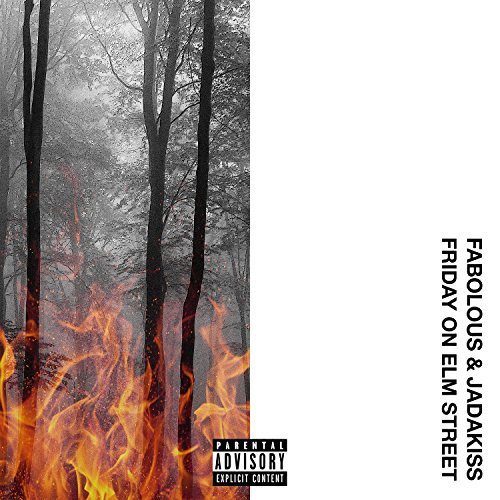 Over 16 years ago during my college days, I remember how almost every Sunday I would travel to a local Connecticut flea market. Yes, most of the items for sale were painfully bootleg (sneakers with an upside-down Phat Farm logo, anyone?) and the food was a few steps below what they serve to inmates at Rikers Island, but that wasn’t why I patronized their services. No, my sole purpose in traveling there was for the hip-hop mixtapes. A jewel casing with a Photoshopped cover and a CD with the DJ’s name and mixtape title printed on it is the simplest description of it. But the best part about mixtapes was the freedom they embodied. Being outside the restrictions of their record label, a hip-hop artist could collaborate with anyone, not pay any sample clearance, release new material, and generally work without constraints. The mixtapes which I frequently purchased at the time were courtesy of Queens’ prolific DJ Clue. Two prominent mainstays on his compilations were Yonkers’ Jadakiss of The L.O.X. and Brooklyn’s own Fabolous. Though Fabolous is the more commercially successful rapper, both are known as street-level emcees with rhyme schemes, wordplay, and punchlines that hit hard from cyphers to wax. In fact, the first time both rappers were on a song together was “Fantastic Four, Pt. 2” on Clue’s 2001 major-label sophomore album, “The Professional, Pt. 2”. Both men released their solo debuts in that same year and, since then, they’ve collaborated on several tracks together to the point where a joint album was inevitable. As such, the two lyricists began the process with a motif centering around comparing themselves to two horror movie icons: Freddy Krueger and Jason Voorhees.

Originally entitled “Freddy vs. Jason” in 2016, the final product’s title was changed into “Friday on Elm Steet”, a portmanteau of the two horror movie franchises. However, there’s very little about the music and lyrics that’s in-line with the the album’s loose concept. “F vs J Intro” starts off with an ominous imitation of a scene from any “Friday the 13th” movie and then the beat drops with Fabolous spitting his usual braggadocio multis. The beat then transitions into Jadakiss’ portion, which contains the same drum sample used in “Dead Wrong” by the Notorious B.I.G. and cutting bars that actually relate to the horror-slasher theme with lines like “Power from the hockey mask, James St. Patrick/Three bodies in one night, that’s a hat-trick”. The album’s lead single is “Stand Up” and, with the enlistment of Future as a featured guest, was an appropriate choice. It has an energetic 808 drum programming and trap synths courtesy of Reazy Renegade that are perfect for the bass in one’s car or the club. The Swizz Beatz-produced “Theme Music” is one of the few songs that have an unmistakable New York sound, mostly because of its vintage soul sample. As does “Ground Up” with Grade A’s dark piano chords. On it, both emcees’ street homicide rhymes correspond with the hook. After four tracks, the album veers away from the murder-death-kill lyrics and into the more airy and soulful “Soul Food”. An introspective song, Fab and ‘Kiss lyrically school listeners on their respective come-ups in the industry and how they’ve survived partly via adaptation. Neo Da Matrix produced “Principles”, which has a pop sound that gives it the potential to be the next single:

The melding of R&B with hip-hop that garnered Fabolous several hits is in full-effect on “Talk About It”, featuring Teyana Taylor. Interpolating the hook from “Can We Talk?” by Tevin Campbell, Fab and Kiss both lay down socially conscious lyrics on politicians, guns, and social movements like Black Lives Matter. Fab has a poignant line in his verse taking aim at hashtag activists who operate exclusively on social media and aren’t accomplishing anything. The song initially rang hollow with me because of the topics that dominate the album, however the penultimate track, “Nightmares Ain’t As Bad”, follows along the same positive lines. The message of the song? Your dreams have more significance than your nightmares. In between that space between these two songs, the lyrics return to being gritty. French Montana provides an assist with the hook on “All About It”, but what takes away from the song is that everyone’s vocals are tweaked slightly with AutoTune. “I Pray” is built off of organ and guitar samples with drums that kick in frantic rhythm when the hook drops. Fab’s verse encapsulates the theme of the song in that prayer works in two ways: Desire or downfall. Jadakiss has his own solo track, though Styles P is featured, but solely to provide the hook. Getting on “some Vincent Price type of sh!t”, Jada provides a crime narrative that’s just as cinematic as the musical backdrop. The album is rounded off by a remix to “Stand Up” (featuring Yo Gotti).

While the album has a some good tracks, I think expectations were set awfully high. I expected them to go full-throttle with the “Freddy vs. Jason” concept, with a movie homage cover (not that flaming “Blair Witch Project” image on the final product) as well as more lyrical references and full-use of the concept title. Considering the high regard to which both emcees are held, this album’s final result proves that a full-length collaboration between the two is not unlike the one between Jay-Z and R. Kelly back in 2002: It looks good, but only on paper. I know that things have changed since the time described in this review’s introductory paragraph, but this album and its originally intended proposed concept would’ve worked better back then, when their brand of hardcore NYC hip-hop was making louder noise. The overall verdict I have on this album is that the pro equals the con: Two emcess who are mostly unwilling to break some of their own conventions.