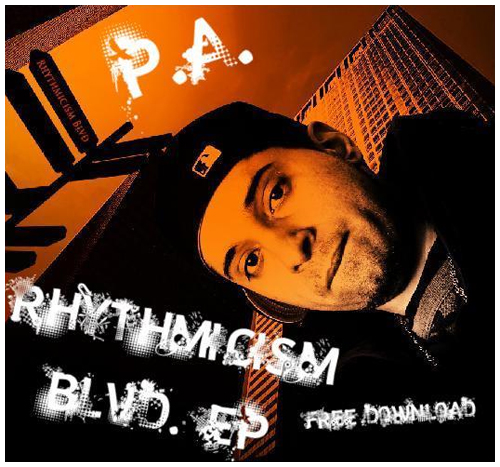 Not since the days of Maestro Fresh Wes and (well, half of) Main Source has the Toronto hip hop scene been so formidable. P.A., also known as Prince Ali, released a free six track EP in November last year that I’ve long appreciated but never taken the time to spread the word as it deserves until now.

I first heard of the young rapper in 2007, when a friend of mine sent me “On Our Way” with a message that was something like, “Check out this new guy Prince Ali. It sounds like the golden age!” The particular golden age my friend was referring to is the early to mid-90s, and P.A. conveniently named his first release “I Miss 94.” Indeed it seems like you might’ve heard P.A. trading bars with someone like Cormega or AK Skills (two points if you’ve heard anything from him) in 1996. He has a quick, effortless delivery and is a clever wordsmith, but it’s often his scratched-up hooks and simple, smooth production that most signify his throwback to his personal favorite era of hip hop.

After a short intro, P.A. flat out goes in on an awesome throwback beat from Chemist, rapping for nearly three minutes straight:

“Yes I’m back, I know the drill
It’s like fakers wanna hate but they beyond the deals
I played the corner still and hold the steel
I need a chick with a body like Adreena Mill
I dream of mills, I keep it real, I’m broke as fuck
It’s been a while since I seen a bill, yeah… it’s been a while
Sinking ships what I’m floatin’ on, stolen beats what I’m flowin’ on
Put my heart up in this shit, could give a fuck if I’m flowin’ wrong
Hold Qu’rans, still I feel as wrong”

Despite featuring only six actual rap songs, P.A. gets four to himself and the other two gather such talented artists as AZ and Sha Stimuli. “On the Road” pays homage to Bone Thugs, a must listen if only to hear Anthony Cruz pushing himself to the limit, whereas P.A. seems a bit more comfortable at that pace. Sha Stimuli continues to prove that he’s one of the best young guest verse rappers, bragging, “I reign and shine at the same time like I’m combining the seasons.” Said track, produced by Derilect, uses the same samples that’d been used on Paris’ “Good Old Days” and Above the Law’s “Murder Rap”â€”1992 and 1990, respectively.

This is not to say that Prince Ali should be labeled as The Guy Whose Shit Sounds Fifteen Years Outdated, as he’s truly a skilled rapper regardless of whose beats he’s rapping on. It’s nice to hear new, chill music that transcends era or age.