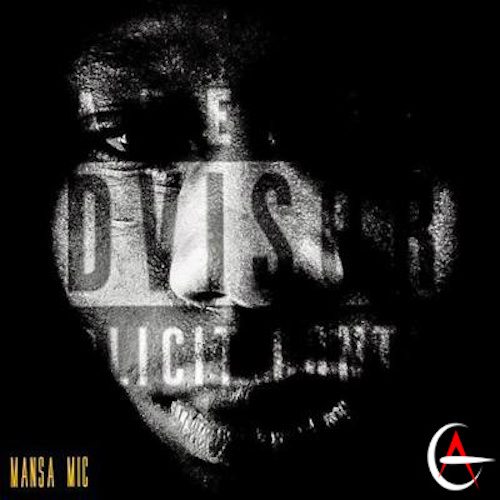 Mic Taylor can’t help sounding a little bit like Lupe Fiasco. True they’re both from Chicago, and both have a similar vocal tone and delivery, but there’s also something to their mentality to hustle while trying to build for the next generation. That’s what I get from the very first song of “Mansa Mic” titled “Mornin’,” when Taylor proclaims in a very matter-of-fact way that “I be speakin’ positive! I’m trying to inspire change.” Does he though?

It’s hard to say for sure. There are no production notes for “Mansa Mic,” so I’m going to go with the idea it’s largely self-produced since I already know that it’s self-released. Even though Mic Taylor often sounds and feels like that new Lupe, that’s definitely not his ownly inspration from the Chi, as he pays tribute to Do or Die with his own updated take on a song that may have been made before he was born (it is 20 years old after all) with “Po Pimpin 2016” – and no there’s no classic Twista verse on this version.

It’s at this point that the differentiation between Taylor and Lupe really starts to become clear. While the latter is not a fan of profanity and tends to avoid it or find clever ways to state himself without it, the former is willing to embrace it in both song title and hooks. “F@$# What They Say” is his obligatory response to critics or haters, even though he’s new enough on the scene to not have many of either yet, though I also appreciate the autobiographical nature of his rhymes and his polished delivery on the track. “F@$! Yo Hoe” can’t be self-produced, because it starts out with something that sounds like “Freeze On Da Track” (the now standard way of dropping your “signature” on beats), but either way I can’t see any positivity to be gained from the misogyny of the song. The line “F#$@ ‘Ye, I’ma hit all the Kardashians” is humorous, but the casual disregard he holds women in and the sung hook just doesn’t work for me.

I get the feeling on “Mansa Mic” that Mic Taylor has yet to find his voice artistically. Even though he’s clearly got the talent to flow and a vocal tone that’s not displeasing, he goes from Pusha T wannabe on “Chi State of Mind” to a wistful dreaming for better times that echoes Common on “Fly Away” – which once again states Mic Taylor’s goal to “not do nothin else but try to stay positive.” I want to believe in that’s his mission and he can achieve it, but he needs more than just talent alone to make it. Production is average to slightly above, the flow and the spark of intelligent thoughts behind the words is easy to discern, now he just needs to put it all together in a theme that reinforces his values without descending into the cliches of hip-hop in general or Chicago emcees in particular. Mic’s got the potential to put it together.