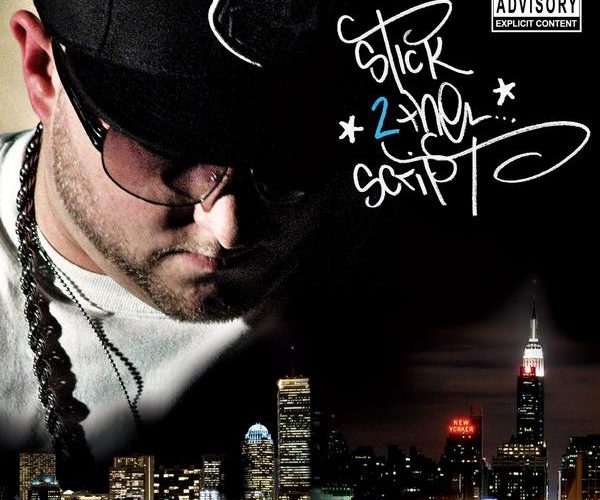 Though his name may not be the easiest to digest, Statik Selektah’s music has no trouble working its way into your system. His 2007 debut “Spell My Name Right” was a triumphant entry into the arena with its hefty tracklisting and seemingly interminable guest list. Everyone from Freeway and Cassidy to KRS-One and Large Pro turned up to show their support, with plenty of underground faves like Kweli and Royce da 5’9″ along the way. The album pulsed with the fervor of these artists rediscovering that 90s East Coast boom bap, as Statik did his best DJ Premier impression while the MCs waxed poetic on all things hip hop. But it wasn’t just a throwback; it was one of those rare works that managed to capture a revered sound while making something new of it, and it was this that made it such a compelling listen.

This time, Statik is back with a familiar cast of characters, plus a few newcomers, and similarly head-nodding results. Right off the bat, it’s clear that he’s lost none of his prowess behind the boards. His tracks still thump and rattle with the best of them, and his manipulation of samples has gotten tighter, resulting in slick minimalist numbers like the soul vocals and finger snaps of “For the City,” where M.O.P. and Jadakiss massacre a descending bassline interspersed with sung breakdowns that radically lighten the mood. Jada is particularly inspired by the beat and summons up some of the old fire that made him alternate between gruesomely captivating and slyly witty, although the former is much more evident than the latter here:

“Bullets, gun smoke, and cocaine residue
Leave me the fuck alone, that’s what you better do
The funerals stay on schedule
And I don’t even care about the charges if they ain’t federal
Get a call home, something happened
Big chrome clappin’, way before ringtone rappin’
Left holmes with half his dome in a napkin
For sayin’ ‘what’s poppin’ when he asked him ‘what’s crackin'”

The State Prop connection shows up for “All 2gether Now,” as Freeway, Peedi Crakk, and Young Chris forcefully remind you that the crew still exists and is still capable of bridging the mainstream/underground divide with unusual success. Other big name contributors include Bun B on the Cory Mo-assisted “Get Out The Way” â€“ which merges Statik’s unapologetically East Coast sensibilities with a Southern swing that suits the Underground King to a tee â€“ and Redman on the somewhat less effective “This Is It (Showoff Remix).”

The best numbers, though, are a pair of laidback shufflers featuring a collection of self-assured MCs. The first, “On The Marquee,” stars Justus League alums Little Brother, Joe Scudda, and Chaundon, who ooze a serene confidence as they ponder the meaning of fame and success amidst their many detractors. As usual, Phonte steals the spotlight with witty one-liners like, “Even when them ASCAP checks is berserk, I’m in the bank tellin’ my money be quiet like it’s talkin’ in church.” Statik Selektah’s strings saunter along, propelling the song forward at a determined pace while the pop of the snares punctuates the melody. “So Good (Live From The Bar)” is the other standout, and it is a true head-nodder in every sense. From the slow-paced funk guitar riff to the swaggering horns, every element builds on and highlights the others, resulting in the feeling that each of these sampled items was created for the sole purpose of being incorporated into Statik’s beat. And then there’s the matter of the MCs. Naledge, Reks, and CL Smooth all come with the goods in one of many spectacular collaborations to appear on this album, but Reks sounds particularly vicious even while he flows like water over the track:

“Listen home skillet, we own lyrics, we bomb with it
We the bomb diggity bomb, get it, Keyser Soze in it
Authentic, my thoughts vintage, a flame flickered, aim different
Fuck a critic, R-E-K-S gifted and it’s
Not a problem to spit it, spit it sick as sickle cell
I get Prodigy with it, follow a minute
I’m lieutenant, you cadet in it, beef deaden it
‘Fore I detonate TNT in it, better honor it
Pen a monstrous beast that slaughter shit, leave rappers anonymous
Wise as Solomon, please catch up like condiments
Smooth as CL, quicker delivery than email
Prevail on the B-L-O-C-K detail
With CDs, push digital, download for retail
Doin’ well, do the knowledge, Show-Off, we ill
We is â€“ on the escalators, sky risin’, catch ya later
Hi hater, bye hater, stomp dudes, Phi Beta”

There are a couple moments that fail to attain this same level of mastery, but even these slip-ups don’t miss by much. Consequence manages to pull off the unwieldy concept of using the word “pop” in every line for “Mr. Popularity,” but it still comes off as a bit awkward and Statik’s beat sounds a little like the soundtrack to a bad 80s show. “Streets of M.A.” is the necessary song that puts on Statik’s Beantown crew, and while it feels a bit perfunctory it still has a bangin’ beat of alternating piano chords over some thumping drums. The only song that doesn’t really fit with the rest is “Cali Nights,” where Statik forsakes the grit of his usual compositions in favor of some West Coast sheen that he can’t really pull off. This sort of thing is better left to DJ Quik, and Glasses Malone, Mistah F.A.B., and Novel do little to elevate the track.

These small hitches aside, “Stick 2 the Script” is a lovely addition to Statik Selektah’s catalogue. If anyone still needed convincing, this album should prove without a doubt that he is one of hip hop’s premiere beatsmiths (no pun intended), and he has impressive DJ skills to boot. Maybe I’m just a sucker for a scratched hook, but he sure digs up some good ones again for this collection. I can’t say the album bangs quite as hard as his first, because it seems to lack some of the fire that captivated on “Spell My Name Right.” But on its own merits or any other standard, “Stick 2 the Script” is one of 2008’s must-own releases.