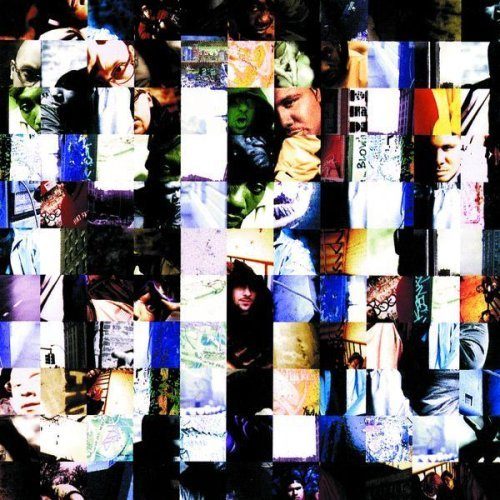 It all started in 1996. Foxy Brown dropped the “Ill Na Na” with that classic intro: “The following preview has been…” and the opening chords of “Just Another Case” by Cru strummed atmospherically. After that, Cormega’s “Dead Man Walking” with the “Stupid motherfucker shoulda shot me in the head!” line. You know the score, dear Reader. We know who Cormega is and all the shit he has been through. We sure know all about Foxy Brown. So in short, just who the hell were Cru?

Following a successful freestyle spot on DJ Skribble’s legendary “Traffic Jams 97” LP, somehow this random three-man group started, against all odds, to seep into the national consciousness of hip hop heads. Take a couple of solid MC’s, one of whom was a good producer, and if they could cook up a successful formula, anyone had a shot in 1997. Back then, The Fugees just blew up, the Wu Tang boys had already been around collectively and individually for three years and the shiny suit rappers were in full effect, with many heads already complaining the rap wasn’t “real” anymore. This provided an opening for Cru to capitalize – the market was there for a group making a balanced combination of hardcore hip hop, mixed with a sprinkle of irony.

The stars of the show include the breakthrough single, the aforementioned “Just Another Case” – what I didn’t mention before is that whilst the lyrics and chorus sample Slick Rick’s “Children’s Story,” Rick the Ruler actually turns up for a pretty dope guest spot on the album version. Buoyed by a magnificent beat, “Just Another Case” just about manages to become one of the most memorable moments circa 1997, and is a track that should stand the test of time. Yet, to isolate out individual tracks should prove tough for most…

Why? The format of “Da Dirty 30” is a strange beast – it actually has THIRTY tracks (partly as a nod to their district). We can all agree that is a helluva lot. That does include ten skits, but those barely clock in at ten minutes, so we are still looking at almost 70 minutes of songs. As a result, rather predictably, many get lost in the mix, and few highlights emerge. However, it is consistently solid throughout, resulting in – if nothing else – a great background listening experience. A slightly cheaper version of “The Score,” if you will (without the international superhits).

However, the superficial reading of this album MAY be entirely different to the more subliminal aspects. Most of what happens appears to do so for a real reason. Take, for example, the average/corny drug and murder story that Chaddeo spits on “Goines Tale” – or should that be the hip hop critique of “Going Stale,” eh? It really sounds like a clever swipe at that particular Bad Boy era. How about another predictable crime fest in “Goin’ Down” – a track that has a blowjob skit in the MIDDLE of the track? That seems to be how little Cru think of “gangsta rap” – even the skits subtly jibe ridiculous skits, like when someone TESTS out a bulletproof vest, to dire consequences, later sampled a few tracks down the line.

Either I’m reading too much into “Da Dirty 30” and it is pretty average – or it really is a clever subliminal diss and a biting critique of the whole era of music that surrounded it, keeping in mind that it was released in 1997. When Yogi spits “I wish I had a track on that Nas Illmatic…” on “The Shit” near the start of the LP, he sounds like a pissed-off hip hop fan that is about to explain over next hour precisely what had gone wrong from ’94 to ’97. And, in fairness, Cru then proceed to do so. “Just Another Case” could well be the “Children’s Story” of how hip hop took “the wrong path.” They even make a song about women – but really about weed – immediately after a skit where they say the label made them do it. Personally, I prefer the subliminal explanation – therefore this really is a lost album that, whilst nowhere near perfection, still rips deep into the shiny suit era of rap, over quite a few hot beats.