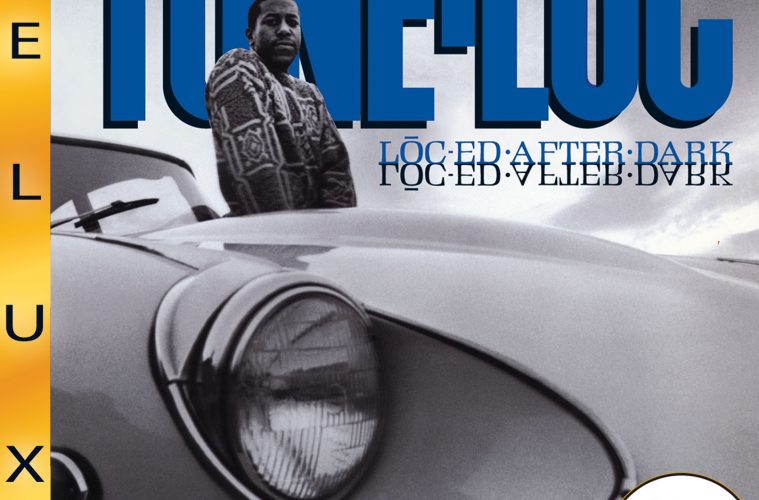 “This jam I created will leave you devastated
And when I’m finished rockin you will appreciate it
The structure of this rhyme will reign supreme
To have a cut like this is a MC’s dream
You first heard this cut, you thought it was imperceptible
Now you’re groovin to it, that makes it acceptable
Party people, listen to my word
The note on the door said ‘do not disturb’
While I create the jam to take you a little bit higher
Don’t get close, this cut is on fire”

It may seem commonplace today for new rap albums from Lil Wayne, Nelly and Ludacris to hit #1 on the Billboard Top 200 (sometimes their first week out) but when Tone-Loc released “Loc’ed After Dark” in 1989 it was far from it. Loc smashed through the barriers between pop culture and hip-hop to a far greater degree than anybody other than Run-D.M.C., Fresh Prince and the Sugarhill Gang had done. In fact let there be no doubt about it – “Loc’ed After Dark” was and IS pop music. Almost anybody in their 30’s from North America would instantly recognize the guitar rock hip-hop of “Funky Cold Medina” and “Wild Thing” whether they were ever into rap or not. Most of the rest of the world probably would too. It’s a million to one shot to create an album that instantly clicks to that degree, but Tone-Loc did what many rappers can’t do and won’t ever do – go pop and go platinum simultaneously.

Unfortunately that kind of success has caused people to downgrade Tone-Loc and his relevance to hip-hop. It’s far too easy to dismiss Loc as a one-hit wonder, a flash-in-the-pan, a pop music rapper who like Young MC faded into obscurity and became a Trivial Pursuit question to complete your color wheel. The lyrics to “On Fire” above suggest something different. Loc was a serious MC with a very unique vocal tone for his delivery – call it gravelly, husky, smoky or dusky but whatever you say it stands out even today. It certainly did amongst a crowded field of competitors back in 1989 and made “Loc’ed After Dark” an interesting album going far beyond a few hits that it spawned. Take “Cheeba Cheeba” for example:

“When I get to a party, to get it started
I grab the microphone and rock it cold hearted
Go behind the curtains while my fans just point
You know what Loc’s doin, I’m blazin the joint
Cause it seems a lot of times, I’m at my best
After some indica, or a bowl of sess
I’m creatin, multiplyin, big time supplyin
Enough bud, to keep the WHOLE party high on
I might get ill and roll an eighth in one hooter
Park my Benz or cold jet out on my scooter
Bail to the coast, take a hell of a skunk
Twist up a big baba of this serious dope
Smoke it down to the nib, use my roach clip
So much damn resin, it’s startin to drip
It ain’t harmful like heroin; it’s also cheaper
That’s why I’m glad homeboy that I
(GOT THAT CHEEBA! CHEEBA CHEEBA!)”

While it’s true that Loc doesn’t curse as much as his contemporaries then or now, which makes it easier to sell millions of copies at retailers like Wal*Mart, that doesn’t mean his topics wouldn’t be controversial to many parents. I’m sure most of them didn’t suspect that rapper with the rock music video girls on guitar was rhyming about smoking huge oversized joints in his car. NORML and various state law arguments aside, it’s still illegal under federal law to grow it or smoke it. Loc is far more interested in stirring up a good time than a controversy, busting fat raps to a fly bassline on tracks like “I Got it Goin’ On”:

“I got it, goin on, I’m here to tell ya
I know I’m makin records but I’m not here to sell ya
The proof is in the puddin when I start to quote
all the stupid dope rhymes, that I just wrote
When I wake up in the morn’, look in the mirror
See my face, sexy, brown like syrup
Go into the closet and select my gear
Silk suit and tie or maybe some Fila wear
Head to the limo always parked outside
Makin money in the back while I’m sayin this rhyme
If you thought I was weak, didn’t know I was strong
I hate to disappoint ya, I got it goin on”

Many rap albums, let alone million-selling platinum rap albums, don’t stand up to the test of time. Not only does “Loc’ed After Dark” hold up musically and lyrically, Delicious Vinyl has done us all a favor by releasing a digital “Deluxe Edition” just in time for the album’s 20th anniversary. Besides all the original songs you know and love from yesteryear the new improved album has six bonus tracks – “On Fire (OG 12″ version)”, “Cheeba Cheeba (OG 12″ version)”, “I Got It Goin’ On (Remix)”, “The Homies (On Tilt Mix)”, “Funky Beats” and “Wild Beat.” Only the “On Fire (Remix)” made the album it’s cool to hear the original, and to be honest the 12″ version of “Cheeba Cheeba” might be even more smoked out and cool than the album version. The extra echo to Loc’s voice really makes the difference. Yes the last two tracks are just instrumentals, but who doesn’t want to have the instrumentals to two of the biggest rap hits in history? The digital re-release of “Loc’ed After Dark” proves not only to be money well spent but a potent reminder of the fact that you don’t have to be weak to crossover and go pop.