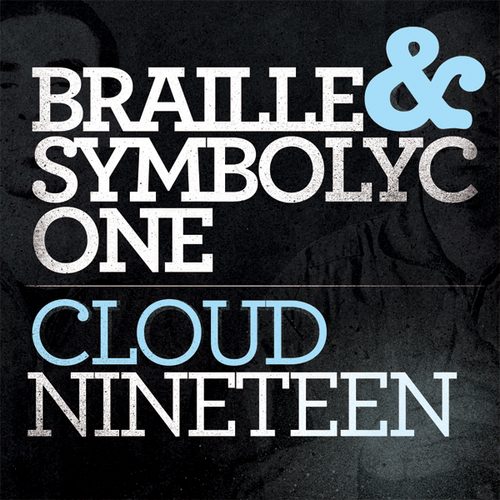 Braille should be very familiar to readers of RapReviews.com. We’ve covered four of his albums so far from “LIFEFirst” through “The IV Edition” and Braille Brizzy has improved with each one – in fact he got one of our coveted Nines on his last joint. If that weren’t enough you should know Braille’s voice from listening to podcasts like Hip-Hop Shop, where he can be heard to proclaim every week that “RapReviews is bringin’ the news, to youse and youse and youse.” Big up for the drop Braille, we greatly appreciate it.

Early in his career Braille got tagged as “a Christian rapper who doesn’t shove God down your throat” which is in many ways a backhanded compliment, and Braille has had to work hard to overcome that stereotype. Few rappers hustle as hard as Braille does though, which is how he’s not only elevated to being one of the top names in the underground but secured his music a coveted slot in the game “NBA Live 2009.” So here’s a little tip for the few non-believers still left out there – Braille can’t be pigeonholed as a Christian rapper, an underground rapper, a backpack rapper or any other “insert potential limiting prefix” rapper any more. Braille has come a long way and dared anyone out there to defy him to shine, and with new partner-in-crime Symbolyc One he’s here to do it one more time in 2009 with “Cloud Nineteen.”

“Wait a minute – hold up – I’m on this
If you never heard this get ready for pure bliss
I’m a wordsmith; I swerve in the pocket
With subtle certanties and a secret identity
Call me Peter Parker, they never guessed it, the unexpected
Change into my costume before I make the record
SUPER MC, stirrin up soup for the soul
At the free throw line when I shoot for the goal”

“For Life” illustrates the Braille approach to rhyming nicely. Braille’s fluid delivery works rhymes in naturally as opposed to forcing them in cliched ways, while he’s nice enough to put assonance and double entendre into bars without breaking up the flow. The vocal tone is calm and self-assured, occcasionally reaching up an octave for emphasis but never coming remotely close to the trademark highs of Eazy-E or DJ Quik. You might think Brizzy was a California native by the natural West coast vibe he exudes, but in truth he knows more about rain than sunshine due to his Seattle stomping grounds. Combine all of these things together and sprinkle in some fine beats from Symbolyc One (or S1 for short) and Braille runs wild up and down the court like his favorite sport. Don’t take my word for it though, take Braille’s:

“It’s the return of the prodigal son, back on his saddle
It took a while to break from the shackles
More miles to travel, still kickin up gravel
It’s still more battles to fight and more topics to tackle
Grab a pothold it’s too hot to handle
Warning signs in the sky with a roman candle
I’ve been grindin all year and I can’t stand still
Surrounded by scoundrels, downdalls and scandals
Send me an angel to protect my territory
Cause I’m terrified of what the future might hold for me
Illegal downloads, record labels goin bankrupt
And I’m still rappin – I haven’t lost my passion
Authentic, we all in it, no doubt, no doubt y’all
We turn it out, that’s my word”

“That’s My Word” combines Braille’s almost impeccable rhyme-writing and delivery with an equally superb S1 beat that sizzles like any banger from Statik Selektah or DJ Premier, and if that wasn’t enough Theory Hazit provides guest vocals and Rob Swift scratches the hook. We’ve been telling y’all Braille ain’t no joke for a while now, and the rest of the hip-hop world finally seems to be getting up on it. In fact in many ways “Cloud Nineteen” is an all-star tribute to just how far Braille has come in rap. You don’t have to feel the bumps to read between the lines when you seeStrange Fruit Project on “Broken Hearted,” Vursatyl from the Lifesavas on “Megaphone Phonics” or Ohmega Watts and Othello on “HardRock.” Picking individual songs from “Cloud Nineteen” though is both a joy and an exercise in futility, since Braille doesn’t really kick weak shit. Almost any song on “Cloud Nineteen” is banger so picking one song to say “this represents exactly what Braille is” will never be definitive as a result. One thing has never changed though from all the way back to 1999 – Braille has the “Heart of God” in his raps but just doesn’t fall into that cornball Christian stereotype no matter how hard people want it to fit. Braille is the truth y’all.