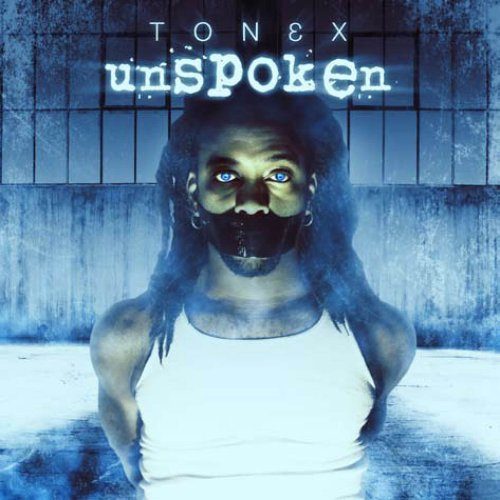 With much gospel music flying way off my radar, I had never heard of the artist known as Tonex (pronounced “Toe-Nay”). Nonetheless, the featured artist has garnered great success upon releasing his independently released debut “Pronounced Toe-Nay” and a double CD entitled “Out of the Box.” The latter even received a Grammy nomination for the Best Soul Gospel Album–an impressive feat. After a five year hiatus, Tonex is back with “Unspoken” which should appease those that have been anticipating his return.

First, to all you RapReviews reading faithful, it must be noted that Tonex fits more squarely in the category of R&B, though he does borrow from several genres of music from jazz to dance, and even rock. The eclectic mixture of styles can certainly hinder an album by making it seem unbalanced.

“Fiyah” is not what most will expect as the opener of a “gospel album,” but that’s what is refreshing about Tonex. It is an adrenaline-pumping up-tempo track, that is driven by everything from a high-pitched whistle to a sped up trumpet that would fit perfectly on a Tribe Called Quest cut. One of the lines describes the music perfectly when the featured rapper Vango states, “Hip-hop meets God’s pop and it works man!” This piece is truly a rare commodity because, despite its erratic nature, the mish-mash of influences somehow work.

“Bring It” is just as an energetic of an endeavor. A funky track that sheds any doubt of Tonex’s confidence on the mic–as he emphatically and confidently lays down his vocals in unwavering fashion.

The song that truly showcases Tonex’s range is “Joy” as it goes high into the soprano notes. It’s fair to compare this particular joint to later Michael Jackson pop numbers, particularly when it goes into the sing-along chorus:

The song is aptly-titled as, it too, should bring a smile to your face and a sense of unadulterated joy. Only a few tracks in, most Gospel albums would have grown tiresome in all of the God-talk, or just too plain cheesy to get through–but “Unspoken” invites the listener to continue the audio journey.

The cleverly titled “Glorex,” which is pronounced like Tonex’s name, is more like a Robin Thicke track. It is certainly worthwhile, yet, it gets a bit too repetitive with its simplistic hook.

Tonex has wisely picked “Blend” to be his lead single, even though it’s not very indicative of the rest of the album. “Blend” is a stripped down ballad that features a crisp drum snare and really focuses on the lyrics. The featured artist sounds better here than on most tracks that have a more amplified musical landscape. The message slyly questions the dangers of conformity:

“Blend” is truly an inspiring track that belongs in the soundtrack of a major motion picture. The middle of the album falls into the trap of being a little clichÃ©d with a few joints in a row (“Cool With You”; “Unspoken”; “Again”). The slowed down pace of these three really slows the album down and a re-arranged track listing could have saved this from feeling too bogged down.

Tonex definitely reaffirms himself to be unpredictable with the wild dance-electronic tracks “When I Call,” “Sneeze,” and “Wired.” The former has a really bizarre vocal sample. This sounds like something that would have made its way onto Britney Spear’s most recent release. Therefore, some of the music that rounds off “Unspoken” will appeal to those that like modern pop music and some others will think it’s just purely obnoxious.

Tonex definitely stretches boundaries with “Unspoken.” For that reason alone, it is recommended that you give it a try, whether it be snippets or downloading a few. Surely, it will be a mixture of several elements of pop music and gospel unlike you have ever heard before, albeit a bit unbalanced at times. With much relief, the LP avoids being too preachy. Even sensitive tracks like “Blend” might have so-called thugs listening to Tonex in their whip, offering a few shimmering moments of brilliance.