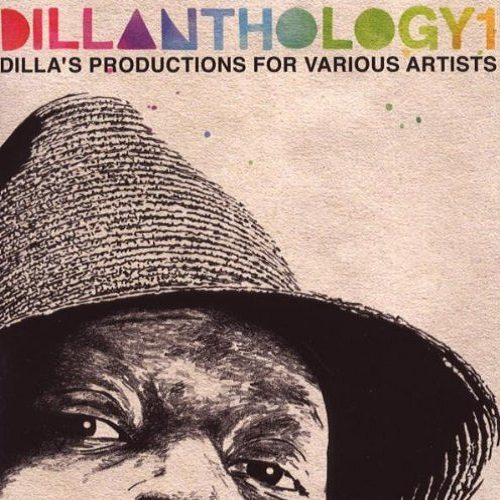 J Dilla was one of the better producers in rap. ‘Better’? – yes, for judging quality is a tangible thing, not an exercise in mysticism or logorrhea. But in light of his death, people have tried to categorize, ‘make sense of’ (?), or weave myths around his music, as if weird, ethereal language gets you any closer to appreciating sound. It doesn’t, for what makes hip-hop production good is roughly quantifiable: innovation, composition (that is, sounds, instruments, etc., how they’re positioned, and the end result: stifled, harmonious, monotonous, or whatever, and the formal function of each), depth, variety, and, in the case of production made for rappers, the room it leaves for their own contribution. Of course, this list isn’t stable, and great artists may tweak these points, but these values don’t really change. As you’ll see, J Dilla had all of the above, and was successful because of it.

“Dillanthology” is the first album-length overview of JD’s music in a series by Rapster Records. As a ‘series,’ there should have been more than 11 songs on the first release, an obvious shortcoming considering his output. Some, expecting an instrumental album, might also take issue with the inclusion of the rappers’ vocals. A legitimate objection, but despite some benefits of pure instrumental music for judging production, JD did, for the most part, create music for rappers, one of the criteria for judgment noted above. In this way, listeners can judge the interplay of sound, ideas, and vocals, and see the formation of a complex whole, rather than an incomplete instrumental, not really intended to be stripped of its other half.

The first track, The Pharcyde’s “Runnin,'” makes this clear. JD’s airy piano punctuates Pharcyde’s fading “run,” as scratches inaugurate the first rapid verse. By itself, the instrumental wouldn’t carry much weight – it’s too sparse, which, by itself, isn’t a bad thing, but there’s not enough variety and complexity to give it depth. But, as a song, it does everything from giving the rappers room for vocal flexibility to establishing a subtle mood for the lyrical content. In brief, it works. Slum Village’s “Fall In Love” has intense verses, while JD contrasts it with a small organ, muffled during each verse, a nice touch. Again, ‘whole songs’ are about interplay, or the sum of its parts, even if the parts themselves are individually brilliant, too.

Common’s “The Light” has the familiar ‘watery’ feel, the omnipresent ringing neither oppressive, nor too subtle for appreciation. A great, high-pitched chorus sample plays against a barely audible piano, brought in for the first time, and some scratching. JD’s best work, I think, straddles this line between traditional hip-hop and progressive material, offering something unfamiliar, especially, in this case, at the time of composition. Again, returning to the addition of rap, the instrumental would not have worked at 1:23 onwards, where there is a memorable gap, designed to get Common’s voice in. Often, ‘negative space’ in music is useful by itself, but not here; it’s essential to have a vocal, or get rid of the break something JD was conscious of while constructing the song.

Erykah Badu’s “Didn’t Cha Know” is probably the first track that works adequately as a stand-alone instrumental, a complex piece with multiple layers, unconventional instrumentation (including organic drum-beats that last for seconds at a time, a good choice since it’s one way to offer variety, without the fear of a certain sound dominating an entire track) and great overlap. Of course, nothing is ‘drowned,’ a more apt description for much of self-proclaimed musical complexity. “Stakes Is High” by De La Soul, another classic, is thrown in, a dark, noisy, sample-driven affair that has the mid-90s’ characteristic sparseness during verses, and heavy composition thrown in at the chorus. Fortunately, JD does not position in the instrumentation at predictable times, occasionally shifting its position as the track progresses, playing with the listener’s expectations. Again, innovation…

The Roots’ “Dynamite” is one of JD’s weaker tracks (and one of my least favorite Roots songs on “Things Fall Apart,” back when I used to listen to the album quite often), the problem being the dullness of the arrangement: a jazzy piano, virtually on repeat, and unimaginative drums. It’s still a good song, however, given The Roots’ vocal contributions, which made solid work from the production’s lack of variety, positioning themselves somewhere in the cracks. Its sound is also slightly unexpected coming from Dilla, who is typically not a ‘jazzy,’ or ‘organic’ producer. And thus, another ‘requirement’ is fulfilled â€“ variety, as JD has quite a bit of breadth from his early to later compositions.

Amp Fiddler’s “I Believe in You” is more complex, driven by electronic, ‘watery’ bass-warps, and Spacek ends the compilation with a similarly progressive piece, this time driven by a split-second vocal sample, enlarged on ‘repeat’ throughout the entire track – somewhat ‘unpleasant,’ which is an irrelevant, artistically neutral observation, but also complex and innovative, which is artistry, and thus a legitimate comment. Considering how utterly banal lyrically, musically, and conceptually most soul music is, Dilla’s contribution (as well as Spacek’s unconventional vocal arrangement) is quite welcoming.

And there it is. No ‘ether,’ no ‘divine inspiration,’ no mythology – just technically excellent, oft-profound material, much of it quite good as instrumental pieces, and the rest fine-tuned for rappers’ own needs. The high score is expected, since a ‘best of’ compilation – especially in Dilla’s case – necessarily includes at least a few classics not only of his own doing, but also other artists’ great performances.