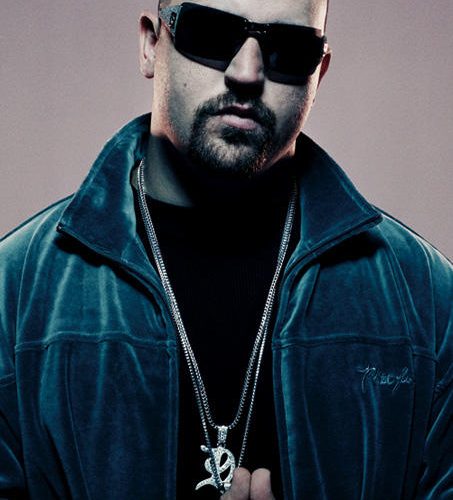 Southern Hip-Hop fans rejoice! Bubba Sparxxx is back with two new projects; Bubba Sparxxx and Greg Street present The New South Vol. 1, which hits stores today, and The Impolite Gentleman, which is slated to be released later this year. RapReviews caught up with Bubba this week to find out more about the albums, why we didn’t hear more singles off of The Charm, and why he feels artists like Soulja Boy exemplify the evolution of Hip-Hop.

Adam Bernard: Talk to me about your latest project, Bubba Sparxxx and Greg Street present The New South Vol. 1. What’s it all about and how’d it come to be?
Bubba Sparxxx: Well, basically it was part of a deal with Koch that I do some type of mixtape, like a real organized mixtape that we actually put in stores, and I’ve had a relationship with Greg Street out of Atlanta for a long time. He and I have wanted to do a project and we just thought it was a good opportunity for me and him to do something together and also to set up the album and showcase some people that we may be involved with that haven’t gotten full exposure yet.

AB: How did you meet these artists?
BS: There are a lot of people on there that I haven’t met, honestly, because when you’re working with someone like Greg Street there’s no shortage of songs that are submitted. Really, that was what unique about this. To me, so many other compilations are so biased… “aw this is my dog, he’s gotta have a song on there just because,” but with this it was really like “who’s got some jamming music?” I don’t really care if we’re all buddy-buddy, if I’ve known you for ten years or not, if you got some jamming music and you’re doing your thing in your city I want to let people know about it.

AB: So you two were basically A&Rs. How much time did you spend sorting through demos and CDs?
BS: A few months.

AB: In a perfect world what results will this project bring about for you and everyone involved?
BS: Hopefully if there is anybody on the brink in a given market, like my dude Kenny Knox in St. Louis, maybe that extra push could give them the energy to go the final lap, if you will. At the bear minimum it’s going to showcase six or seven of my new songs and it’s gonna showcase some real talented artists that are signed directly to me, and it’s gonna warm people up for The Impolite Gentleman this summer.

AB: What can people expect from that?
BS: I’m pulling out all the stops on that one. Timbaland production, Polow Da Don, Mr. ColliPark, Super Dave, Basement Beats out of St. Louis. I’m just working with a lot of different people, I’m trying a lot of different things right now to figure out what the definitive sound for the project’s gonna be.

AB: Why didn’t we didn’t get a few more singles off of The Charm? It seemed like there were at least six or seven songs on there that could have been singles. Why weren’t they?
BS: Virgin Records kind of fell apart. We put out “Heat It Up.” After coming off the success of “Ms. New Booty,” and without them having to really spend a dime on radio, we were at like 3,500 – 4,000 spins for it. Word got around that Jermaine Dupri was leaving and the company just kind of fell apart and they still haven’t recovered. They don’t even exist anymore, not in an urban capacity.

AB: Did you get your outright release from there, or did you have to fight?
BS: It took us a little while, but we got it done.

AB: Not to totally switch gears, but from the 80’s to the 90’s there were great changes in Hip-Hop, and from the 90’s to the 2000’s there was also tremendous growth in the art of the music. That being said, we seem to have hit a wall artistically. Where’d the evolution in Hip-Hop go?
BS: It hasn’t been in terms of musical creativity, that hasn’t been the evolution, the evolution has been the evolution of dance and exciting new forms of marketing. I’m pretty proud of Hip-Hop, to be honest with you. We’re looking at what, realistically, like for one genre, for one subgenre, you have to say unquestionably since the late 90’s total domination of the music scene, but really like since the late 80’s, since NWA, you’re looking at like over 20 years and that’s a long time to be the predominant driving force of pop culture. Hard rock, Motley Crue and all that shit can’t say that. Most of those little deals last five years and then they’re over.

AB: With that being said, and with the exception of the things you just noted, what’s exciting you about Hip-Hop today? When was the last time you heard something that wasn’t from your own camp and said “WOW?”
BS: Lil’ Wayne’s album, T.I.’s album. See, I’m a Hip-Hop fan. I look for reasons to like, not to dislike. It’s just art to me, so I don’t really get all competitive about it, I can appreciate the Ying Yang Twins just like I can appreciate Nas. I can appreciate so many different types of things.

AB: You said something interesting there, that you listen to artists looking for reasons to like them. Have things switched to where that is no longer the predominant mindset when people listen to music?
BS: I don’t really know if that’s what other people are doing or not, I just know I’ve never stopped. (Admittedly) some of the layers of fantasy have been stripped away for me, so I’m not gonna look at music with the excitement that I looked at is as a high school kid because I know a lot of these people now, I know it’s all bullshit, or whatever, so sometimes I wonder am I just a part of that or has the music actually changed?

AB: I know when I go to shows I see a lot of people standing with their arms crossed wanting to be impressed and you’re almost dooming yourself at that point to not enjoy what’s going on.
BS: You’re right, man. You are so right. I’ve never understood that. I’ve never understood why people would pay twenty bucks to come see me and then just stand there and try to win the I’m the Coolest Kid at the Show award. That’s not how I used to go to Outkast. I used to love to see Outkast and Goodie Mob, that was my deal, and you didn’t have to worry about me trying to be too cool at those shows.

AB: What need to be done in Hip-Hop so that we can have more “WOW” moments?
BS: To an extent I think there’s gotta be more WOW moments, but also it’s like… that’s the reason I hate computers, man, they made the world so small. That’s why it’s so hard to amaze kids, because there’s fuckin everything that they could possibly want at their fingertips and it’s definitely gonna change. It has nothing to do with the music or the culture or anything, it’s just that there’s so much available so easily, so much shit is so accessible at the push of a button; it’s hard.

AB: So have we gotten to a point where artists just have to come from a completely different angle to wow people?
BS: Yeah, 100%. That’s why Soulja Boy wowed the world last year. That IS Hip-Hop evolving.

AB: Hip-Hop has always been a youth culture.
BS: Yeah. That’s it. Period.

AB: You never want to put an age limit on something, because there isn’t an age limit on enjoyment, but when you see, and I guess I have to lump myself in the older folks category now since I’m 30, but the previous generations suddenly saying “that’s not Hip-Hop,” is that the official sign that actually you shouldn’t be there anymore?
BS: Either that or I just think that Hip-Hop’s growing up, like really really seriously growing up. It’s just rock n roll now. Hip-Hop is just rock n roll, even though people in 50’s were listening to whatever, that’s what I think about, when I think of that I think about Back II The Future and the 50’s and the kind of rock n roll they were listening to and then the 80’s, that kind of rock n roll, it was still rock n roll, but it had changed so much that it didn’t share some of the same characteristics and that’s kind of where Hip-Hop’s at right now.

AB: How different do you think everyone’s views would be if instead of complaining they’d just shut up and let the kids enjoy it?
BS: That’s pretty good. I like that.

AB: Finally, who are you listening to right now?
BS: I got a mixtape that somebody made for me the other day and I’ve been listening to the whole 50 and Rick Ross thing. I’m pretty entertained by some of that. I think Rick Ross is making some incredible music right now, though. Aside from anything he’s making some really really dope music right now, he’s a real dope artist to me.

AB: Do you think eventually people will be able to overlook everything else and just appreciate his music?
BS: I think they’re already doing it. The women don’t give a fuck about that shit.