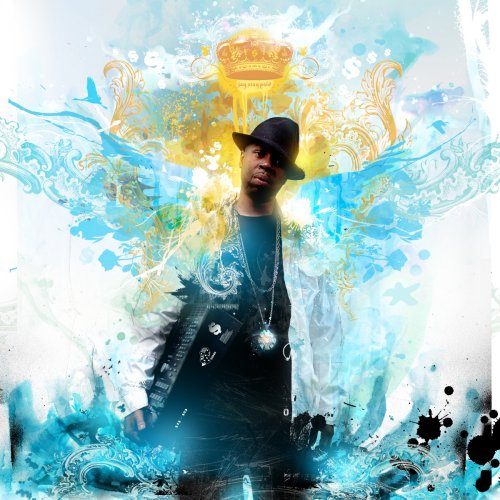 Broadcasting with a billion watts of hip-hop love, radiating from Detroit throughout the known universe, the only station you won’t find on your FM dial is owned by James Yancey. The sounds you hear, no matter how devastating they are to your ear, have a funky sound that just can’t be transmitted by traditional towers. The engrams left like a stain on your brain by a J Dilla beat can only be properly appreciated when presented in a context he would have appreciated – a conceptual mixtape. KJAY is broadcasting to you live, over three years after he died, thanks to the high voltage applied by Pete Rock and the Nature Sounds label. Appropriately the album is titled “Jay Stay Paid,” because if Tupac Shakur taught us anything, it’s that death is no longer an impediment to artistic success or collecting large checks.

Wary consumers may feel that Yancey’s legacy is being exploited, possibly even tarnished, by the continual onslaught of posthumous releases using his beats. Pete Rock is advertised on the shrinkwrap as “supervising” every broadcast on the airwaves of KJAY though and that comes through clearly when listening to the CD. The choices of instrumentals, the artists who flow to them, and the way the songs are blended together all feel respectful – but more importantly they feel FRESH. One doesn’t get the impression that Dilla’s library is simply being trotted out to recycle again ad nauseam. The beats carry the presentation on lovely, giving one the feeling this is an enhanced version of the very “beat tapes” which Dilla was so known for, tapes that were heavily bootlegged and traded long before his demise.

In that very tradition, many of the tracks on “Jay Stay Paid” are under two minutes in length, but anyone familiar with Yancey’s work is well aware he didn’t even need 30 seconds to demonstrate a beat that would make your jaw drop. “King” bops along for three times that long with such a light and refreshing sound it could easily have been extended much further. It starts with a simple staccato refrain that repeats, ba-ba-BA-ba, ba-ba-BA-ba, ba-ba-ba, but as the instrumental plays out the pitch and rhythm are varied as multiple layers of melodies are weaved in and out of the backdrop. It’s a very organic, oceanic approach to music – tidal waves that push and pull you in and out of the groove until you crash on the shore wanting to go back in for more. “I Told Y’all” is a much more aggressive Dilla track, featuring that trademark dirty Detroit funk Yancey was known for, with warning sirens and Xzibit samples “dedicated to the enemies and friends that held me down.” Despite being known for his gentle nature, some of hip-hop’s most angry rappers enjoyed flowing to his raps. Lil’ Fame is no exception on “Blood Sport,” one of the album’s longer songs at 2:58.

“From the moment I walked in, OFF TOP, my presence is felt
I’m light years ahead of myself
See that ground that you stand on, Duke I put you under that
Calm the fuck down homeboy, you ain’t a Thundercat
Think you the illest nigga, I’ma tell you Fame realer
Fame iller, now +Ante Up+ bitch and pay Dilla”

Guest appearances are spread throughout “Jay Stay Paid” but do not dominate the album or detract from Jay Dee’s style and sound being the focus. The cameos are highly appreciated though for mixing local Detroit talents Dilla was putting on with the level of well established artists Dilla would have made tracks for in his prime. In other words, you can hear Black Thought from The Roots flow over a bopping soulful throwback on “Reality TV” while simultaneously hearing Frank Nitti on “Pay Day” and Phat Kat on “Digi Dirt.” The latter describes his short performance as “Detroit hip-hop for James and his mom and them” and I couldn’t have put it better myself – you can even hear Ma Dukes herself introducing the next song “Dilla Bot vs. The Hybrid” featuring Danny Brown.

Time flows by quickly on “Jay Stay Paid” – by the time you reach the finale “KJAY & We Out” you’ll be wondering where the hell it all went. Undoubtedly you’ll take a moment to reflect on what hip-hop would be like if Dilla was still around today, before making the somber and yet reassuring realization that he never really left at all. While the physical shell of James Yancey no longer resides on this plane of existence, the musical sound which he is so well known for will continue to broadcast as long as the hip-hop arts are loved and performed worldwide. Every artist has a little bit of J Dilla in them – that need to express oneself to others through creation, while simultaneously giving them enjoyment and inspiration. Years of being disregarded, underrated and criticized may have hurt Dilla’s feelings but those who would regret that will feel no shame now knowing every barb thrown his way only made Dilla that much doper as a producer – to the point his posthumous albums are now better than what most living cats make today. That’s why Jay stays paid and his family and friends stay paid too.