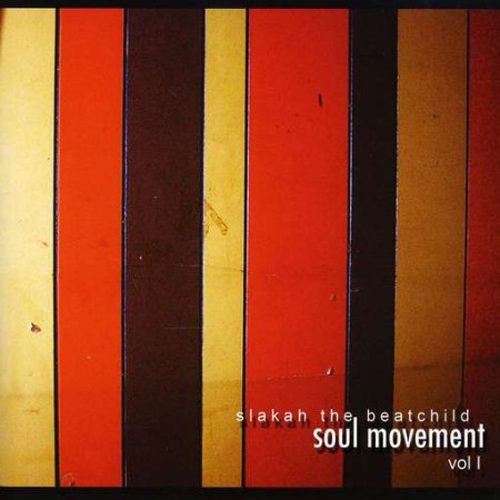 What is neo-soul in 2009? While household names Raphael Saadiq and Erykah Badu managed to keep the genre alive last year with equally acclaimed releases, there seems to be no room left for artists who weren’t already established figures in the ’90s (before R&B/soul died, or at least devolved into the “Birthday Sex” era). Sure, Dwele and Bilal are still finding work, contributing hooks to major hip hop albums, but neither have really built strong solo careers outside of the former’s recent McDonalds commercial, a feat shared with the Chicago MC and failed bank robber Bump J. And where the fuck is D’Angelo?

Canadian producer-cum-vocalist Slakah the Beatchild isn’t quite going to fill those sized shoes, but his debut compilation, “Soul Movement vol. 1” is at least an enjoyable diversion. It boasts features from the two finest Canadian rappersâ€”Drake and Shadâ€”and is surprisingly cohesive despite it being a collection of solo cuts and songs produced for other artists (notably a pair of tracks from Drake’s first two mixtapes and Shad’s superb “The Old Prince”). With Drake blowing up like he is, you’d think BBE might try to cash in on the multiple features here, but they’re such tranquil cuts that it’s unlikely the teenage audience that loves “Best I Ever Had” would embrace Slakah’s laid-back production.

“Soul Movement” runs twenty tracks deep, and because of a slow middle it’s perhaps more successful as background music than it is an album per se. Lead single “Enjoy Ya Self,” a smooth tribute to Slakah’s influences (De La Soul, SWV among others), is the type of track that begs to be played in cafes, as are the upbeat “Get Down Right” and the breakup cut “It’s Alright.” Unlike Musiq Soulchild or D’Angelo, “Soul Movement vol. 1” is less a baby-making soundtrack than it is optimistic, relaxing music for fans of both soul and hip hop.

This is RapReviews.com, and readers who’ve yet to be put on to Shad should take heed of “Now a Daze,” boasting the rapper’s deft flow and erudite lyricism over Slakah’s kick drums and wailing vocal sample:

“Those who know Shad know that he’s on his own path
Like a nomad rollin’ without a road map
Just four lads in a topaz with no gas
I call my car Roc-a-fella ’cause it’s got a broke Dash
My generation’s movin’ so fast, running like old taps
From fear and stress and tears choked back
Boys hold gats while the girls got no strap
On their dresses and won’t eat unless it’s no fat
…
And you need more than beats for a dope track
Even with more hooks than a coat rack
And more hot lines than 1-800 phones that’s
Why most cats in this rap game just don’t last
It’s not vocab they need to grow it’s gonads
And backbones so they can speak and not hold back”

Say word. The album finishes strongly with a couple Drake-assisted cuts, including the ghetto-influenced “Bad Meaning Good,” one of the standout tracks on Drizzy’s freshman mixtape. Likewise, “Soul Movement vol. 1” is a pretty bad collection of music in a time when bad otherwise just means bad.