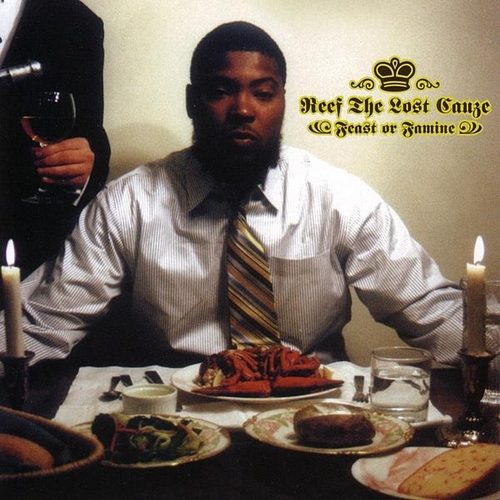 Let’s say we’d have to come to an agreement over what separates the truly great MC’s from the rest. Surely many suggestions would be thrown around, but I’m willing to bet that eventually we could narrow down the marks of MC greatness down to just a handful of factors. If I had to pick just one, it would be authority. Rappers that are revered for how they master their craft, that are respected even outside their immediate fanbase, are usually known to speak on a subject with authority. They may be the main subject of their own rhymes, they may purposely go for self-aggrandizement or self-depreciation, as long as we can see that they know what they are talking about, we, the listeners, are inclined to yield to their authority, consciously or subconsciously. It is relatively easy for a rapper to fake such authority, to fool us into thinking that not only does he talk the talk, he also walks (or has walked) the walk. In which case I will accept that he may not know what he’s talking about in the sense that he’s been there and done that, but that at least he knows what he’s doing. In fact, rappers who talk a good game are absolutely essential to this artform, and only true fools would accept everything a rapper says as the naked truth.

Although not just yet an MC great, Philadelphia’s Reef The Lost Cauze manages to create a fairly stable aura of authority on his third album, “Feast Or Famine.” He’s losing me early on when he claims, “They say I’m a young Nasir, minus nine years” (you do the math), but soon lets his experience show. His press bios usually refer to him as a battle rapper, and indeed does he deliver his share of battle raps. The single “Commander in Chief” cautions, “I belong in a rap zoo / with a sign that reads: Please Don’t Feed The Angry Black Dude!” He’s the “Main Event” and as “Live As it Gets,” while others “only get respect overseas, like David Hasselhoff.” He’s “the next BIG without the nigga Puff,” adding, “I probably shouldn’t say shit like that but I don’t give a fuck.” All this is expected from a Blaze Battle and End of the Weak Challenge veteran. But Shareef’s got more tricks up his sleeve. Emynd laces him with a beautiful track straight out of Arabian Nights for “Look at the Sun,” while Reef makes sure nobody mistakes dancing for anything else than foreplay, but still managing to give the song a romantic touch by way of the mystic “Look at the sun” hook. If ever an East Coast indie rapper could turn in a club banger these days, this would be a strong contender. Shoot a video for this sucker, put some belly dancers in it and we’ll have a belated summer hit.

Straying further away from any image the industry might want to attach to him, Reef The Lost Cauze expands his catalogue with several other noteworthy songwriting efforts. On “Coltrane,” him and fellow JuJu Mob member State Sore pay tribute to black music, very much in the spirit of what Brand Nubian’s Lord Jamar once said: “Cause that’s where the soul’s at of this whole rap universe.” While State gets his soul brother on, expertedly crooning the hook, Reef reminisces on “records with black faces and no names,” and wonders “if there’d be hip-hop if not for old James.” He goes on to mention other legends of times past, concluding:

“These are the artists that live inside me
that help define me, when I’m lost they help me find me
I got to carry it on and they remind me
why I chose this art form
You can’t move ahead unless you know where to start from”

Evading expectations, “Sound of Philadelphia” doesn’t refer to the city’s rich musical past, dealing with the less glorious present instead. Over an earthy beat by King Magnetic, Reef paints a gloomy picture of a place “where you can go from bein’ a star to a scumbag overnight / […] / cops don’t ask if you know your rights / […] / Short sentence describe your whole life / low expectancy at a low price for a lowlife.” “I’m Rich” is part parody (with mimicked commercial flows), part nod to OutKast’s “So Fresh, So Clean.” Assisted by Charon Don, Reef carefully balances the pros and cons of ballin’ on a budget. Adding a twist to what he himself refers to as “them clichÃ© ‘Daddy I miss you’ songs” is “Eyes of My Father,” denying his deadbeat dad the chance to resurrect their relationship in the first verse, then switching perspective at half-time to argue from the father’s side. If one effort on “Feast Or Famine” deserves to be labelled brilliant, however, it’s the instructional “How You Lose Your Mind.” As rare as it is for any rap song to incorporate different emotions, this one succeeds superbly, expressing both the shame and the sarcasm that overwhelm Reef when he has to move back in with his mother. “How You Lose Your Mind,” equipped by producer Eyego Direct with a sense of inevitability and claustrophobia, is both funny and tragic in chronicling “the life of a college dropout way before some Kanye West,” detailing the temptations of this deadly trap:

“Job to job, check to check
crib to crib, livin’ neck to neck
with roommates never payin’ rent by the due date
In my mouth no food taste, just tooth paste
It was one or the other
I was a step away from bein’ a bum in the gutter
but I’m the son of my mother, she sees me tryin’
ribs startin’ to show, she sees me dyin’
Makes me a offer I can’t refuse
In her home I can move till I’m back on my shoes
or my feet, rather
Full circle in my life without a complete chapter
It’s kinda hard when everybody in the streets laughin’
cause Reef back in the womb from the tomb
[…]
You see, at first I was hesitant about my new residence
I thought I’d regret it, but it turned out a blessing in
disguise; but I still need a sedative
to deal with the wrecklessness of livin’ with my relatives
[…]
I live in my little sister’s old bedroom
bang my head on the ceiling every time my head move
What’s the best move? No girl’s gonna respect you
when you rest in the nest, dude, I suggest move
But I’m not stable enough, I’m not able
And there’s food on the table and free cable and stuff
I’m not payin’ for stuff”

Maybe “How You Lose Your Mind” works so well because Reef’s performance perfectly matches the situation, his voice expressing despondency and desperation. He’s not always as convincing when facing competition. He sports a relaxed yet still on-point and aggressive flow on the E. Dan- and DJ Huggy-produced “Crown of Thorns,” but doesn’t reach the necessary degree of menace on “Two Guns Up” and “Crumbs.” And the final call “Give it Up” isn’t as stinging as the skit that precedes it, where two rap stereotypes find themselves at the receiving end of a dead-on parody. Still The Lost Cauze exhibits some of that essential authority mentioned earlier:

“Here’s the simple truth: you and your little dudes
be gone before the world get a chance to forget your tunes
It’s pitiful, just cause crack is dead
all y’all decided to invest your little dough in rap instead
Don’t get me started ’bout those rich little assholes
puttin’ out bullshit with your dad’s dough
You’ll never pass go, bottomline – your shit sucks
Yo, listen up when I tell you to (give it up)”

With his latest effort, Reef The Lost Cauze establishes himself as a force to be reckoned with even outside of the battle circuit. A few more modifications, and he’s a nearly complete artist. He can hang with Sean Price (on the Mighty Mi-prodduced “Fair One”), he can take it back to the JuJu Mob universe (“Already Dead”), he can drop the cautionary tale of the year (“How You Lose Your Mind”), he can make you dance (“Look at the Sun”), and never seem like an entirely different character. “Feast Or Famine” is not an album that will be bought for the beats, who are more or less functional. So there’s a little bit room for improvement in all departments, but whether he’ll ever score a homerun or not, Reef knows how to play the game:

“It’s all about timin’, you gotta wait for pitch
You just swingin’ blindly, tryin’ to make a hit
I’m steppin’ to the plate, about to scrape my kicks
I’m on a indie label, but I’m throwin’ major fits”