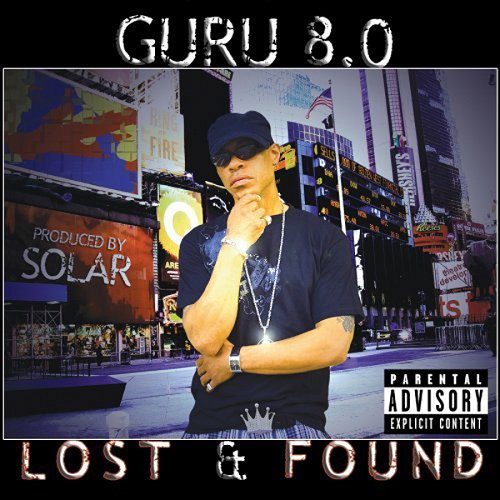 It is perhaps unfortunate that even now in 2009 one can’t start a Guru review without first having to mention that he and DJ Premier no longer work together. It’s not unfortunate for Primo, still regarded as one of the best producers in music today, highly sought after to craft hits for both mainstream acts and underground phenoms. It’s not unfortunate for Guru, who shared a very successful partner ship with Premier as GangStarr, still one of the most beloved hip-hop groups of the last 20 years. It’s unfortunate simply because when any new Guru project is released, one instantly compares it to the many years of classics Guru and Preem’ made together – his distinctive (and some have said monotone) vocal stylings with those ridiculously fat boom bap beats. Those who were born in the 1990’s may fare better at disassociating the two, but those of us who grew up with GangStarr’s fresh since “Words I Manifest” just can’t help but to compare the Primo era with the post-Preem sound. When you hear Guru rapping “Lost & Found” over “House of the Rising Sun” that comparison becomes even more manifest:

“I’m like Jet Li, wielding the wushu sword
Decapitation, is not somethin you could afford
And due to the wars, I got permanent scars
The newcomers and novices are just learning to spar
Let’s mix it up, +Let’s Get it On+ like Marvin
I get busy like I got no dough, and I’m starvin
See hip-hop’s been tossed into the lost and found
I got the claim ticket, so it ain’t lost now”

Comparisons to Eric Burdon are also inevitable, but thankfully Guru is not trying to sing again. While I don’t have production or liner notes for the digital promo of “8.0” I was sent for review, Solar has been Guru’s producer of choice since he released “Version 7.0 The Street Scriptures” four years ago. In fact the two have been almost inseparable since interviewed together when RapReviews.com finally caught up with Guru in 2008.

I’ve previously expressed some admiration for Solar as an able producer who has not allowed the long shadow Primo casts over Guru’s career to stunt him creatively. I don’t find much creative in the title track for “Lost & Found” though. Don’t get me wrong, it’s very cool that he chose to sample from one of the definitive folk rock songs of the 1960’s, but there’s no production value here other than making sure the vocals don’t overpower the beat or vice versa. A DJ Premier track is always notable for the intricate construction, with layer after layer of beats, rhymes and life stacked together into a stunningly beautiful whole. Solar’s track has no depth. The best comparison I can make is the “found art” movement, where any piece of pop culture flotsam can be turned into art just by being picked up and either put on display or photographed and exhibited that way. Solar did not create anything here – he simply found a loop that he liked (and it’s a good one) and matched it to Guru’s rhymes.

This is symptomatic of “8.0 Lost and Found” as a whole – meaning either the album’s title was intentionally ironic or I’ve FOUND something listening to this release neither artist involved intended. “After Time” recycles Queen’s “We Are the Champions” with very little thought or effort. “Best of My Yearz” samples Foreigner’s “I Want to Know What Love Is.” The most bizarre jack of all may be the late 1970’s disco track “Supernature” by Cerrone, looped for Guru to flow over on “Divine Rule.” Solar isn’t even trying to disguise it in any way – you can hear the title of the original song during the chorus. There’s a very disturbing irony here in that Cerrone was himself as much producer as artist, often giving other people the spotlight to write lyrics or sing over his beats – and as a drummer himself Cerrone was all about the beat. While the original singer on “Supernature” wailed about a sci-fi war between man and nature, the singing was done OVER the beat as opposed to MATCHING it. Unfortunately Guru tries to speed up his flow, and he’s no Twista.

“No digital scales, fishscales and metal beams
Shell toed Adidas, rope chains and Lee jeans
Champagne wishes and caviar dreams
Nissan Maximas with the gangster learn
My nigga had to have the whip with a kit
360 waves and a rep legit
Divine Rule, was the order of the day
Original hustlers, no games to play”

It’s probably not a good sign that Guru’s rap makes me pine for FRENCH DISCO POP but seriously kids, putting new vocals on this old song was a bad idea. The rhymes themselves aren’t horrid – they’re just some throwback nostalgia ish – but one can only imagine how many takes they had to record for Guru to keep up with the beat. One thing people always miss when they critique Guru’s vocal tone is how deliberate and precise his delivery is, putting emphasis on all the right words at exactly the right time, always showing impeccable breath control when delivering intelligently crafted rhymes. Make him rap four times faster than usual and you’re just throwing everything good about Guru’s style out the fucking window. I’m shocked and dismayed to find “8.0: Lost & Found” to be so disappointing, and for all the praise I’ve offered Solar in the past, I have to heap just as much of the blame here on his shoulders. Great producers should compliment the rappers they work with, but all Solar did here was buy a crate full of records at a church rummage sale and make Guru rap over them. God bless Keith, he tries, but like a friend of mine always says it’s still a turd no matter how much sugar you pour on it.