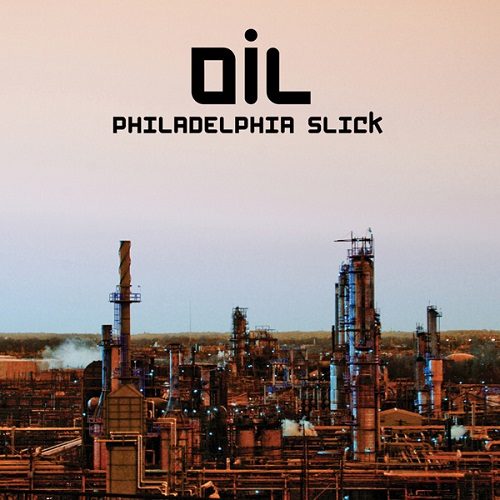 An artistically neutral observation, “Coffee Cold 2009” is driven by an understated bass, piano, and â€˜organic’ sax. Neutral? – yes, for these 3 elements, by themselves, say little about quality. It’s the arrangement and synergy that counts. Here, it’s problematic. The bass starts things off, but is neither distinctive, nor contributes much after the other elements come into play; it’s simply drowned, and thus superfluous. The piano is slight, goes nowhere, simply alternating with the sax. Both pretty much hit the same notes over and over again. â€˜Dull’ is the word here. It’s mellow and polished enough to serve, in a limited way, as an introduction to the album, but given that no individual part is memorable, building towards nothing in particular, the track is technically competent, but little else. Again, there is no synergy, simply a mass.

In terms of rap, the flow is confident and clear, but not versatile. It’s sort of quick, packs in the syllables, but gets monotonous – not memorable in lyrics nor performance. The strong contrast with the track’s mellowness can, depending on the context, highlight both the rap’s and production strength, if both are done well, and with enough variety to keep things unorthodox, but that’s not the case here. Instead, both compete for my attention, but are too weak to sustain it. An example of the converse – say, Madvillain’s “Meat Grinder” – knows the strength of each part, and exploits it via an appropriate flow, content, etc., for maximal effect. Here, things are simply combined, and not as organic wholes.

I spent a lot of space on this track because it offers a glimpse of the basic issue in “Oil” – it lacks purpose, or anything distinctive. I can’t, for example, describe Philadelphia Slick’s style in any special terms, and would have to make a string of comparisons, including to The Roots, at least when they’re stagnant. It doesn’t â€˜build.’ It doesn’t innovate, or take many risks. As noted, it’s technically competent, but I have no reason to listen to this, over any other given record. It’s not true of every song, but that’s the tendency, which means PS doesn’t have much control over the range of quality on this album.

“Turn it Up” is significantly better, a short, 2-minute burst of flow and varied, unorthodox production. It’s not lyrically deep, but one must demand â€˜substance’ (at least, in its intellectual, not musical, manifestation – the best of Aesop Rock, Ras Kass, and so on) at appropriate times, and not when a song works on other, more visceral levels, and has other pretenses. “The Menu” has the same problems as “Coffee Cold” – skip – while “Hunt V. Kill” has understated, even dull, production, but in good, well-made contrast with the barrage-like flow. Despite this, it’s carried by a Pink Floyd-esque vocal, along the lines of “Great Gig In The Sky” – a nice touch.

“#44” opens promisingly, with a looped vocal. A good start, since it’s neutral, although slightly dark, in tone, and thus can take the track anywhere. Instead of using this as a starting point for something unconventional, however, Philadelphia Slick decides on the most obvious route – a â€˜gothic’ feel, which is mostly a bass and piano loop, with some changes in the vocals. The chorus – a strong, â€˜muddy’ sample – is a good twist, however. “The Opera,” too, has a vocal seemingly unwarranted by the music, but works.

And thus, here’s the mix. The lyrics are competent, but bland, while the performances serve the music, but nothing more. No element really transcends what’s expected, which means the whole is dull. Some ideas work, and work well, such as “Turn It Up,” and “I Do Love,” whose heavy internal rhymes are at an interesting odds with the production, but they are few, although the occasionally unorthodox approach implies Philadelphia Slick can do more than this album shows.