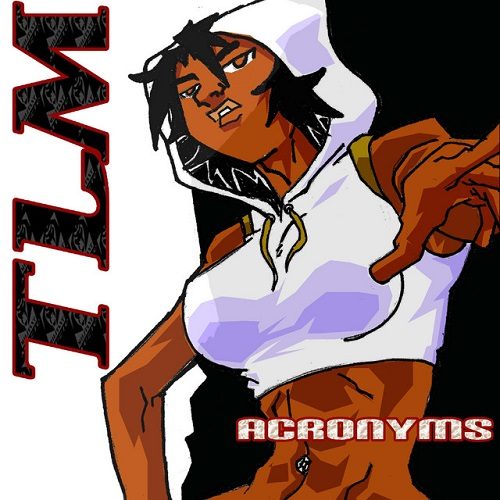 In the latest issue of XXL, there are exactly two women featured (three if you count editor-in-chief Vanessa Satten). One is Eye Candy/Kim Kardashian look-alike Shakur, photographed with her voluptuous figure covered in Hershey’s syrup, and quoted as saying “It’s the 21st century, and I’m all for women’s rights, but I personally believe that it’s a man’s world and women are created to keep men company.” The other is rapper Trina, who explains how her image as an oversexed badass is more part of her brand rather than her actual personality. “I’m happy people look at me as sexy, but sometimes, it is a lot,” she says. “My life is so not like most of the stuff you hear on record.” Unfortunately, those two women sum up the limited choices for females in the industry; you can either be a hypersexual bad girl, or a hypersexual and submissive piece of eye candy whom people will recognize more for your measurements than your name.

South Carolina MC TLM (The Lyrical Maze) steers clear of both paths, and instead follows in the heels of feminine but tough female MCs like Queen Latifah, Missy Elliot, and Lauren Hill. Sure, she has some glamor shots on her Myspace page, and her album cover is an anime image of her with oversized breasts and overhard abs, but the focus of “Acronyms” is on TLM’s musical ability, not her figure or sexual proclivities. TLM is one of those few but fortunate MCs who also has a nice singing voice. The result is that she can switch between singing and rapping, and her flow has a warm, melodic quality. She comes across as confident, self-assured, strong but decidedly female. She starts off with an intro letting us know what the initials in her name stand for:

“(T)
The beginning, The never ending, The revolution
(L)
Lyrically I’m living humble so I’m never Losing
(M)
Walk my Maze, My gift, reaching for a nation
Always waiting and always praying so I’m saying
(T)
I am the best, lyrically no contest
(L)
Loving life so I’m giving you me through
(M)
the Music it will set you free”

Then she explains the name of the album:

“Acronym, the first symbols and letters withing phrases and names, pronounced as words, but considered as abbreviations.”

“Salt & Peppa” has an organ stab and a subdued drum beat, interspersed with some cutting and scratching. It gives her space to spit her rhymes, and it is an example of the unique production on the album. All of the beats are handled by B 4 Reel and Jelani, and their work has a distinct sound. They mix in unusual instruments like thumb pianos, African drums, and acoustic instruments to create a warm, organic sound that perfectly compliments TLM’s voice. They also work within different genres, going from straight up hip hop to soulful, R&B-informed beats to jazz to dance.

TLM proves herself to be a diverse artist. She nails the hardcore hip hop of “Swag”, which has a sinister bass line and drums. Songs like “Cruzin’ Interlude” and “Mr. Funkadelic” have the jazzy sound of Digable Planets, with TLM not so much rapping as doing spoken word. She’s at her best on bangers like “Dreamin'” that allow her to spit fire, and more soulful songs like “Someday” that highlight her sense of melody. The album ends with “Me and My Guitar,” in which TLM sings and raps over nothing but a muted guitar riff. TLM is convincing through it all, proving herself to be a solid rhymer and talented singer. She only stumbles when she tackles dance-pop, liked the Auto-Tuned “Get Away.” The robot voice and dumbed-down rapping stick out like a sore thumb on an album filled with much better, more complex music. If she wants to experiment with the genre, that’s her business, but it would be a terrible waste of her talent if she decided to cater exclusively to the club crowd.

19 million people bought copies of “The Miseducation of Lauren Hill,” and they have been waiting a long time for the follow up. They would do well to pick up TLM’s “Acronyms,” a continuation of the hip hop soul perfected by Ms. Hill. The Lyrical Maze is a multi-faceted artist whose impressive debut offers a three-dimensional portrait of a female hip hop artist.