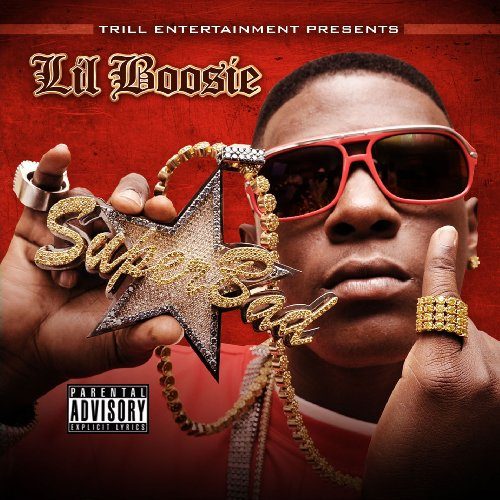 Despite what previous reviews may have indicated, I don’t hate Lil Boosie – I’m just totally underwhelmed by his releases. The Baton Rouge native does have a few things going for him including a very distinctive high pitched flow and Louisiana drawl that stands out in the commercial rap scene. He’s also proven an ability to coin catchphrases, create chart-topping singles, and generally speaking when he makes a guest appearance on a track his 16 bars make it more interesting. Given all of those factors it’s quite perplexing that Boosie’s albums have been so boring. He offers nothing but tired platitudes to being the “Bad Azz” that he is nicknamed, proclaiming how hard and how real he is to the point I’d happily accept it at face value if he’d shut up about it.

It’s 2009 though, so it’s time to give Lil Boosie another chance, but when “Lawd Have Mercy” comes up at random while scanning this album I’m immediately questioning that decision. Some drunk wino in the opener is immediately declaring South Baton Rouge “the baddest place in the whole world” and feels the need to repeat himself several times as if I didn’t already get the point. There’s no perspective to these statements whatsoever. East St. Louis is just as bad as North Omaha is as bad as North Memphis is as bad as South Central is as bad as South Baton Rouge is as… do you see where I’m coming from? Whatever city, county, project or neighborhood a rapper comes from is automatically the worst one there’s ever been, because that’s all they know, but NEWSFLASH it’s bad everywhere in 2009. Hard times make every hood hard everywhere you go. I’m sure South Baton Rouge is as bad as they come, but it’s no badder than every other area of America with high unemployment, soaring crime rates and no opportunities to achieve and succeed. Let’s see what Boosie himself has to say about it though:

“Walkin to school with a tool and a bag of weed
Never knew that the feds’d be after me
Casualty after casualty, it’s real
I hustle on the hill, where Walter got killed
Seen a lot of shit, mayne I did a lot
That’s probably why it took so long for me to hit the top”

Throughout the track Boosie wants to know “why a pussy nigga hate on me” especially from the same hood as him. Didn’t you just tell us that South Baton Rouge was the hardest hood ever though? Of COURSE they’re going to hate – you made it and they’re still struggling. Go around flashing your jewelry and showing off your Coogi and they’re going to hate even more. Their stomachs are rumbling, and you’re looking fat, happy and wealthy. I’d hate too. I’ve got better reason to not be enamored though – it’s 2009 and you’re still rapping that we “can’t stop your hustle” and “can’t stop your shine.” That’s obvious, and it’s been obvious for a while. Don’t you have something else to say? Nope. “I’m a Dog” features the contradictory statement “I’m too real for TV, but now I live on TV” and the annoying rhyme “ain’t dropped an album in two years and I’m still on TV.” Boosie, you just rhymed TV with TV not once but TWICE. That’s lazy, but no lazier than bragging you’re a pitbull of rap when DMX made barking fashionable over a decade ago. The sentiments are as predictable as they are vicious. Boosie has “No Mercy” for hoes or foes, rolls with nothing but “Clips and Choppers” and carries a big “Bank Roll” at all times.

Production turns out to be this album’s saving grace, making mediocre Boosie raps more interesting just by giving his distinctive voice something to flow over. Trill Productions own B Real makes bells ring on “LEVI’s” featuring Lil’ Phat and Webbie, and the guests help to keep things interesting too. The same can be said for the Mouse produced “Better Believe It” featuring Webbie and Young Jeezy, but even the songs with no guest stars have sharp beats. “Pain” may be the closest Boosie gets on the album to shedding his tough guy Bad Azz persona, and BJ’s mellow backdrop makes it possible. He sounds thoughtful, reflective and even surprisingly aware of the hurt in the world. It’s too bad it doesn’t dawn on him that being the baddest and most violent dude on the block makes everyone else sing a song of “Pain” too. BJ also wins on “Crayola” with a song that sounds tailor made for Juvenile to flow on it. Unfortunately all the great production and great guests in the world, such as B Real’s track and Trina’s rap on “Miss Kissin’ On You,” can’t cover up the fact Lil Boosie is still a hardhead who doesn’t have much lyrical depth beyond “I’m young, I’m fly, I’m rich, I’m bad, and no hood is harder than mine.” It’s not enough to sustain a whole album whether you’re from Baton Rouge, Compton or Queens. Boosie’s still a great cameo, but a whole album of his raps quickly grows tiresome and moves out of regular rotation even quicker.