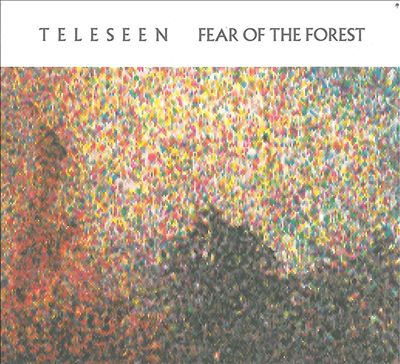 Teleseen :: Fear of the Forest

When a critic is given material outside his/her comfort zone to review, they have four options: pretend like they know what they are talking about; trash the album for not sounding like what they’re used to; write a cop-out “if you like this kind of music, you’ll like this” review; or own up to their complete and total ignorance. I’m gonna go with option #4. This is RapReviews.com not ExperimentalElectronicReviews.com, so readers will have to forgive the fact that I know little about the genre that Teleseen is working in. Not that I’m totally clueless about electronic music; I’ve listened to my share of it. Still, it’s hard for me to know where to start with an album like Teleseen’s sophomore effort, “Fear of the Forest,” which combines electronic music and dub.

So let’s start at the beginning. The album starts off quietly, with the slow-building “Prophecy is Fulfillment in the Mouth of the Land.” The first few seconds are silent, and then gradually the clicking beat starts in, creating a sound not unlike rain falling on wind chimes. Finally, about two minutes in the melody appears, and continues in much the same way for the remaining five minutes.  “All the Ash That Allowed” is glitchy, with a beat that sounds like the electronic clicks of a computer working too hard. An auto-tuned voice is spliced into the mix, and hints of melody pop in and out of the song.

The press sheet for the album makes it clear that Teleseen’s man behind the curtain Gabriel Cyr is inspired by reggae and dub. You can hear those influences, but they aren’t always explicit. A track like “Black Monday” has the bouncing riddim of reggae (and reggae vocalist Jah Sight), but on most of the songs the reggae elements are more subtle. There is a skanking offbeat, and reggae the drum patterns and riddims are predominant, but it is done in a very subdued way. It’s almost like the ghost of reggae lurking in the tracks. In fact, as a whole the music is ghost-like, offering up impressions of songs similar to the impressions left on a pad of paper. The idea is there, but it is willowy and hard to grab on to.

Reggae isn’t the only influence; there are elements of African music throughout the disc, “East Wind Unification” incorporates Middle Eastern melodies, and there are two tracks that feature rapper Billy Woods. His raps on “Chikurubi” and “White Worst” are highlights, as his voice adds some needed heft to the ethereal music. Singer Abena Koomson’s two tracks aren’t quite as successful because her beautiful voice is washed out with Auto-Tune, a device that is far past its shelf-life. Jah Sight’s Auto-Tuned voice on “Black Monday” is more effective, since it essentially just loops him singing the title like a Rastafarian robot. With all the tracks, Cyr throws in futuristic bloops, clicks, and whirrs, so the end result is like reggae composed by a computer.

The songs on “Fear of the Forest” present interesting textures, and there is a lot of different sounds and ideas going on. Cyr uses the cold, technical instruments to channel reggae, the most organic of genres, and the result is complex and interesting. My one complaint with “Fear of the Forest” is that it lacks bottom. Whereas dub will often strip out all of the instruments until it is just bass and drums, there is a noticeable lack of bass and drums here. The bass is generally electronic bloops, and the drums little more than clicking and ticking. There isn’t much here that you can really feel in your guts, and so ultimately the album is a little unsatisfying, all foreplay and no payoff. It offers impressions and ghosts, with little to bite your teeth into. Even with those criticisms, I still found myself coming back to this album, and exploring other music by Teleseen and in the genre. “Fear of the Forest” may be a little hard to get a grasp of, but it is worth the effort.