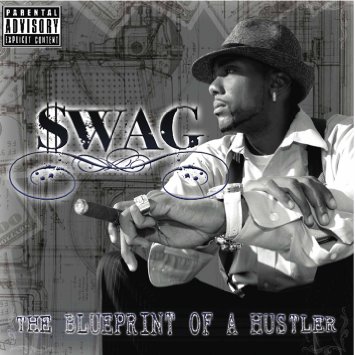 Swag :: The Blueprint of a Hustler

Southern California native, Swag, began his art at the age of 13 and managed to release an album by the age of 19 through Sony Records titled “The Afterparty” in 1999. Unfortunately, the time leading up to his triumphs were not as simple for Swag as he lived a difficult life enveloped by violence, drugs, and the death of his mother.

Initially living in South Central and later moving to West Covina, Swag became engulfed in the glorified gang life in the late 80s and by the early 90s, he was absorbed in a violent life unable to turn back. Without his mother, Swag was solely on his own, fending for himself amidst a life of turmoil. Faced with the realities of jail time, he embraced his love for hip hop and mastered the art of rhyming while locked up as it was the one thing that kept him sane. Deserting his previous life for a newfound image, Swag made moves to the Pacific Northwest, where his relatives resided, in search of a new persona.

As the passion for his artistry grew, Swag managed to land performances in Seattle and Portland, but felt as though his exposure was minimal in comparison to back in California. With the help of friend and producer Khrys Hollywood, Swag was able to land a deal with Warner Music Group thus releasing his album “The Blueprint of a Hustler.”

It’s quite apparent that Swag attempts to win over females in many of his tracks. Swag even manages to get help from Jon B, the soulful vocalist popularized by his 90s R&B tracks, with both his production skills and singing skills on “Do You Mind.” Most of us haven’t heard Jon B in quite awhile, but it’s apparent that he still retains his skills as a singer and adds the needed flavor to Swag’s rather frank lyrics. The relaxed beat maintains a classic sound as the task at hand of staring at a certain female is revisited.

“Tonight” features vocalist Tiffany Wilson who adds her suggestive lyrics of “tease me tonight” to Swag’s rather clear-cut sexual lyrics. “All to You” featuring Hollywood is yet another track that does not shy away from the sexual antics of Swag as he clearly expresses his desire for his lady while explicitly describing the act in progress. “Chone, Chone” completes the whole picture, if you can imagine, as Swag shows that “yeah ma, you can shake your chone, chone.” Not one of my favorites as the lyricism is somewhat amateur and typical, but this one’s pretty self-explanatory if you know what I mean.

A sampled Musiq’s “Halfcrazy” is featured in “La, La, La, La” as it plays on its well recognized hook. Hollywood adds his own production and rap elements to this favorite as he includes his own approach with an Asian influence and more twang. However, it’s not love for a woman that Swag raps about, but instead, he speaks of his love for more recreational things such as drugs and drinking as he boasts that “we off that la, la, la, la.”

Throughout “The Blueprint of a Hustler,” Swag reaffirms his success as he chimes into his struggle to get to this point regardless of the obstacles in his way. Trumpet-like sounds commence “From Nothin’ to Somethin'” as Swag shows how he has made a name for himself despite the death of his mother and constant hustling as he says:

“I come from Top Ramen, Kool-Aid, and jail spreads
Public housing, and hood rats that give head
Puffing on some stress weed ’til my throat hurt
And then I’m back on the block because I gotta work
Oh yeah I did the dirt and I done did some time
But check my street cred
Homie, you can’t blemish mine
My mom died so I’m her only son that can shine
So if you see me in the streets out there getting mine”

“I Don’t Care” shows how Swag disregards criticism from others while “You Ain’t Met Real” packs an appealing, echoing beat that once again shows how few things affect him as he tries to come up in the rap game as he shows that “everything that I earned came from the streets.”

“The Blueprint of a Hustler” provides a story of exactly that-the life and times of a legitimate hustler. Swag provides a glimpse into his difficult life and translates them into his tracks, many of which were written while locked up. He attempts to show the real deal as a hustler while having to face many struggles in order to reach this stage in his career. Although the album at times lacks in originality and is focused too much on certain subject matter, Swag is the real deal and lives to tell about his life while exposing his true self.

Swag :: The Blueprint of a Hustler
6Overall Score
Music6.5
Lyrics5.5