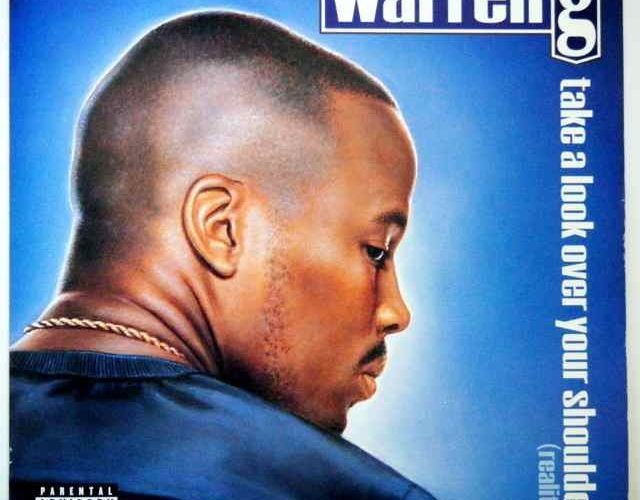 “Regulators! Mount up!” It’s a phrase that people go just as wild for in 2009 as when it was first uttered in 1994. “Regulators” was the beginning of the G-Funk era and Warren G has no plans on letting that sun set on that era anytime soon. In fact, he just dropped his latest addition to his G-Funk legacy, The G-Files, the other week and today he took a few minutes out of his busy schedule to sit down with us here at RapReviews to discuss the album, as well as which current rising star reminds him of himself, why if you ever hear him say “I’m on a boat” it’s probably a fishing boat, and how Nate Dogg is doing health-wise.

Adam Bernard: Before we get to what you’re working on now, can we talk about Nate Dogg for a second? Every time I hear a story about him it involves him being sick or injured in some way. Is he alright? What’s going on?
Warren G: He had two strokes and a second stroke is (potentially) deadly. He’s got good doctors working with him just trying to help him recover and get himself back to normal. We’re praying for a fast recovery. He’s a solider, though, that’s my dog.

AB: And when he gets back on his feet you two will be able to perform together again?
WG: Of course, that ain’t gonn never stop. We’re dogs for life. He’s straight. He’s recovering and getting himself back right.

AB: Talk to me about what you’ve been working on recently. Tell me about your latest project.
WG: The G-Files

is in stores right now. It’s a great record. I have a lot of great people on there; Snoop, Nate, RBX, Raekwon, Ray-J, a bunch of guys that I’ve always wanted to work with. It’s one of them records you can dance to, smoke to, sing to. You can put it on and not be stressed out, just enjoy it. That’s the whole vibe of it.

AB: Maybe most people can dance to it, but I’m guessing I can’t dance to it because if I could it would be the first thing I could dance to successfully.
WG: Nah, you can dance to mine. I done broke that mold for ya, man! You’ll see. I got somethin for you.

AB: And this an extension of the G-Funk era, correct?
WG: Boy is it. It’s definitely an extension. It don’t stop. I continue to do my thing and do what I do, G-Funk style.

AB: What influences of G-Funk do you see in hip-hop today?
WG: T.I., the producers that do music for him, that’s something that I would do. Everybody that’s got an R&B feel to their hip-hop right now, that’s sort of like what I did. I had an R&B feel, but it was gangsta shit being done instead of just some R&B, it was basically like gangster R&B{*laughs*}.

“I like T-Pain, T-Pain’s doin his thing. Soulja Boy is actually doing his thing, too.”

AB: There have been a lot of styles of hip-hop born since G-Funk. Do you have any personal favorites?
WG: I haven’t really heard nothin that’s been too different, really. I like T-Pain, T-Pain’s doin his thing. Soulja Boy is actually doing his thing, too.

AB: You don’t hear a lot of veterans giving Soulja Boy credit, most kill him.
WG: I mean, you gotta give him credit because he’s a great businessman. He ain’t no artist that’s just out there and runnin his mouth and talking about how much money he’s got, he’s doing business at the same time. He’s business minded, so that’s not bad.

AB: You also have a national tour coming up. Touring can be really rough. Even the youngsters leave tours needing a three week hibernation. What have you been doing to prep for this tour?
WG: I’ve just been getting my show together and spending time with my kids, that’s it.

AB: So there’s no crazy cardio workout routine you’re going through?
WG: Nah, you get the workout when you’re performing.

“It really hasn’t changed, it’s always been everybody. The oldest people are probably 30-35, but it’s mainly a young crowd.”

AB: When you’re performing and look out into the crowd, how have you seen your audience change over the years?
WG: It really hasn’t changed, it’s always been everybody. The oldest people are probably 30-35, but it’s mainly a young crowd.

AB: Does that surprise you being that your biggest hits aren’t from last year?
WG: It don’t surprise me, it just lets me know that I’ve done a great job in this business in making good records. That’s what I try to do, I try to make a great record, I try to make every song I do a single and I think that’s what got me here. Also, I don’t burn bridges, I keep good relationships. I’m a cool person, period.

AB: Your work also has a smoothness to it, so I can see an older brother giving it to a younger brother. You’re not shouting at people, or attempting to kill anybody.
WG: That’s not my style. I’m on a cool vibe, I ain’t tryin to kill nobody. I ain’t no busta, but I ain’t tryin to go out and just act the fool and be rowdy. That ain’t me. I got kids. Life is too short for some bullshit, you gotta enjoy it and have a great time.

AB: As one of the purveyors of cool, tell me, what do you consider cool, either in music or in life?
WG: I consider cool being able to relax, hang out with your kids and enjoy them and being able to fish and barbecue, play X-Box, ski…

AB: But you’re good at fishing?
WG: Nah, I ain’t good, but I like to do it. I try. I catch em every now and then, but it ain’t like I’m out there catchin them big muthfuckas that’s like yaaah.

AB: Have you caught dinner before?
WG: That I have.

AB: Changing the subject a bit, because if we kept talking about fishing this would be a really weird interview; you’re a mature artist, you’ve been around for a while, you know what it takes to make it. Where do you feel a more mature artist like yourself fits in in today’s extremely youthful hip-hop scene?
WG: I’ma always fit in cuz I make good music and you can’t deny a hit record. A hit record is gonna play no matter what era it is. “Regulators” is still in heavy rotation.

AB: When it comes to the younger artists, do you feel like you’re a mentor, an example, a peer, or everything wrapped up in one?
WG: I’m an example of a person being told that you can’t do this, or do that, who then did it and became successful.

AB: Finally, when was the last time you were really wowed by a song? I mean, REALLY wowed, like almost need to pull your car over when you heard it for the first time.
WG: It’s actually two by the same person. “I want the money, money and the cars, cars and the clothes, the hoes, I suppose, I just want to be, I just want to be successful” by Drake. That was one, and “Best I Ever Had.” He put it down. That record made me say, OK, this dude is doing his thing. It wasn’t no bullshit. It reminded me of myself.