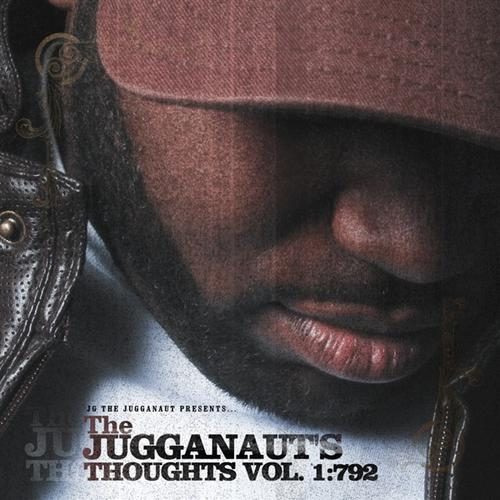 In 1989, The D.O.C. dropped an album called “No One Can Do It Better”. Over the course of time, many people, including this reviewer, regard the album as one of the best albums of all time. On the album’s eleventh song, “The Formula”, D.O.C. breaks down rap into an acronym standing for “Rhythmic American Poetry”. A more formal definition that I came across stated “A form of popular music developed especially in African-American urban communities and characterized by spoken or chanted rhyming lyrics with a strong rhythmic accompaniment.” Interesting.

Meet John Gibson. The former football player-turned-poet has lived everywhere from Akron, Ohio to Atlanta, Georgia, but he is currently based in Columbus. Grinding for many years on the spoken word circuit, he will be the first to say that he is not a rapper, but in that same breath he will proclaim that he will devour many of the cookie-cutter, assembly-line rappers of today. After being in development for over three years and repeatedly delayed, JG is finally releasing his debut album, “The Jugganaut’s Thoughts Vol. 1 : 792”. With production from the likes of Bryant “The Chemist” Stills, Alexander “Al KO” Missun and David “Esco” Escobedo, The Jugganaut is out to prove just how big and powerful his rhymes are.

The album’s first thoughts are “The Jugganaut” and “I Believe”. The former features production made up of deep synths and bells, as JG explains just why he gives himself such a lofty name. Creating a larger than life persona and backed by a deeper voice that syncs with his normal voice, Gibson claims that he is “more than a man” and an “unstoppable force that tears through the solaces with no remorse”. The latter, “I Believe” contains a sample from The Isley Brothers’ “Make Me Say It Again Girl”. During the course of the song, JG touches on trying to keep a woman from leaving him, likening their would-be future to that of Cliff and Clair Huxtable. He also manages to speak on several issues like low test scores and the presidency of Barack Obama. JG even finds the space to slip in a reference to BDP’s “My Philosophy” and can’t help but chuckle as he says “I’m not a philosopher, but I think very deeply.”

Gil Scott-Heron’s “Did You Hear What They Said” is sampled for The Jugganaut’s song of the same name, and just as Gil would often take on matters that were prominent in lower-economic communities, JG focuses on police brutality and voices his belief that Internal Affairs has to be “the easiest job from west to east”. A soft piano loop, deep bass and a slow drum kickoff “Babygirl”, which JG describes as a piece for anyone who has ever chased a dream. In the song, we find Jugga pursuing a girl over the course of a few years. He changes his clothes, gets a car, goes to college and briefly attains his goal each time only to watch it slip away. In the end, he realizes that he may not have secured his “Babygirl”, but recognizes the fact that in the pursuit, he became a better person.

“Superhero Complex” and “Mind Of A Martyr” follow as the album reaches it’s middle point. The former references several DC, Marvel and other characters while metaphorically comparing the lack of communication between men and women to superheroes keeping their feelings and emotions to themselves, as he flows:

“I know it pisses you off, but holding it in is not a crime; besides
How long do you think it would take to deconstruct Optimus Prime
You think the Man Of Steel ever breaks down and tells Lois Lane of all his pain?
Asking me to bare my soul about every minute detail
It’s kinda like asking The Flash to run slow
It’s like asking Wolverine to suppress his anger
Or asking The Punisher to talk out his problem before he pulls out his banger”

“Mind Of A Martyr” is a look inside the mind of an individual who just knows that they will eventually be killed. More soft piano loops accentuate the understanding that the C.I.A. and F.B.I. will always be close enough to kill not only them but also their message. It is dedicated to Martin Luther King, Malcolm X, Fred Hampton and others that “weren’t afraid to be great”. The shortest track (and the only one without a backing instrumental) is “My Gift Is My Curse”, and essentially touches on how sharing his talent of crafting poems often gives a bit much to strangers and leaves JG drained and empty in the end.

“Jugganautical” comes the closest to something you’d hear on a traditional rap album. Full of braggadocios boasts, it comes off as an extension of the opening track. Bryant “The Chemist” Stills crafts a beat that has a “West coast in the summertime” sound to it for the love story, “Her Lips”. Many people hold the belief that every love movie needs to star Nia Long or Sanaa Lathan, but JG is quick to point out that “sometimes you gotta have somebody down for you, like Jada Pinkett in ‘Jason’s Lyric'”.

“NightTime Maneuvers” and “Good Morning” are both pieces about sex, with the former being much more forward and direct, while the latter tends to be more metaphoric. “Morning” compares the act to having breakfast, at one point Gibson promises to “rise with the speed of Pop Tarts”. Many will immediately recognize The Commodores’ “Easy” sample. The album starts to wind down with “Ghost In The Machine” and the Joe Sample-sampling “Mama Called Me”. It contains a portion of “In My Wildest Dreams”, which most people will recognize from 2Pac’s “Dear Mama”. JG saves his best for last with “792 ( I Wanna Go Back)” as he reflects on his childhood in the hopes that the children of today can have one remotely similar. The track, produced by David Escobedo, has an old-time New Orleans jazz feel to it, with some hard hitting bass behind it. JG vividly recalls the days of playing with his friends, and driving their imaginary cars to the world’s only Saks Fifth Avenue candy store with the ten dollars given to him by his uncle. He declares his desire to go back into time:

Besides The Jugganaut, John Gibson also calls himself “your favorite rapper’s favorite poet”, and he firmly stands behind that statement. Honestly, I think that JG would do well as an emcee, but that’s not my decision to make. Gibson has a style that can appeal to both sides of the “rapper or poet” coin. People that usually dig spoken word don’t usually get down with traditional rap, and vice versa. This first collection of “Thoughts” made for a great listen and I hope that it doesn’t take another three years before Gibson and his brand of expression make another appearance…poetry, rap or otherwise.