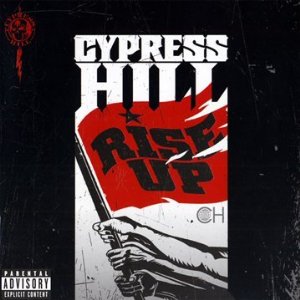 In “Half Baked,” Bob Saget famously pointed out that weed is not much of a drug because, as he put it, “You ever suck dick for some marijuana?” You haven’t. Similarly, political thrillers are seldom about the weed trade (I can see it now: “Traffic II: Cruise Control” starring Method Man and Redman). I just finished watching the first season of “The Wire.” It would have been pretty pointless if it centered around Baltimore’s finest trying to bust up an inner city grass racket. The point is, unless you’re a stoner, weed just isn’t that interesting.

Though unlike me, I guess, Cypress Hill thinks marijuana is fucking fascinating. They’ve made a career through expressing this sentiment. To their credit, on their latest LP, “Rise Up,” Cypress Hill MCs B-Real and Sen Dog, don’t only rap about weed – they throw some political shit and some emo shit in there now and again â€“ but, rest assured, they get high at least once per track.

If you get off on people talking about kush, then you should’ve started listening to Cypress Hill a long time ago. You probably did. But the strange thing about this record is that it doesn’t sound like stoner music. The beats are hard hitting. Former Rage Against the Machine guitarist, Tom Morello, supplies the riff over hard rock drums on “Shut ’em Down.” “Pass the Dutch” employs an effectively jarring sitar that is just about as non-stoner as experimental sitar can get. The flow is aggressive and emotive, not apathetic and goofy as grass-rap tends to be. Indeed, B and Sen view weed as a symbol of iconoclasm â€“ a far cry from MF Doom dedicating an album to the munchies and Cool Calm Pete dedicating to apathy.

The good thing about this atypical take on stoner-hop is that it bucks conformity. The bad thing is that the symbolism doesn’t really play. I’m sure when B-Real gets baked, he likes ramen more than usual or thinks his posters are funny. But when, on “Bang Bang,” Real threatens that “when you talk too loud, get laid with the heat,” his shit must have been laced with something. Weed rap is fine, but if Hill is looking to subvert the dominant paradigm, they should probably find a harder drug.