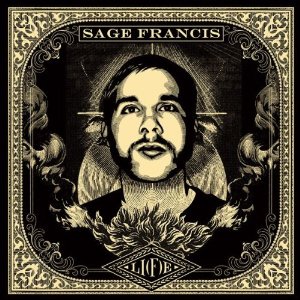 If it costs next to nothing and it’s touted to improve your health and well being, people will believe in damn near anything. Urinotherapy is a perfect example of this phenomenon. No medical or scientific evidence exists to prove that ingesting the byproduct of your own body is good for you. There’s no study in the New England Journal of Medicine documenting the prolonged benefits. In fact a common sense look at the idea ought to suggest it’s just plain wrong – after all your body sheds this liquid because it’s NOT useful to your system any more. It’s waste – it’s what is left behind after all the value has been wrung out. Perhaps that should serve as a warning when you have to pee constantly while getting drunk on beer – your body extracts the alcohol and some very minimally nutritional value from the fermented grains, while the majority of the liquid quickly fills your bladder because it’s of no use to you. Now would you really want to drink that a second time? Not me. I don’t buy beer, I rent.

While Paul ‘Sage’ Francis’ views on this questionable practice were undoubtedly just a throwaway punchline in the not-so-coincidentally titled “Three Sheets to the Wind” on his new “Li(f)e” album, there’s actually a little more value we can wring out of this statement before it circles the bowl and heads for parts unknown. Much like urinotherapy Francis prides himself on being on the fringe of what’s acceptable to the mainstream. A lot of people are aware of his name, but a much smaller percentage actually take the next step and buy his compact discs or purchase the digital downloads. More people might take a chance if there were more mainstream exposure for his music, but the intelligent and somewhat bitter whimsy of his lyrics is not often palatable to those who’d rather learn how to do the Dougie or the Stanky Legg. That’s not to knock rappers who make candy apple dance songs – their sticky sweet songs are still hip-hop too – but there’s also nothing wrong with getting the raw fruit undiluted. Much like urinotherapy’s practitioners will sometimes boil their byproduct in an attempt to derive what they believe is a purely beneficial essence hidden within, Francis strips away the saccharin exterior of rap songs until the hip-hop essence inside is pure to him.

To some observers the product that remains on “Li(f)e” would be better described as spoken word poetry instead of hip-hop. I wouldn’t argue with that distinction. Every great or poorly conceived rap line is a poem – and those who have studied poetry know that as long as it expresses something important to the author it need not necessarily rhyme. In that respect Francis is more like Saul Williams than Ludacris, more like Paul Beatty than Public Enemy, closer to Gil Scott-Heron than Gucci Mane. On “Li(f)e” Francis takes this one step further than he ever has before. When he sings that “London Bridge” is falling down, that’s not just the hook – he freely alternates between singing and speaking his lyrics over a crunchy guitar riff that’s more punk rock than rap. On “Slow Man” you could mistake Francis for Whitey Ford at times, right down to the white man blues Brian Deck gives this song. Even when he’s rapping on “Worry Not,” it’s not the familiar hip-hop you know. His scattered delivery trips and skips and traipses along at three time, stringing syllables together to fit the rhythm. It’s not music to dance to, or even to bop your head to, but it is the unfiltered essence of Francis boiled down to poetry:

“Killin the time, I’m wringin its neck
Chokin it out and I’m stealin its breath
Suckin it in and then blowin a kiss
to the caution I toss to the wind, like THIS!”

And now it’s time to abandon the urinotherapy metaphor and hit the lever on the side of the porcelain tank. FLUSH. There it goes. I can’t imagine anything more repugnant than ingesting your own urine, but there’s nothing distasteful about “Li(f)e.” It’s not hip-hop music for those who expect perfectly measured bars over pounding bass beats. The clever punchlines are esoteric and not necessarily derived from today’s culture (though I did catch a few “Tea Party” references). The essence of his work is hip-hop, but where previous albums followed a more traditional form of the genre, Francis has branched out on his own in a totally new direction. Most of his fans will chose to follow, while first time listeners may find it hard to relate. I promise you there’s no bitter aftertaste if you give it a chance – in the end you may find it surprisingly sweet.