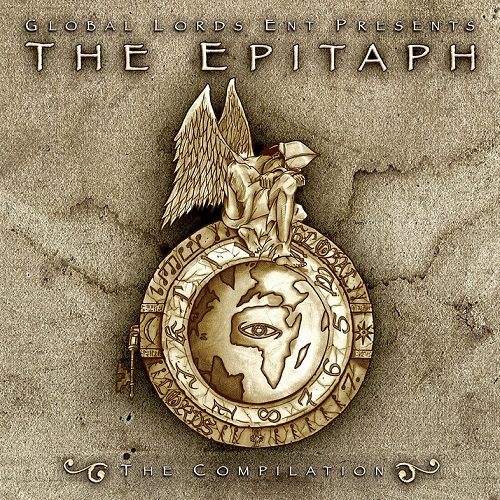 If you want that hardcore, raw, pure hip-hop look no further than “The Epitaph.” It’s a collection of 16 tracks that harkens back to the raw, gritty hip-hop coming out of New York City in the mid to late 1990s. The most surprising thing about “The Epitaph” is that it’s mainly a product of Canada. Sure, the album features a fair number of NYC emcees, but the backbone of the compilation is the production. Produced mainly by up and comer St. Peter, the production on “The Epitaph” sets the tone for album. With a Hell Razah feature, it’d be easy to compare the compilation to the Wu sound, but despite its singular theme of bringing hip-hop back, “The Epitaph” manages to give us enough variety to stand out amongst the pack of other similarly minded projects.

“The Epitaph” is fueled by dope production. St. Peter’s production is consistent, yet avoids being predictable or boring. The tracks tend to be anchored by a dark, murky bass line and livened by energetic samples and synths. “Built to Destroy” is driven by urgent piano notes and equally urgent lyrics:

[KDB]
“It’s been a good year, sarcastically speaking
Obama’s got the mass majority of y’all believing in change
Took the battlefield and just rearranged
Troops from Iraq got put in Afghanistan
And Harper, he would sell this country truly if he can
My people spilt blood and broke they backs for this land
I’ve lived here long enough to say I truly comprehend
Old versus young and woman versus man”

Dark, cascading piano notes give “Triple Threat” a murky feel as Sporadic and Sweats flex their lyrical skills. Eerie vocal samples layered over a simple, pulsating bass line drive the paranoid, social commentary Elezar delivers on “The Epitaph.” Even though the crew of emcees found on this album tends to address the same topics, they do provide some lyrical variety. Sweats and Kaotny deliver a heartfelt story on “Loves Woundz:”

[Sweats]
“She was fourteen years old, six months pregnant
Two abortions already, but one she regretted
Witnessed hard times, whispering thoughts from a dark mind
Watching her mom get beat, so she though it was normal naturally
The cycle continues, confused by how it had to be
Generations lost, we caused too many bad lies
With her hands tied she still reaches for the skies
As she cries she dreams of a better life
Couple dudes, she was their girl, but never a wife”

Even when KDB revisits familiar themes on the somber “Brimstone,” one can’t help but vibe to his dark, cynical outlook on life. The emcees also do particularly well in differentiating themselves on their respective songs. Tellavizion’s fast, confident flow provides a nice contrast to the more deliberate delivery of guys like Elezar and KDB. Basically, the emcees tread the same water throughout most of the album but are dope enough to avoid the monotony and boredom that usually comes with such a single minded approach.

While the solid production is the back bone of this album, all the emcees spit with the passion and hunger necessary to make the album work on all levels. Hell Razah’s track is very dope, but far from the clear cut best song on the album. Guys like Elezar, KDB, Sweats, Eso Teriq, and Tellavizion really take advantage of their songs on this album. The recurring social commentary themes have the ability to become redundant, but the emcees make up for it with raw energy. No one sets out to rewrite the book on this album, instead they tell the same story in a refreshing, headnodding manner. “The Epitaph” isn’t for everyone, but for those looking for that vintage street-hop sound it will be very satisfying.