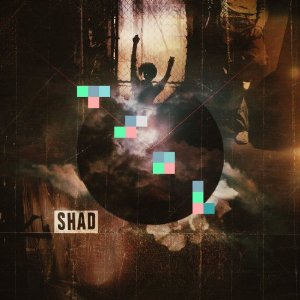 Shad is finally back! After going almost three years without an album, he returns even bigger and better than ever. While “The Old Prince” was an album that gained traction through critical praise, “TSOL” comes to us a much hyped and highly anticipated album. Though the album has been released in Canada for a few months now, October 5, 2010 marks its official United States release through Decon Records. Those of us who have kept “The Old Prince” in constant rotation for the last three years likely already paid our import fees to get “TSOL” a little early and it was worth every penny. Shad’s success obviously presents a challenge to his humble, struggling rapper persona, but even with that challenge Shad manages to deliver another heartfelt, clever, soulful album that shows he is worthy of all the praise he’s received.

Shad kicks things off with “Rose Garden,” a track that acknowledges his success, but reminds us all to keep humble as challenges always await us:

“I’m not in the zone, there’s too much in the way
I weigh two bucks and if I had two slugs to spray like ra-ra
Glenn Beck better duck like Foie Gras
Make shots +Poke+ his +Face+ like Gaga
But mama says forgive, so I give him that bar like a Mars
Then let him live, nemesis saga continues, ranting
While my DJ’s lamping like Green Lantern, sampling
Mansion? Nah, I ain’t rich as Richard Branson
I’m king kong, he’s Vince Vaughn and I play like a champion
In my Monday ball league, nah B, all week
7 days of black power naps, every forty eight
Half hours, that’s 24 star Jack Bauer
Can’t cower when the rain falls
And it falls whether you Ghandi or you Adolf
Fall weather, but there’s always a way ya’ll
Make the call, no rain delay, play ball”

“Keep Shining” continues the positive vibes as it serves as a motivational ode to women. “A Good Name” gives us some variety and personal insight as Shad explains the origins of his name and his pride in his roots. “Telephone” switches things up once again with a clever take on relationships:

“I’ve been called the bad boyfriend and even worse ex
Told put god first and her next
She’s the only girl like Snow White and Smurfette
She’s not, I am dating nobody, nobody’s perfect
And there’s no sure bets, just courage and first steps
We don’t talk, got hang ups and one word texts
Lessons learned on hurt and discipline
And repairs still need a lot of work like Michigan
State improves when I see my Pistons win or when I see my sis again
Its some friends I call when I’m getting bent
Out of shape, overweight, fix that
Fit but no six pack
Cause I won’t do sit ups or give up Big Macs
But Shad you always get a mixed bag
Sadness and joy, wins and mishaps, healed wounds and picked scabs
More ups and downs than a Six Flags
Music with a message, I laughed after the click, don’t go”

Shad ends the album strongly with the next four tracks. “Yaa I Get It” is a tongue in cheek lyrical barrage where Shad flexes his lyrical skills while acknowledging his fans still want the struggling rapper found on “The Old Prince.” “Listen” finds Shad giving props to his favorite artists while “At the Same Time” gives us a somber look at society through Shad’s eyes. “We, Myself and I” finishes things off with an energetic banger.

Shad delivers 13 tracks of honest, refreshing music over superb, soulful production. Fans could not ask for more. By the very nature of Shad’s success, he fails to deliver the same type of album as “The Old Prince,” but that’s far from a bad thing. Shad shows maturity through the ability to expand his everyman lyrics from personal narratives to broader subjects relatable to even more people. His delivery is just as smooth and his lyrics are as slyly clever as before. Shad continues to grow as an artist and has adjusted well to his newfound success. While the old prince no longer has to live at home, he shows true leadership skills in the ability to connect with listeners.