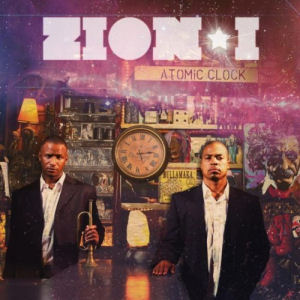 The end is coming. Not the end of time, not even the end of the world some people believe is prophesied for 2012. The end of theALPHABET is coming. Oakland, California duo Zion I may be last on your iPod list, but they’ve earned enough five star ratings since the late 1990’s to still be near the top of any playlist. Classic albums like “Mind Over Matter” and “Heroes in the City of Dope” established Zumbi (formerly Zion) and AmpLive as a formidable rapper and producer team. The lyrical flows invented represented a political and socially conscious awareness without being preachy or heavy handed, and Amp’s beats broke from the traditional West coast tendencies to either have hella thump or G-Funk. To call the instrumentals minimalistic would be too simplistic. They’re beat heavy to be sure but Amp ensures they ooze with tons of soul thanks to the playful samples, hooks, horns and non-traditional percussive notes. The sound of a Zion I album is always distinctive.

Zion I’s choice of album title on “Atomic Clock” has multiple intentions and dimensions. In one sense it reflects the precision with which the duo deliver their creative take on hip-hop. There’s not a single Zion I song where one can say “Man they rushed this one out. The shit’s sloppy. I can’t believe they’d put this on a record.” Even if you don’t like Zion I’s style or sound, it’s impossible to argue with how expertly they put it together. Every layer of a track is melded together beautifully, vocals always at the forefront, tempo matched perfectly, drums that are headnoddingly crisp, and the rhymes carefully considered before being paired with them. One can only find that level of precision in nature with an atomic clock, the most accurate way of measuring time human beings have discovered. Many times this powerful instrument gets confused with the phrase “Doomsday Clock” though, a fictional device for measuring how close the world has come to nuclear armageddon. As of this review, that clock is six minutes away from midnight. If it ever gets to 11:59, you’d better pack a bag and hope there’s a shuttle heading for the nearest M class planet (even though you’d probably die of old age before it got there). Quoth Zumbi: “Time is speeding up on the planet. It seems like it’s dilating and contracting really quickly. We’re living in such an interesting time.”

Of course living in “interesting times” is considered to be just as much a curse as a gift, and “Atomic Clock” definitely reflects that dichotomy. There is hope to be found on the album for humanity, definite “Signs of Light” that shine through even the darkest cloud. Zumbi doesn’t want you to carry your burdens alone, so he and Amp string out a mellow bassline and slow tempo beat to rest your troubles on:

“I know that weight is heavy, look like a deadlift
But we’ll be holdin steady in this space time rift
Now close your eyes and focus, just give it all you got
Baby we close to hopeless, holdin faith like a rock
So build your cornerstone, I’ll take the weight c’mon
Each moment that you hesitate it’s like the chance is gone
Your clock is tickin, don’t be slippin in the darkness
Light as a feather in the heart, let me spark this
Written recipient, the blessing of existence
is independent of material’s persistence”

How many hip-hop albums can you hold up in a philosophical debate about the meaning of life? Not many, but Zumbi’s rap here would be a good place to start, full of observations about self-realization. And as a self-realized individual, Zumbi also recognizes his own tendencies towards “Infatuation,” delivered to a deceptive Amp tempo paired at times with a haunting violin backdrop that gives the song a Middle Eastern feel. The song doesn’t shy away from electronic notes and big thumping bass, but neither one detracts from the simple beauty or gets in the way of Zumbi’s speedy rap:

“Been around a minute so it seemed a infinite
amount of hurt, of course I been in it
Can’t get with it, my soul don’t dig it
Wound so real can’t real ’til you lick it
Or should I say ac-cept
Kick it to the curb, let it add depth
Hold too tight it’ll add, length
Steady lookin mad cause it sapped, strength
I don’t wanna ‘afta live like that”

Who would? Zion I display “Many Styles” throughout “Atomic Clock,” including pairing with Rebelution on the song in this sentence for a smooth yet fully modernized hip-hop reggae groove. “Always” has a hard attacking snare, snap and tap that gradually builds up to a beautiful crescendo for each chorus, right as Zumbi raps “love conquers always, gotta keep your head up.” You’ll find more double entendre on “The Sealing,” a song that implies both the limits over our heads and the limits we give to ourselves. Zumbi notes he was shunned by the music industry in a straight up 4080 move, yet he still has enough vibe to “keep the feeling alive (yeah you probably right)/been dreaming all day, writing rhymes at night/’til the sun rise then do it all again.” It’s honestly hard to put into words how infectious the AmpLive track is on this joint – electronic keyboards, echoing conga drums, a hand clap and a repeating note that never seems to be monotonous all sealed (there’s that word again) together by an irresistable call and response chorus.

Not everyone is a convert to the Zion I sound the first time they listen to it. AmpLive refuses to play by conventional hip-hop rules, so if you expect familiar soul samples, sped up R&B hooks, scratched in or doubled up notes and phrases, and instrumentals that stay unvaried for 4 minutes and 6 seconds you won’t get what you want. If however what you want is songs epic enough to stand out in any mix, songs like “Polarity” featuring Macklemore and Locksmith are exactly what you’re asking for. The beauty of “Atomic Clock” is that from the “Foreword” to the “Auto Automic” finale, you could pull any song from this release and open the eyes of a jaded hip-hop listener who thinks that rap really IS dead in 2010. Zion I proudly and loudly prove that’s the furthest thing from the truth. If the end really is coming, flip your playlist and start with Z instead of A, so you can go out on a musical and literal high note.