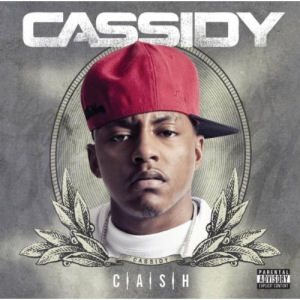 Six years ago Barry Adrian Reese b/k/a Cassidy dropped his first commercial album “Split Personality” and weinterviewed Cassidyabout what seemed like a promising career about to blow up. It was perhaps prophetic that he said “You never know what could happen; one day could change your career around in a 360, and it could be for the better or for worse.” Things have been a little crazy for Mr. Reese ever since then. Covering all the ills in his life would be an entire feature and not a review but the highlights include doing a 15 month bid on involuntary manslaughter and aggravated assault charges, then surviving a car crash that left him with scars and amnesia. It’s safe to say Cassidy has had more Drama than Entourage.

It’s a credit to Mr. Reese that he’s not only survived all of the challenges he faced since 2004 but has continued to release mixtapes and full-length albums including 2007’s “B.A.R.S.” Our reviewer was left non-plussed by Cassidy’s last album though. Mr. Gailes wrote the following: “It’s commendable that he’s trying to grow as an artist, but ‘B.A.R.S.’ is full of growing pains. It makes for an uneven listen that’s disappointing for an artist that’s both talented and well-intentioned.” Coincidentally or not this was the first Cassidy album to not go gold or platinum, although it did provide hip-hop with the popular club/dance song “My Drink N My 2 Step” and continued his long association with hip-hop hit producer Swizz Beatz. That affiliation appears to have ended on his latest release “C.A.S.H.” as none of the album’s 14 tracks have a Swizz beat on ’em. In fact Cassidy has actually stepped up to put in a lot of the work on the boards himself, building on what started with the last album’s aptly titled “All By Myself.” He gets co-production help on quite a few songs, starting with Nevo Da Matrix on “Paper Up”:

“I gotta get my paper up, I’m always tryna make a buck
That’s why when I drive home my phone start breakin up
Them boys bore me with them stories they be makin up
My pockets full like they ate too much
I stay countin paper up, that’s why I stay with a paper cut
Money don’t grow on trees, but we rakin up
I’m cakin up, it ain’t greed, but I need more
Cause I’m the best thing smokin like my weed store”

Having been a punchline rapper almost his entire career, “Paper Up” offers no real surprises lyrically compared to previous efforts and the metaphors are typical for a rapper known as a hustler – some people rake up their yard in the fall to get rid of leaves, while Cassidy rakes up paper to buy trees. It’s good – perhaps even slightly above average – but won’t blow you away. The beat is the more interesting story here – Cass and Nevo collab’ and put together slick guitar licks, good hi-hats and drum kicks, and a melodic backdrop that combine effectively. Cassidy proves a deft hand at making his own music throughout “C.A.S.H.” He pounds the bass and drums with an old school appeal on “One Shot” with Top Notch, gives The Game the kind of East meets West swing he flows on best for “All Day All Night,” and then REALLY shows off his chops on “Girl Like Her” featuring Mya. This song’s destined to blow on commercial radio:

“Yeah; that first night was it love at first sight?
I liked you when I first saw you, when I first called you
That first conversation was makin my blood boil
So now you gon’ get spoiled, enjoy it cause your boy loyal
You a beautiful rose that grew out of some bad soil
Any place, anywhere, I don’t care, I’m here for you
Them girlfriends you got they really don’t care for you
They just try and make up shit to ruin our relationship!”

Cassidy continues strong on the boards from the halfway point on, even proving he can do the Swizz Beatz style as well as Swizz does on “Drumma Bass.” Top Notch does help out a lot though and deserves credit for co-pro where do such as on the aforementioned track and the eerie but ill “Hate Me or Love Me.” He also gets help from Vinylz on “High Off Life” featuring Junior Reid and Rulet Records on “I’m a G Boy” featuring Ar-ab, but is totally on his own for the super smooth “She Addicted” featuring Nalia Boss and the album’s Spanish guitar blessed “Music In My Blood.” It’s arguable that Cassidy has stayed at about the same level as an emcee, perhaps tightened the flow back up just a little, but the true revelation of “C.A.S.H.” is that he has blossomed into a producer with enough chops that it could become a whole new career for him outside of trying to blow up with his own shit. I expect to see Cassidy’s name in the credits of a lot more albums in the future.